This is a post about the Russian satellite Sputnik been found in a painting from the 16th century nearly 350 years ago. It's been hidden in plain sight for over three centuries and nobody knew or put the two things together even though the object in the painting by Ventura Salimbeni called Glorification of the Eucharist. It's plain to see that some talented artists from the ancient world where trying to convey messages and other things through their artworks but to this degree it begs the question why? Is this telling us look I can predict the future now you need to look at my other artworks for what is going to happen in the future and if you see the messages in my other art then you can either stop it or avert it.

The Sputnik satellite has been hidden in plain sight for three centuries and guys, if you don't believe me then all you have to do is check out the painting for yourself... 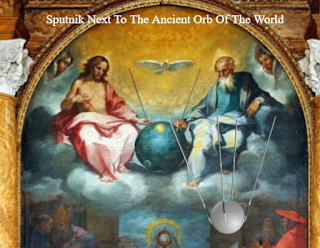 I put an overlay of a PNG image on to the painting so you know what the Sputnik (in grey) satellite looks like in comparison to the one in the painting? There's no doubt in my mind that the artist was referring to the futuristic Sputnik satellite in this masterpiece! If this is the case or just a case of mistaken identity, well then my bad but it look's very convincing. I mean, look at it. Why does it have antennas or aerials on the supposedly image of the universe? Unless the universe is remotely controlled then this makes no sense as there was no such thing as radio control back then and there definitely wasn't any aerials receiving any signals, not at all.


The Russian satellite Sputnik was sent in to space in the year 1957 and was heard by any of the Americans and the Russians, just so there was no argument or doubt if it had been achieved. The Soviet Union launched it into an elliptical low Earth orbit on 4 October 1957, orbiting for three weeks before its batteries died, then silently for two more months before falling back into the atmosphere. 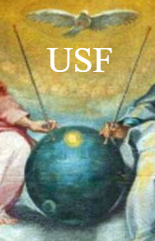 It was a 58 cm (23 in) diameter polished metal sphere, with four external radio antennas to broadcast radio pulses. Its radio signal was easily detectable even by radio amateurs, and the 65° inclination and duration of its orbit made its flight path cover virtually the entire inhabited Earth. Russian space satellite was heralded as the next leap in human existence ushering in the space race and if I was to tell you that it has all been documented in preparation you would think well yes that's obvious?

But if I said that it was planned and documented nearly 350 years ago would you believe me or would you want proof? If you want proof that means your open to the possibility that this could be true...


Link to - Glorification of the Eucharist, 1600 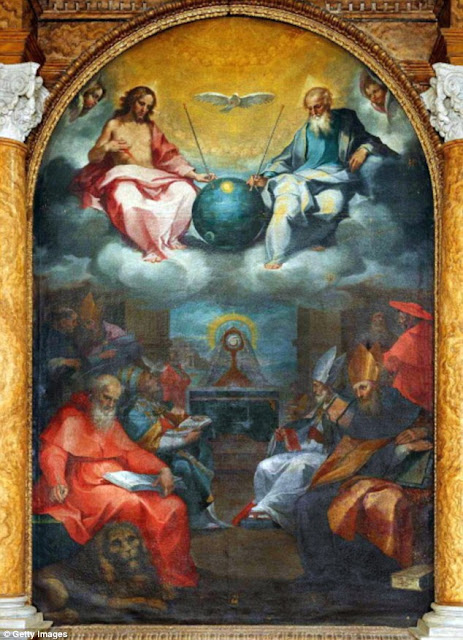 This 17th century work by Italian artist Ventura Salimbeni features God and Jesus looking out over the universe God created. But the strange, rounded object sat between the two resembles Russia’s Sputnik satellite, launched over 350 years later in 1957. 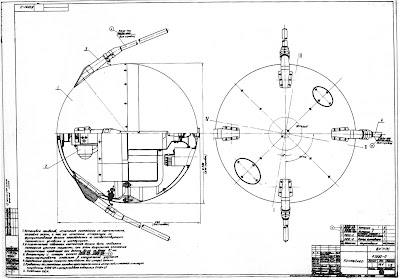 Link to this is image is here.

Now I don't know what you think or believe at this moment but I sure know that I am looking at technology. It is definitely a satellite called Sputnik but in reality it just look's like the satellite called Sputnik. So, what else was around in the year 1600 that this could be? Nothing because this is the artist's representation of what the Universe God created look's like?


So, again another red flag because here the artist can get in to his works hidden knowledge, secret knowledge as it doesn't look like anything and he can say "when asked" it's a representation of the Universe and people back then would say "how imaginative" or what a wonderful expression of the unknown universe? 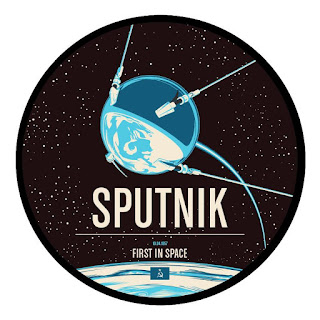 Here's an awesome image I found of the amazing Sputnik satellite declaring that it was the first in space. It was a Soviet first and a world first which ushered in the space race even faster! There was a lot at stake and a lot on the line for whoever was in the lead at the time. It was definitely a game of cat and mouse with the Soviets in the lead then the Americans in the lead all they did was swap the titles in reality, although they did do a lot for the space exploration in general terms it was more of a race then anything.

So again, has the artist called Ventura Salimbeni got something to tell us or has he got lucky and designed a representation of the universe and we've given him credit for been a sooth seer or a Wizard with secret knowledge? Personally I believe it's the subconscious mind at work, the infinite soul and the infinite wisdom communicating. If this subconscious is real then it must have a way of communicating and what better way than to leave calling cards throughout history.

I know it's a long shot and I might be way, way off course here but keep in mind the idea that the subconscious mind is our intelligence and where we get our "everything" from? So how do we know that we're all just living in their realm and them leaving clues is how our subconscious minds keep everyone and everything in check and in the right direction also on one specific path through destiny?

We might could be getting manipulated through a time chamber of realities that are all just part of one big race. If the soul lives forever then where does my soul exist after this reality or chapter, step or "race" and or game? There's a million and one ways of looking at this and I think that's because we have to have a large place to exist so we do not get bored! Living forever could be excruciatingly boring and sad. It would also be depressing and if we remembered everything fro one life to the next one then life wouldn't be interesting, it wouldn't be worth doing as we would all have the same I.Q and the same characters, traits (possibly) and to one another it would be like looking in a mirror.

So have "we, the souls" devised a place called reality with different levels of existence just so that we can go through reality it in stages of existence and pace ourselves in to bite sized "alive bits" to get through living forever? Infinity is not a very long time, or is it? In fact time is of no use and has no real determinable reason for it being there (I think, my head's hurting lol). It makes quite good common sense to me. If this is real then the bits and pieces I've seen over the years which suggests to me that this is the immortal soul and how it works which led me to think about this.


Was all of it actually planted by myself (or a group of me and the copies of me) in the distant future version of me where technology is just unreal, let's say in around 5,000 years where telepathy and instantaneous travel plus where we can lift huge stones with just our minds and thoughts. I've been seeing breadcrumbs so to speak. I do believe everyone's subconscious is different and applies only to the person with the conscious mind. It makes sense. Like everyone is on their own journey through time and time is forever so your journey is forever because the soul never dies and neither does time. Put the two together and you've got immortal souls.

Here's some of the most fascinating arguments for this been designed well in advance (like 350 years ago nearly). If the sphere is said to represent the universe, why did the painter (Ventura Salimbeni) not include any stars or other celestial objects? The other argument is this, if the sphere represents the universe then why has it got aerials or antennas on the metallic sphere in between God and Jesus as that makes no sense not even to people of the 16th century I presume? nothing about this undeniably magnificent painting makes sense other than the painting containing examples of God, Jesus and technology?

Our sources of inspiration can be found here on Wikipedia and also here on YourNewsWire and here ninfinger for Sputnik 1.