NASA is always cutting it's live feed as a UFO shows up but this time this one was caught out big time. It's not clear who first saw the UFO but as you can tell by the Live Feed from NASA, they surely did see it! Luckily someone was watching this and that's good. Here's a post about another UFO on NASA's live feed but this one is in very good even high definition. 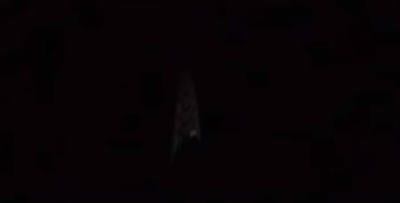 NASA live feed cut again after high definition UFO comes right in to view so yeah NASA is at it again. Even though this was caught on the NASA live feed a while back I have redone this video and here's my version? I slowed it down, and I left the infamous grey screen in the video because that's to show you what they "always" cut to when they see an anomalous object or as in this case a fat juicy UFO turning up unannounced. All image credit's go to NASA whether they like it or not? It was caught on their feed.

NASA has this public feed for everyone to go and watch, it obviously edges it's bet's when weighing up the chances of a UFO turning up. But this time the house won i.e the Aliens because that is not anything from Earth of that I can give assurances on.

Credit goes to NASA Live Stream even if they want to admit that UFO's exist or not? Even though they're looking for life in the universe, they treat people that see UFO's like insane people? Which is it? Are they AND you insane for looking or is it that they're jealous that someone see's a UFO and it wasn't them? It's true that aswell.