There's not many sea creatures in the mysterious deep but this is a whole new type of sea creature washed up on a Russian beach. This could be real.

A HAIRY giant "sea monster" has washed up on the shores of eastern Russia leaving locals baffled as to what the beast is. Here's another really bizarre but not unique and that's a fact because even I had found one of these disgusting creatures myself just this year actually. Here's the link to that disgusting mess on the Fylde Coast beach in Over Wyre. 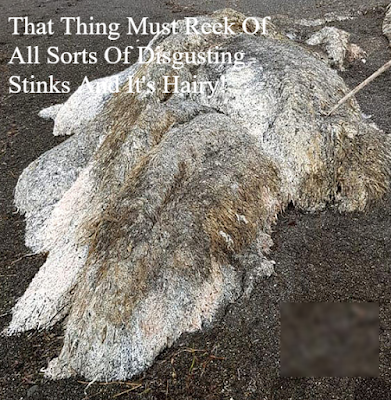 I'm always flabbergasted when I stumble across these amazing "animal kingdom throwbacks" because let's have it right, these must be from Earth and a product of the natural kingdom? So these must be part of the animal world but where this one in particular fit's in is anyone's guess? I suppose it must be on the Chupacabre list of weird or strange animals? If there was such a list then this has to be on there right.

So where did this come from? Who gave birth to this and that's the question because if let's say for an instance yeah "if this is a DNA experiment and deliberately made by some weird experiment for kicks by scientists then that's just wrong and how did it get loose or was it set free on purpose to pollute the genes of other marine species like whales? Is it a Dinosaur that's been dormant and just woke up either through dormant genes or sleeping in some undersea cave and has come up? It could of had its own air supply in an undersea cavern? 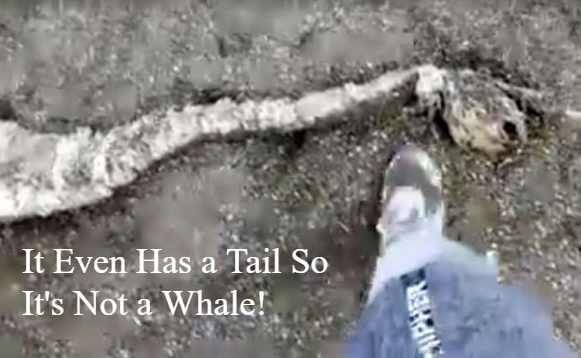 We might never know and seeing as though this is but a "discovery" and washed up on the beach then everybody has a legitimate opinion and everyone's opinions count and nobodies is more better than anyone else's! Just because someone might be a marine biologist or a geneticist that doesn't make them experts in the freaky and weird or are they claiming this as a "extension" of their degree?

I'll tell you now, they did not take this freak in to account when they where taking their exams, experiments etc. So everyone's opinions matter, count and everyone has a valid point to make because there is no wrong or right answer when dealing with this type of "unknown" sea creature. And that's a fact. Nobody is more less qualified. Link to our source of information.


So, I found this post online that caught my eye and thought "OMG" this is weird as I found one on the beach just not long ago and that was freaky to say the least. I never knew I would find something like this? I posted it and it never actually went viral. So posting this is for the fact that I want people to see that the one I posted was not a "one off" and that this type of thing actually does happen regularly or at least it does if you look for it, online or in books and research historic accounts of strange and mysterious and freaky monsters and creatures washing up on the world's beaches. 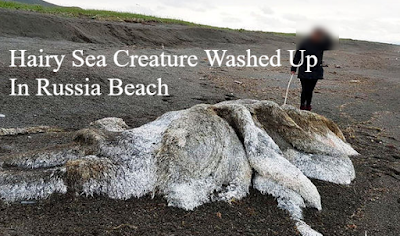 If you know where to look ye shall findeth thy monsters in the shadows. Post from express online:

A “smelly” carcass of a “baffling behemoth” was discovered on the Pacific coastline of the Kamchatka peninsula close to the remote village of Pakhachi. The mysterious beast quickly attracted curious residents but no one was able to identify it. It is reported to be longer than three men, and has a tail or a tentacle. The beast is covered in a chalk-coloured hair and has “no definite head or eyes”.


According to the Siberia Times, the monster was too heavy to be moved by locals. Witness Svetlana Dyadenko posted on social media: “The most interesting thing to me is that the creature is covered with tubular fur. “It does look like fur, but it's tubular, as if a lot of tiny pipes hang down the carcass. It’s a really strange-looking creature. “We Googled it and couldn't find anything resembling it.

So head on over there to get the full story, quick! It's going to wash back out to sea probably? If you liked this manserous and "disgustingly stinky, carcass" then you must check out the really horrible and melting pile of muck that I found on the Over Wyre beach? It has a skull like a human and a body like a... I honestly don't know what it look's like? I first thought it was a Seal but nah, you check it against any Seal skeletons and it aint that for sure. Nobody knows what it is (and me), yet there it is, it is real. 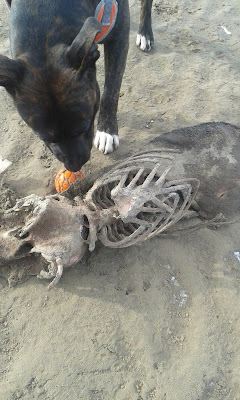 This is just one of a few amazing images.