People In Kazakhstan Thought They Were Been Invaded By Aliens | Update

An apparent "Alien attack" in Kazakhstan was well underway with the locals positive that the massive Alien fleets in the night sky was coming for them!
You've gotta admit with today's technology, the movies and the "anything's possible" attitude, no wonder people in Almaty, Kazakhstan thought this was it, the Alien invasion had come?


I'm talking about the Alien invasion we see in nearly every science fiction TV show and it seems like every other movie coming out of Hollywood is another convincing Alien invasion movie! 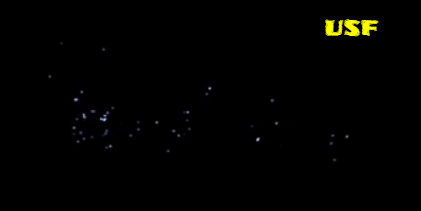 The technology coming out of Silicon valley, the rise of autonomous drones, spaceflight, SpaceX, Starlink and all the other amazing robots and gadgetry (just look at Japan, Tokyo for instance) and no wonder the people of Almaty thought an Alien invasion was underway!
Some people watch these science fiction movies with some being very life like movies with storylines intermingling between reality and fiction and struggle mentally to distinguish the two and so believe half of it and think the rest is plausible! Thats a possible bad situation for some mentally unstable people in the world?
Just look at these epic UFOs in TV shows, movies and also books have a part to play also. The point is that when this huge fleet of UFOs went overhead in Almaty, Kazakhstan some really did believe that they were Aliens and Aliens we're invading!
You know what, I've seen this somewhere before? I remember seeing a news broadcast where a massive fleet of UFOs was caught on camera? I'll dig out the images as I know I saved them. But, i also know thst the US has had this very same problem in the early 1900's with the Orson Wells story was broadcast on the radio. People actually dug in and was exchanging fire power (in their mind) with water storage tanks! There was other quite scary reports from all around the USA about an Alien invadion. 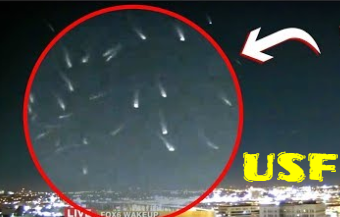 So, heres what happened:
The Almaty, Kazakhstan mass UFO sighting. 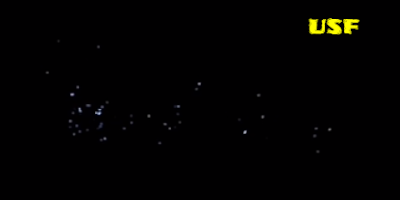 They were spotted by locals in the southern Kazakhstan city of Almaty by locals including Zhan Syzdykov who had mind and proceeded to grab his camera to shoot this footage from his balcony. The video shows what looks like a cluster of bright unidentified flying objects (UFOs) hovering high in the night skies.
A man's voice can be heard in the background of the video saying:
"Is it some kind of message? I wonder what it is, I man seriously?”
Another person then replies:
"Look, they are getting back together! We are being attacked by aliens!"

The video ends with the bright objects still sparkling in the sky. The footage was published by major Kazakhstan news sites and sparked heated debate online - on the nature of the flying objects when Kazakhstan authorities declined to comment on the matter.
Zhan Syzdykov said: "You would think there will be some kind of explanation? I was hoping to see something in the media but no, there is silence."

Local Sergey Iomaev said:
"I felt real fear when I looked at it, I felt like something unnatural was happening like the earth was spinning wrongly."
But others took it less seriously with one commenting: "Some forgot to switch the light off".

Link to the video is here on Express Online.