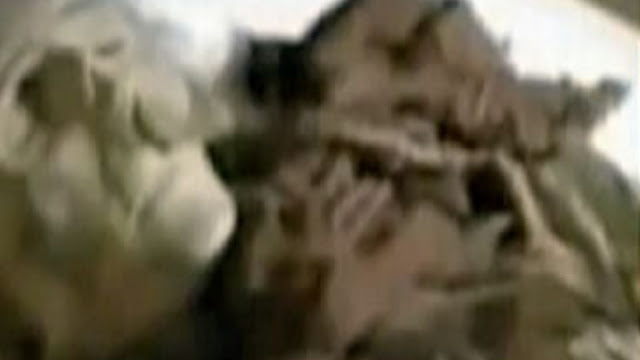 Russian scientists allegedly found an 800-million-year-old woman inside a coffin full of a strange substance.

According to official data, the oldest records that could have been obtained from humans on this planet are 30,000 years old.

According to the general science, the age of humanity is more or less than 30 millennia, so if confirmed, we would have to change all our history books.


If this story is correct then guys, this is history changing, it means technology is older than we thought. It means everything ever taught in schools was fundamentally wrong.


Exorbitant was the surprise of the researchers at the time they found a strange marble coffin and uncovered it to see its contents. In fact, the discovery was not recent, but occurred in 1969, in a region called Kemerovo, inside a coal mine more than 80 meters deep. 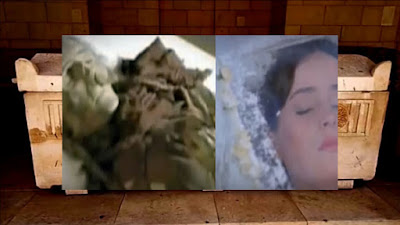 Seriously, it comes down to belief or the amount of knowledge that you have which will aid you in making your own mind up as to the validity of the story. Obviously there's the images, there's the sarcophagus and then there is the body - put forth by the people of the USSR from 1969 and a very secretive Government (or was they) - I'm presenting the story for you guys to make your own mind up?
But first...
I'm telling it how it is, I'll give you my opinion also. One thing I do know is that communists only tolerated their way or the highway (is what I thought growing up). But hold on a second...
See, the thing about Western countries is that if it is not their way it's definitely the highway. Lets have a quick comparison shall we?
Look at all the negative things that we was taught about the communists growing up. Look at the trade embargoes, look at the stuff in your home right now from a communist country. Exactly, there's nothing but yet they have massive GDPs. When was the last time a Russian song was played on the radio? On TV?
But yet western songs, clothes and influences are everywhere in Russia. So, do not believe it when our Government says that Russia is not a tolerable country because in reality, it's us who are not tolerable. Don't believe anything, unless you sincerely look it up yourself on your terms without an agenda or an ulterior motive behind it. Wake up.
If anything, take from this what makes sense to you.
It was a normal day of work in that mine, one day in September '69, when Karnaukhov, a daring mining worker, found a very strange object, like a kind of sarcophagus or coffin, which they then took out of the depths of the earth and open in public, for all the inhabitants of the village Rzhavchik Tisulskago.

Those people were stupefied, noticing that there was a woman there, but her body was intact, as if it had been buried a short time ago. Her body was inside a strange liquid, transparent blue-pink color, which seemed to keep her in those conditions. The whole town was baptized as "The Princess Tisulsky." 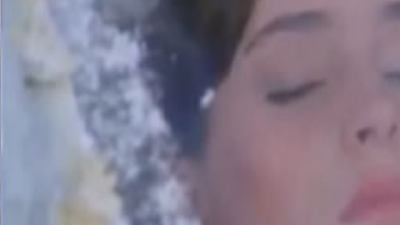 That image was impressive in the sight of a hundred people. He had a particular beauty, his blue eyes, open and large, very similar to a European woman. He looked 30 years old, average.
She was wearing a white, transparent dress that allowed her to see her body since she was not wearing any underwear. It gave the impression of being asleep. 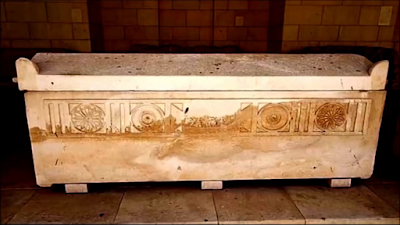 Surprisingly, in the head, the woman wore a kind of rectangular black box, similar to a mobile phone of this time. After their prolonged exposure for almost 24 hours in that village, the tremendous find was reported to the authorities of the district center.


What was this "strange blue - pink liquid in the sarcophagus? What was keeping this woman in a good state of preservation for all them 800 million years?


Soon, a helicopter, along with several soldiers appeared on the site, where they evicted all the people, warning that this site was contaminated and was "contagious to humans."


Continue to read the story on UFO Spain here.