Silver UFO Crashes In Kazakhstan And Locals Try To Open It

Here's a crashed UFO video that shows us the locals of a Kazakhstan town descend on the Unidentified Flying Object and literally try to open the possible Alien Spaceship. This is a true anomaly and a true event. There's many times these have been reported crashing around the world but more than usual they do not come with a video and close up images of locals trying to get inside the UFO? But this post is different and this post is amazing, we suggest you check it out at least for your own satisfaction either one way or another? This is a once in a lifetime event and the locals in Kazakhstan was probably privileged to witness such an epic historic event. 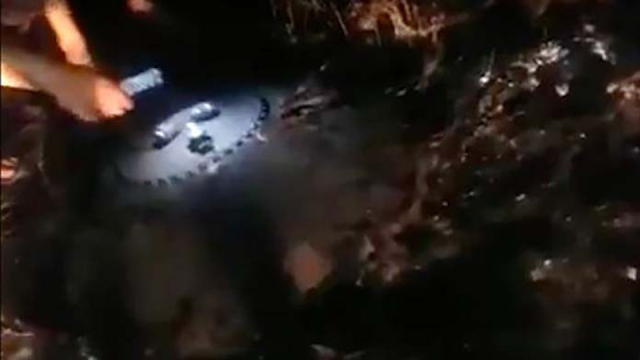 This is the most unusual crashed UFO encounter we've probably ever covered because the locals actually got to it before the authorities and a video leaked from it plus some amazing photographs have leaked from it showing the actual crashed UFO. it's silver in appearance and has a hatch. The video is at the bottom. 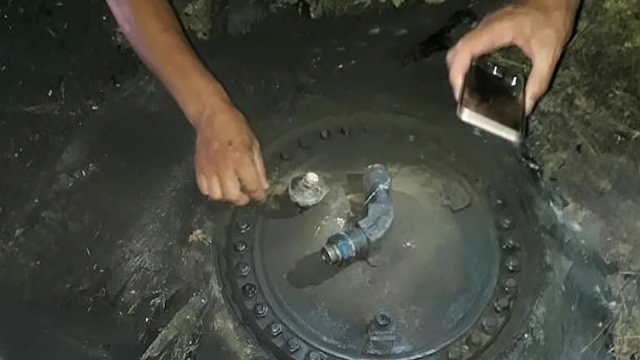 The locals can be seen actually trying to open it. Personally i'd already be inside of it, carting off Aliens for a debriefing but that's just me, lol. When the authorities finally do turn up as you can guess they did - all the telephones, internet and mobile phone signals are all turned off. Yes, the area is on unofficial lockdown but this amazing video made by a local and the images manage to get smuggled out maybe in budgie smugglers. We'll probably never know how it was smuggled out?


So after researching (as I always do) I happened across this epic story which has a ring of truth to it, even though it's the basis for a Hollywood movie. There's an air of "probability" to this because of the events following the crashing of the UFO, plus there's the amazing video. Even though the video could be about anything, it makes me think that this is a genuine UFO - Unidentified Flying Object in the truest sense of the words. Here's the story:

Two glowing balls were seen lighting up the midnight sky over the west of the ex-Soviet republic of Kazakhstan. The eerie UFO crashed near the village of Bostandyk some 1,000ft from the Zhalpakatal-Karasu highway, say police. The object “exploded” on landing - causing local houses to “tremble” and igniting a blaze on the parched steppe destroying bushes and grass covering 100 hectares. 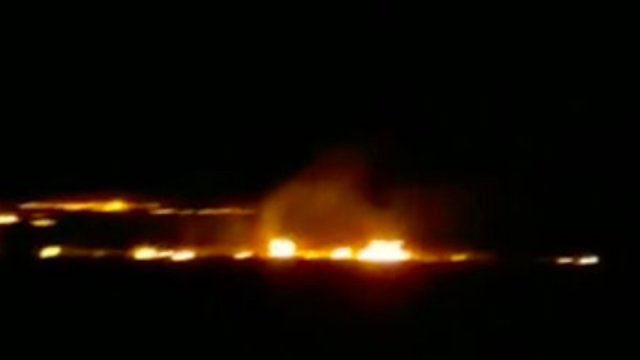 Immediately, mobile communications in the remote area were cut, say frightened locals. Residents rushed to the scene and amid the flames found a silver-coloured object partially buried in the ground. It has a sealed hatch with a protruding valve. Locals evidently tried to open the hatch without success.

A smaller but similar object was nearby. One witness said: “The UFO material does not look like metal. It is soft like fabric.” A law enforcement source said the weird object that fell from the sky was like “a ball that had been welded shut”. The edges of the UFO had melted possible oil entry into the Earth’s atmosphere.


Residents of Karasu village saw the object spinning in the sky with bright lights pulsating before it crash landed. Local woman Assel Mukhambetkaliyeva explained: “This glowing sphere seemed to be spinning around and turning over our village. “Then it fell down somewhere behind the village and exploded. There was a loud rumble. The house trembled. “A large flame and smoke appeared over the place of the fall. We ran out of the house in fright. It's good that no one was hurt.”

The UFO is described as ball-shaped and 10ft in diameter. A second spherical object - smaller in size - was found nearby, according to witnesses. It took firefighters four hours to put out the flames on the burning steppe. Locals have crowded to the scene to inspect the alien object. One theory is that it was a satellite or spacecraft that crashed to earth in spectacular fashion. However, there was no announcement about Russian space launches coinciding with the UFO’s appearance.

There was no immediate official comment from the Kazakh authorities nor from space officials in neighbouring Russia. The first call to police was at 12.07 am local time on Thursday. News about the curious UFO has only just emerged from this remote area of Kazakhstan.

Here's that video which was videoed by the Kazakh locals and posted on Mundo Esoterico y Paranormal:


The story with the video:

English.
A huge UFO with pulsating lights crashed and exploded near the town of Bostandyk, in western Kazakhstan. Shortly after the accident telephone calls were cut throughout the area. Apparently it had a kind of hatch sealed with protruding valves.