UFOs in the clouds are on the rise, they're been seen everywhere around the world and with nearly everyone having a camera phone, well they're been photographed more and more. Maybe they haven't increased at all, maybe they are the same in numbers but because everyone's got a phone camera, it could be that they're just being filmed more now? There's a few rationals to the UFO phenomenon and the Ufology reports in general, but these in particular make me say out loud what the heck are them UFOs in the clouds. Or what are they doing in the clouds. Aliens do exist and we need to be recording their whereabouts because we need to keep a tabs on them. 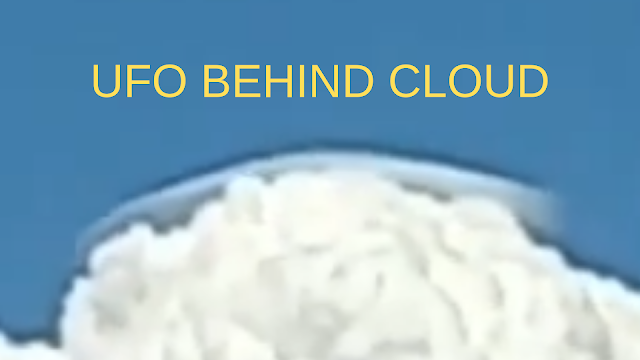 It looks real, it looks solid and it looks like it is a typical looking Flying Saucer design. The clouds are obstructing the lower half section of this "cloud anomaly" which makes it a lot harder to make a determined decision so we'll have to settle with opinions and that's based on like I say:

So after making that list which is a gut feelings response list, from a feeling I got when I first saw this video I'm still confidant with my choice. This not only allows me to home in on my gut reactions and get it right or get better at decisions making when it comes to either believing in something which can't be proved either one way or another or just been confidant in the choice I make. There's another weird video of the strangest thing in the clouds at the bottom of this post, check that out, it's very funky.

I'd rather make a decision which will later on be validated but if it can't be validated until we capture an Alien and "it" admits to been here on this day in a Flying Saucer above this specific cloud, then I have to be happy in the choice, which I am. If I can tell you one thing that might help you make similar choices that would be to just believe in yourself and don't waver and have faith. 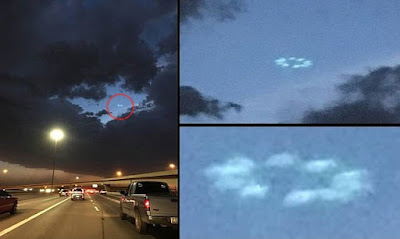 There'll be things pointed out that you didn't see or think about because there might be any number of people seeing this post. But that's a good thing because you can go back, check it out and tweek your "gut feeling response" so that you get it right next and even if it still can't be validated one way or another then so  be it. Your always learning so remember that.


There's been UFOs in the clouds for many, many years just lurking and these images prove it. 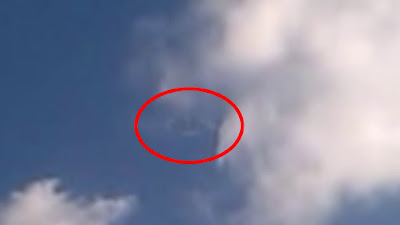 Clouds are a perfect bush )so-to-speak) to hide behind for any passing UFO? If there's any better place than this I think they would of found it and would of been exploiting it, but they havent and they do use these clouds as cover. There's examples after examples everywhere. 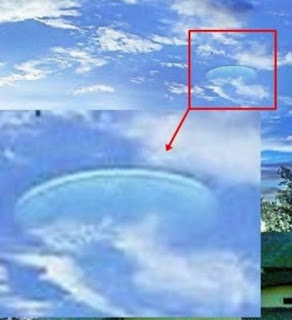 With anomalies in the clouds on the rise there seems to always be some sort of "rational explanation", but this one is just way out there on a deserted island by itself! It's fantastic. The clouds are moving around from the get go when you start the video (below). It's spooky, it's weird and I really don't know what I'm seeing here in this video? It's got to have an explanation, but what.

The video below is strange:


Seriously there's something in that cloud, there's something that looks like it's wriggling around or trying to free itself from some invisible bond? It's the best way I can describe it to you? You can see it yourself, how do you explain what's happening in the video.