A very rarely seen Sea Cucumber has been videoed by a deep sea dive team off the coast of Antarctica and it has been given the nickname "The Headless Chicken Sea Monster" because yes you guessed it, it looks like a headless Chicken right before it's bunged in to an oven and cooked. This is a freaky looking sea creature and it's definitely a Monster. 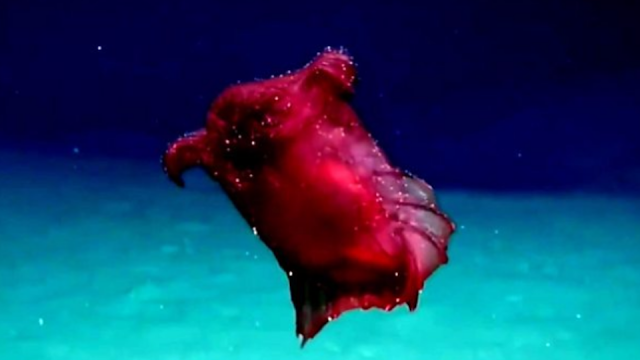 A deep-sea swimming sea cucumber has been filmed in the Southern Ocean off East Antarctica for the first time. Real name Enypniastes eximia, commonly known as the "headless chicken sea monster", the creature had previously only been filmed in the Gulf of Mexico. 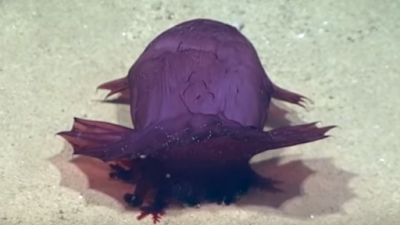 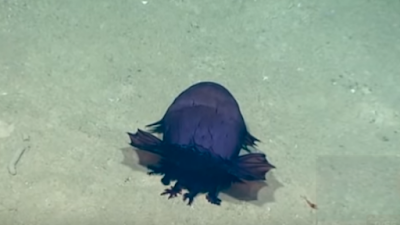 Data from the underwater cameras will be fed back to the Commission for the Conservation of Antarctic Marine Living Resources, the international body managing the Southern Ocean.

A magnificent creature dubbed the "headless chicken monster" was recently caught on video. One person who commented on the video stated:

I though that was a literal chicken swimming in the deep sea...﻿