Red Beam Coming Through Clouds From Space In Canada

I'm speechless by this amazing red laser beam or plasma beam which is over Canada (Edmonton to be precise) and it is coming down from space. This blows my mind because that shouldn't be happening and it conjures up images of UFOs in space firing lasers at each other or the International Space Station as I have pointed out in this post that the ISS was actually under attack by a UFO which did in fact fire a red laser at it! How much of a coincidence is that? The ISS is attacked with a red beam of light then Canada has a red beam of light coming through the clouds from space. This is a definite mystery. It's a very strange, intriguing but if true then it's scary. I don't want to even think that Aliens could be up there and up to no good? But this is real, this video with this red beam is real. That's not the question, the question is this: Is that a flare from the oil refinery in Edmonton Canada? I say, no way. There's no way that a flare acts like that. Check it out for yourselves, the video here is stunning. I like the whole story to this and I like it because it's a straight up mystery. 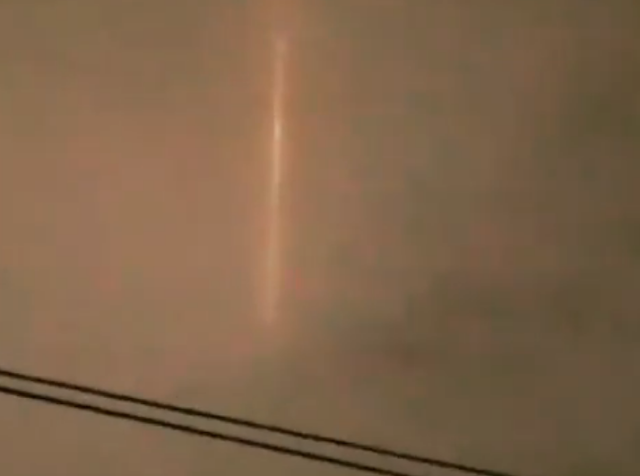 
This red plasma beam (or laser) must be coming from space and it must have a source originating at an intelligently made source and that's based on the fact that these lasers do not appear naturally in any way, shape or form in clouds! 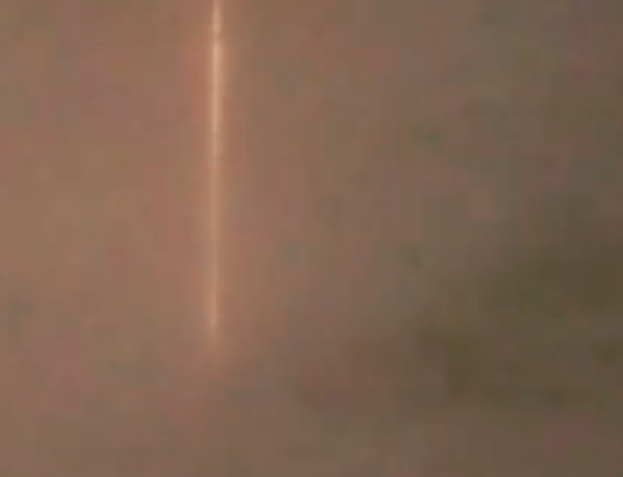 Like in the video someone mentions "HAARP" and I immediately thought that too? Is this HAARP operating in space or operating in Canada firing up in to space? It's very strange and very interesting anomaly and what has the government got to say about this? Considering it really only just happened the government might not know lol?

There's no known source in the known universe that we live inside of and in the visible spectrum of the light wavelength where this occurs naturally - so it must be either man made or Alien made in origin and that's just "the top and bottom of it".

Beams of light like this are rare but not unheard of (see blow story) and if I'm not mistaken even they was never successfully identified?


Below is the video showing the red beam of light coming down from the sky or space (where else can it come from up there):

So after doing some research I came across an amazing piece of information that the International Space Station was actually "thought to be under attack" when a UFO apparently fired a "red beam of light" at it! Sound familiar...

How much of a coincidence is that?

Well, as you may know I don't really believe in coincidences - because everything starts off with a movement, intention and as you know everything has a reaction so it's either on purpose or inadvertently happened either way it's all part of the reaction from an action. 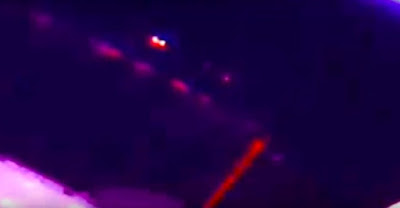 This is the image (above) that was taken when the UFO apparently open fired on the International Space station. Is there a space war actually going on and is this why President Trump has started the Space Force? Who knows what's going on nowadays as anything is possible because we know this through our past, humanity has always achieved the impossible.