Australia has seen some really good UFO encounters recently and some of them are absolutely mind blowing if real. This UFO sighting caught on camera has the potential to be an important UFO sighting if it turns out to be real? I suppose we have to wait just like all the other UFO sightings and UFO encounters that ever happened and recorded because we need Aliens to tell us which are real, which are not and so on and so on? Until we get a solid confirmation guys, we can't do anything to move forward in terms of the next step after a confirmed "Alien UFO" because the only one like I say who can do that is an Alien. I cannot take any humans word for it that this is real or that that one is real because there is always that doubt. Yeah, it might be a genuine "got the phone out and filmed it" but that is just exactly what it is! It could even be an unsuspecting fishing UFO. Someone prepares a drone to look like a UFO, they put lights on it, wrap it in tinfoil and they disguise this part and that part and just fly it above a housing area and wait for someone to film it all the while they are out of sight laughing away like a buffoon. This could be a real UFO like Alien in origin but I can't and nobody else can say that for sure, for a definite 100 percent yes. It just can't be done. There is however that "educated guess" but that's all it is, a guess. Even if NASA confirmed a UFO I would still want to hear the Alien confirm it, right? NASA as we all know have ulterior motives. Anyways, they don't even believe in Aliens as we all know but yet all their applications for grants are titled "In search for Alien life". LOL they make me laugh.

This is a great UFO video showing what can only be described as a UFO and it's actually flying right over the houses in a built up urban area. I don't think this is a drone (but it might be) and as the fog is maybe just a bit to much for this to be safely flown, if it is a drone and as fast as it is going, if that's a drone then it is an expensive one.


Would they (hoaxers) risk an expensive drone for this? Your right, they probably would risk it for a good shot in the fog and with the "what is it" factor going as we can't see it properly. OK it's not a lot of fog but there is fog non the less and I just don't think it is a drone.

It could however be a bird? It could be a miniature jet like one of them to scale replicas that are huge everywhere in the world with enthusiasts? 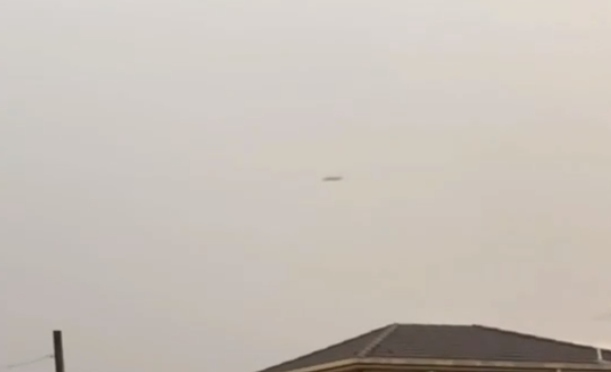 I'm clutching at straws to find out what this could be and as always, it just comes down to individual opinions and individual "common sense" what makes sense to you? I have to generalize what this can be as I want to give as much or as many possible avenues for anyone to explore?

Remember though guys, it is still a UFO (Unidentified Flying Object) until this has been 100 percent verified?


If this doesn't get verified anytime soon or as yet, then we have to just wait until it is verified "where everyone agrees to it being a specific such and such" and yeah, it will remain a genuine UFO but in the terms of it being  or could be anything and not just specifically pertaining it to be a Alien vehicle?

It's a curious and interesting, intriguing and very, very strange UFO sighting - which if I'm going to be honest with you guys, this really get's my mind racing because it just looks "good".

It looks like it really could be a significant event caught on camera here? if it is a significant UFO encounter how exciting would that be? It would be one step closer to all out disclosure of Aliens actually existing.

This is a great video showing what could be a genuine Alien UFO? It is a UFO in the technical term until it is definitely verified "one way or another". Until then this is a great and awesome event, with a possible UFO.


God I hope one day we all get an answer, let's be honest the government or NASA cannot just give a "no" answer and expect us to be happy with that answer that "Alien's do not exist" because there's always that unknown dynamic that they could actually and in fact "exist".

So, based on that guys were just waiting for the yes answer!

And that's a fact.