There are some UFO videos where you watch them and think wow, that was really good or yeah, that just looks real. This for me was one of them that I saw it and thought yeah, that really looks real and the fact that this is an unusual one because the three UFOs converge in to just one UFO and then it begins to light up or glow red, well that just makes it the cherry on the cake of a beautiful cake. The UFOs are flying in formation over a locked and secured area. Someone is peeking over the top of the locked metal fence and is filming these UFOs flying around in what can only be described as a formation flight path. It must be either pre planned or it's intelligent flying by AI computers or genuinely this is a UFO of Alien origins. Guys, we can't rule out anything as we have no answers, no concrete evidence and yet it exists. Therefor the door is open to all suggestions, please don't say fake as we are aware that it could be fake, we're aware that it could be a hoax. Just real comments and answers please and not just one word answers. 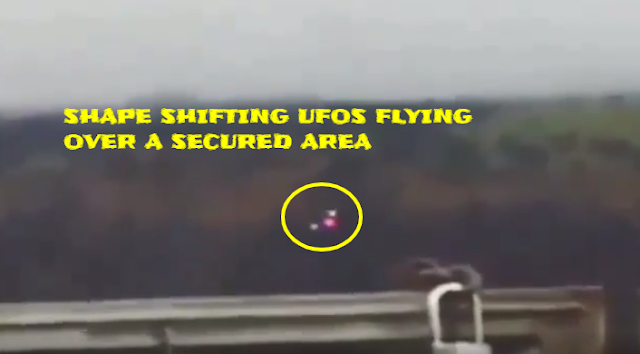 Three UFOs filmed over a secured locked area where flying in tight formation in a synchronized formation even and they did something that I wasn't expecting at all - they all converged in to one UFO. It's a bit bury as the person filming it is outside the secured area and has to zoom in.


They all came together to become one UFO still flying mind you and then the UFO started to flash red. It was a glowing red color. 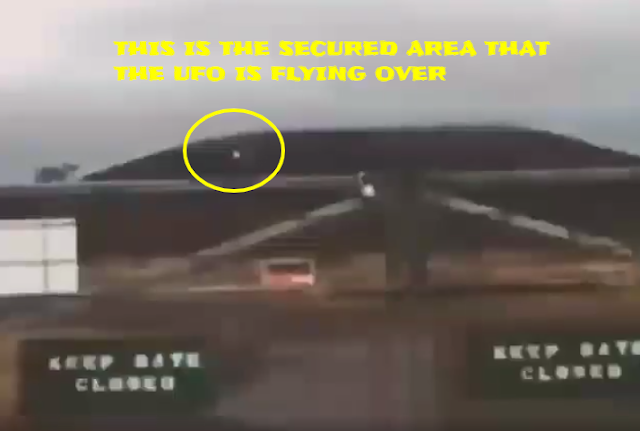 The lack of information with this UFO video suggests to me that the person who filmed this wishes to remain anonymous? That's people's rights, if they want to do so they can do.

The UFOs are white, perfectly timing their flight paths and synchronizing their aerial maneuvers with perfect timing. It's an intelligent display and because the UFOs actually become one UFO this is why I'm posting because there's no drones as yet on the market that turn into one drone in mid flight. The video is probably real and so what is left but to say that this is a UFO? 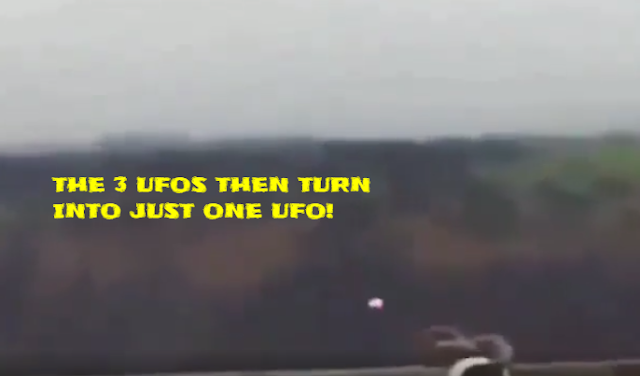 I don't know if it's Alien in origins, I don't know if this is a part of a secret testing facility of technology at the facility where this was filmed which is still as yet unknown.


I'm posting this to get answers myself. 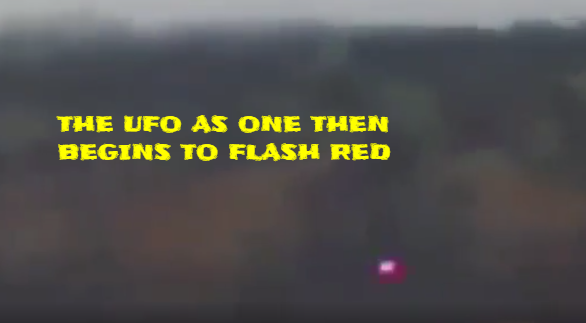 A few comments on Instagram have suggested it is a fake but say nothing else to go with it? I think it's because if they can't understand what they're seeing they dismiss it? It could also be that this is all some people can say when they come across something that confuses them?

One person has suggested it's a hologram?

One person wrote something really interesting though:

This is real, I just saw the same 3 in NJ a couple days ago. 2 white and 1 red. I thought they were Christmas lights in the parking lot, I looked back again and realized they started gaining speed and were getting brighter. They went in between cars and just vanished...

The video is a strange one, it definitely has a good feeling to it and has that look of been genuine. It really could be real and it really could have an Alien origins to it, but it could also have an Earthly answer to it and guys I'm just as curious as you. I want answers to the things that I like, it's why I set up my social sites to get answers.


Here is the link to another UFO Mothership post releasing three UFOs we did before.

If you have an answer or an opinion which is more than a one word answer then please leave us a comment, but please no sarcastic comments as it's getting really tedious and yes we are fully aware that it could be a fake so you really don't need to tell everyone, cheers guys.