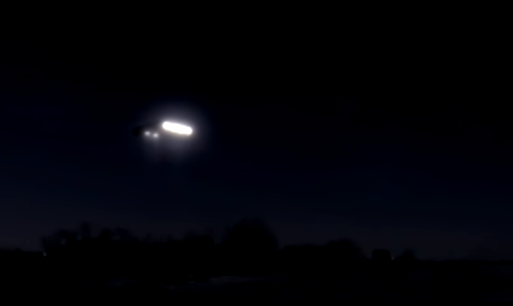 The Police really have confirmed this as a real UFO or Unidentified Flying Object that did happen over Lebanon IL, USA in the good year of 2008. That year was an awesome one.
Quote:

The Police mocked it at first, then they saw it to.

This is one of them cases where the Police start laughing and mocking something that they don't know and they really don't understand - which as everyone should know that's wrong as it leads to hatred.
It could of been absolutely anything and in this case though, it's a verified UFO.


These images are only a representation of what they saw by a graphics artist who created it based on what the eye witness was saying at the time (like a forensics artist).
That's probably the key to why it is such a detailed craft.
Because it was still fresh in their minds.

The Police turned up eating doughnuts (stereo typical) lol, but for educational purposes I'll keep it historically as accurate as possible - and what they claimed to of seen was a very big undeniable UFO in front of them!
They probably then threw the doughnut right out of the cruisers window in a classic movie scene style and gave chase.
National Geographic have put their time and effort in to the creation of the video and yes they interviewed the Policemen to get their fresh insights into the UFO sighting and have it down on film for historical purposes.
That's a good idea, it's a possible Alien vehicle here on Earth and guys, it is not asking for "our permission" from the inhabitants of the planet - but instead of getting an okay, they've chosen to be stand offish, sneaky!
Humans are all to aware of this type of behaviour - it's very blatant and in the humans past, or should I say in our past, that's how wars have broken out!
In fact, wars have started for a lot less than trespassing. 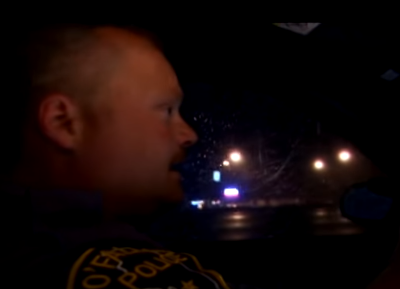 Even the Police saw this UFO and they we're mocking it in the beginning. These laughed along and then when confronted with it, well let's just say that it was taken seriously from then on.
They're there for protection purposes and to serve humans in need. Is this why their training kicked in as they was identifying a genuine threat...


There are many Police forces around the world that have seen UFOs but actually decide to either not report it, cover it up or just bury the files once complete which is in nobodies interest. then there's the obvious interference by the Men In Black. 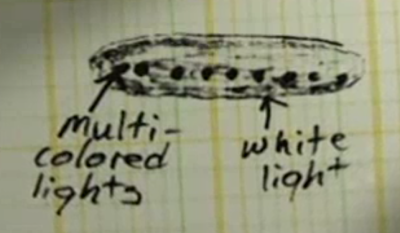 That's those who sweep in and confiscate everything and make everyone sign them "non disclosure contracts" or gagging orders if you will.

The UFO was silent and 6 people saw this UFO over southern Illinois.


A part time truck driver and Mini golf owner saw a very bright star in the sky that was moving really slow, no noise and just as if it was floating. He was reluctant to tell people and drove to the Police station and reported it and they all started laughing.

Thankfully we have at least one Police force willing to go on TV and the record and say they really did see a genuine UFO and guys as you and I know, it only takes one UFO sighting to be real and this very well could be that one...