Updated today 13th February 2020.
What could this be that fell from space and landed in Russia. The guy giving the running commentary in the video hits the nail on the head when he says that it could literally be anything. It's a great example of what happens straight away after this type of incident.


There's a massive difference between what would happen in the USA and what happens in Russia. I'm talking blacked out with no recognizable insignia's or logos - helicopters and perimeters, men in black and cars, trucks and flatbeds all working in complete precision as one.


This is a great example of what it looks like straight after an unknown object falls from space.


It's not exactly a meteor with an eye extending from it but it's definitely something hot, on fire or combustible materials so it's either not fully a meteor or it's set fire to the thing it landed on?

The disease and organic materials is a great angle to come from because of the many examples of strange stuff coming from space like the red rain in India or the Goo from Kazakhstan? We also real titanium balls with a substance inside whichhad real DNA within it! When you expect to see a huge meteorite in the once beloved garden you once used to lounge around in, and whatever landed has destroyed it all - that's when you know this is serious.


There's not a lot of information that came with this video but the actual video itself shows us all we need to know. It wasn't actually that big, but big enough to destroy everything and it's definitely sat in a crater and it's glowing red hot.
Then it literally could be anything as normal stuff burns up. Omg this turned out to be very, very interesting and historic indeed! I knew that this was different from the other meteorites. Check this quote and image from the BBC: 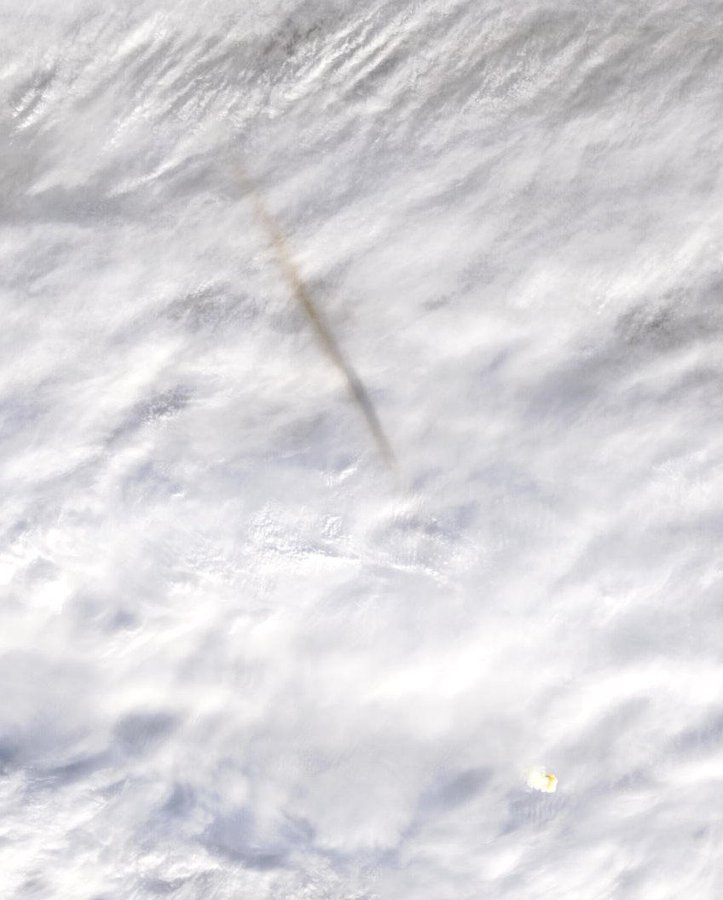 Above NASA satellite caught this meteorite coming in as they are good at predicting it's entry point! Bit of insightful information there...
Quote,

A huge fireball exploded in the Earth's atmosphere in December 2018, according to NASA.

The blast was the second largest of its kind in 30 years , and the biggest since the fireball over Chelyabinsk in Russia eight (now) years ago.

But it went largely unnoticed until now because it blew up over the Bering Sea, off Russia's Kamchatka Peninsula.

The space rock exploded with 10 times the energy released by the Hiroshima atomic bomb.

Lindley Johnson, planetary defence officer at Nasa, told BBC News a fireball this big is only expected about two or three times every 100 years.

(Just on another subject - the theory that Aliens detected the early atomic and nuclear bombs going off seems irrelevant now as meteorites have been exploding like this all the time on Earth so why are human explosions different from this type of explosions)?
Update February 13th 2020:
The BBC,

What do we know?

At about noon local time on 18 December, the asteroid barrelled through the atmosphere at a speed of 32km/s (20 miles per second), on a steep trajectory of seven degrees.

Measuring several metres in size, the space rock exploded 25.6km above the Earth's surface, with an impact energy of 173 kilotons. (That's huge).

"That was 40% the energy release of Chelyabinsk, but it was over the Bering Sea so it didn't have the same type of effect or show up in the news," said Kelly Fast, near-Earth objects observations programme manager at Nasa.

"That's another thing we have in our defence, there's plenty of water on the planet."

There's not much information and that is probably due to the fact it really only just happened? It was only on the 24 of December 2018 - so about roughly two months ago this happened. UPDATE:
The fact that the US military had to notify NASA about this tells me something to do with space objects like satellites or spying equipment might of been involved? But it could still be a UFO crash landing... 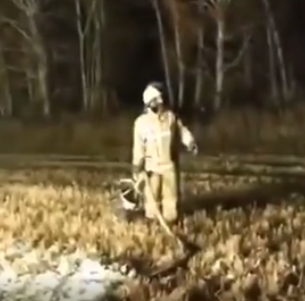 I will keep an eye out for anymore information related to this meteorite landing in Russia and if I get anymore I'll update this post with it.

This is a great example guys, the commentator talks about the right things that we all should do when we come across something like this and that is to NOT go near it.

It really could have Alien hitchhikers on it in the form of diseases or bacteria.


The locals don't always get to the crashed UFOs, sometimes the authorities have the upper hand especially with helicopters and planes. 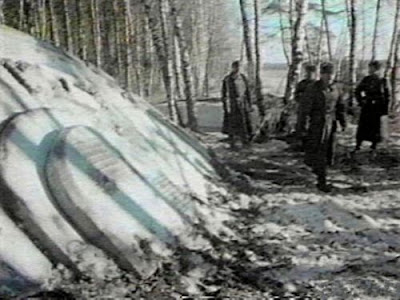 Seriously people in Kazakhstan actually discovered a crashed to earth object and they filmed themselves trying to open it. Here is the link to that post with video.