UFO Caught On Camera At An Electric Thunderstorm

This post is about a UFO which seems to be either looking at an electric thunderstorm transfixed or this UFO is trying to go through it, go round it but can't. The UFO itself is a dark black UFO with no lights or any landing gear. there's no visible aerials or antennas, exhausts, propellers to propel itself forward which leaves me to think that this isn't a drone or any man made objects and the only conclusion is that this is a UFO. With such a powerful backdrop to use it seems highly unlikely that any hoaxers would not put this tiny UFO in this video. I don't think they'd waste it to be honest with you? It's an electrical thunderstorm with such magnificent views that this would be a gem in any hoaxers tool kit so to waste it on a UFO that can hardly be made out just seems highly if not improbable to me? But what a video this is, it's fast becoming a fave of mine. But sadly I've been wrong in the past when I thought a UFO video was real and it was proven to be a fake - some of these UFO videos are just so, so good. They can fool anyone and they regularly do fool even some of the top Ufologists in the world. I'm sure I'll be wrong again in the future regarding UFOs been real or not? It's all still up in the air anyways because until Aliens actually say "no or yes" that is not one of ours then yeah, until we have a real Alien here on Earth saying that's real, that's not ours etc etc then don't be afraid to commit to thinking or believing that a UFO is real because Aliens are real and they got here somehow didn't they? There could be more than one Alien which means there could be more UFOs so don't give up on Ufology because they really do exist. 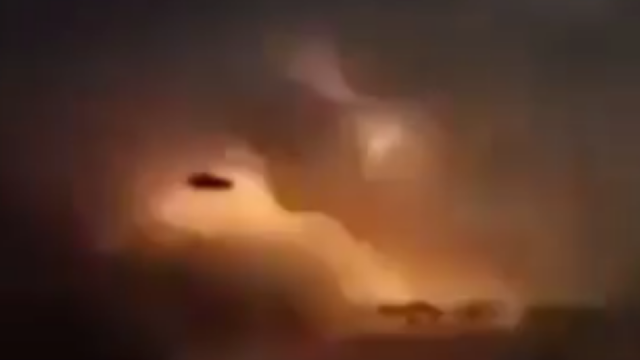 What a really amazing electric thunder storm that is. Just capturing that natural event on video alone would be great but (probably) unbeknown to the person videoing this "wonder of nature" there was another visitor just as transfixed by the raw beauty of this electrical thunderstorm.


And it wasn't another weather enthusiast but instead it was a UFO or Unidentified Flying Object literally cruising by the storm. 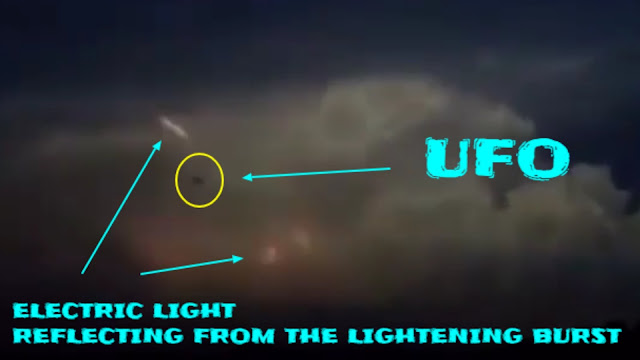 It's topped off by a UFO that seems to be either A - checking it out or B - it's caught up and transfixed by it, and C - it's taking energy from these lightening bolts or strikes just like they did in this video (link is here to the post)?

Let's not forget though, that it could very well be and I mean a "very well" made hoax, but I'm not to sure as it is fitting in to my own checklist. 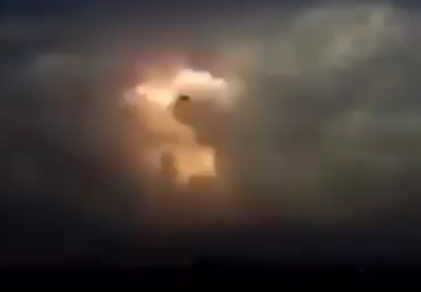 It's not a comprehensive list but it's based on common sense and the gut feeling that we all get when we have that very first impression - and still as far as I can tell this is standing up to scrutiny.

It is by far not the best quality but for what it lacks in overall quality it makes up for in the natural beauty and amateurish "eye witness" video which I really do think add's to the evidence of this been real.


With such a dramatic backdrop as this one you'd really expect to see a massive silver or gold UFO with thruster's and lights etc (the bell's and whistles) over the top UFO but actually instead there's this unassuming, very dark "eye shaped UFO" slowly flying slowly past this electric thunderstorm from right to left. It could be mistaken for something else.

It can hardly be made out.

Why waste such a brilliant backdrop on a UFO you can hardly make out?

To round it all off, It really feels like the person is genuinely videoing this but doesn't even know it's there!

And that's just a first impression that I got. So yeah, this has merit but then it also has other stuff going against it like...

When I find one I'll post it. This is one of them times where I would say that if it is a fake then why did the hoaxers waste this very dramatic and very stunning backdrop? That for me again is another common sense approach to this cool video.

This video is one that has got to leave an impression on you because of the brilliant illuminating and epic lightening strikes. It's a video where even the UFO is dwarfed by the immense and raw, natural power that is given off with every single lightening strike. The fact that a UFO is present makes this an absolute gem of a video.

Please share this video and lets all get some answers, because I'm sure that there's someone out there who can figure this out completely or can see something that either you or me cannot see - once and for all! Sometimes it's like that as we do get in to a routine pattern of thinking and sometimes (but not always lol) the most important answer(s) is staring you or me in the face - but we just can't see it.