UFO Over Walmart Car Park And Hovering Over A Family

This isn't a search light or a stadium light as this ufo is hovering right above the heads of this family in Walmart's own car park away from anywhere. The ufo is definitely real or should I say that the video of the unusual aerial phenomenon is definitely real. People have been commenting on this that the "lights" are from a stadium. There's been comments that this is a promotional stunt but no matter what you think or say, there's no obvious beams or anything like that from the sources on the ground so it's not a promotional stunt. There's no stadium "above" Walmart that I know of and even if there's a stadium near by, it's still not above Walmart is it? It's not fireworks, swamp gas, weather balloons, normal balloons, it's not a blimp, it's not sky divers and it's not Harry Potter in the blue car that flies. Guys, go with what you feel it is. People will try to tell you it's this it's not this (me to) but I won't tell you not to stop figuring it out because I have all the answers. I don't and all I do is give my opinions. Some people hate that, some people like that - it's just the way it is. Go with your gut feeling and try to rule out as much as you can with your own judgement, your own feelings and your own instincts because that's what they're there for! 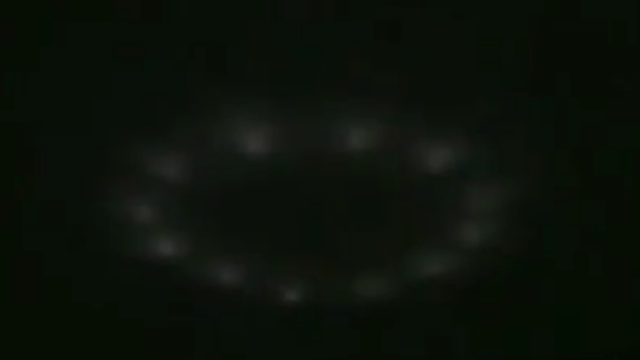 A guy out shopping with his family at Walmart spotted a huge UFO right above them. The Unidentified Flying Object with white lights evenly spaced around it was filmed right above Walmart's car park and so could not of been some stadium lights or even the car parks lights.


This UFO is way to high in the sky for it to be remotely anything like that, other than an unknown aerial phenomenon known as a UFO or UAP. That's just as simple as that really, or is it? 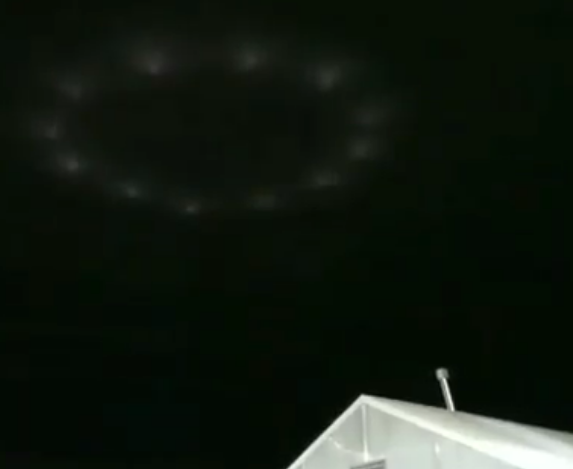 This is the kind of UFO sighting that the person videoing the it or the "Flying Saucer shaped" UFO was mindful enough to actually try to get the proof of it been there and that the video is not a fake by saying he's out with his kids and there's a UFO right above us here at Walmart while glancing back and forth between the UFO and his family.

This is the kind of of video that really has to make you, me and the world stand up and take notice of Ufology. We need to take notice of their presence and that these UFOs are getting more daring, more public and more it seems, wanting to be seen?

If that is the case, then why? 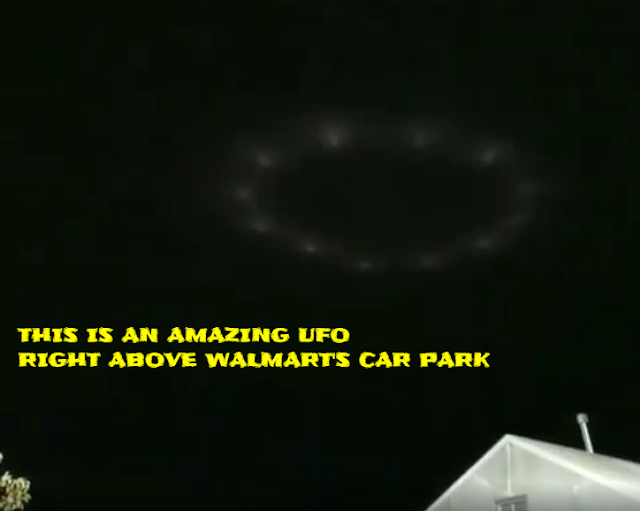 These UFOs are coming and going, coming in to focus, going across mountains and cities and the space between the Moon and Earth and now I think it could be that they are deliberately getting us all used to their presence and soon "one day" they will just announce themselves by stepping out the craft?

Taking over the airwaves, frequencies etc and OK it sounds a little far fetched but you have to admit that it feels like the real UFO sightings are getting more frequent?


If these UFOs and the occupants (Aliens) really do want to be seen, then why can't they just tune in to everyone's television's and commandeer the air waves? Why, what's stopping them? Do they even have that capability or even the technology to do something like that? Why can't they broadcast on the radio instead?

I thought I had seen something similar to this UFO before? These two images below are from other posts that I have done before on other UFOs which are so similar the bottom one (second one) could even be it? 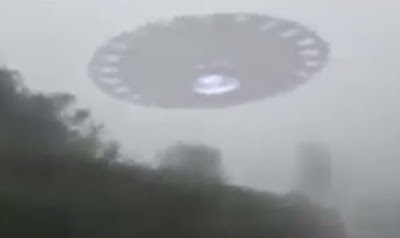 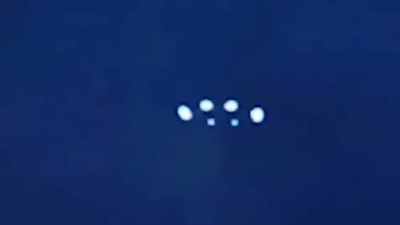 Here is the link to the post I did before. In fact this UFO has been seen over New Jersey before! After looking at this other post I did a while ago I now remember that back the UFO was really high up, well higher than it is now. So this UFO is back. Judging by that video in the post, there's no way it can be stadium lights as it's just to high. Very, very high.

Because they're probably aware of the hoaxes and pranks that humans are always pulling on each other (War of the worlds) and so they probably figured out for themselves that it would just be a waste of time as it would be brushed off as a "another prank". A really good prank, but a prank none the less.

What an interesting video.