Back engineering UFOs or Flying saucers is literally happening for sure in the world in some secret underground base on this planet (and in space). These objects where transported to space because that's where they are designed to operate so the International Space Station is involved in back engineering UFO technology. What do you think is on these NASA rockets in their payload bays? Yes satellites but also secret packages, classified technology and this is why the Russians cooperate with the US (constantly, in this field only) because the Russians know about the recovered UFOs and wanted in on the research or they was going to go public! Even after ALL the turmoil that goes in within the Earth's countries with the USA and Russia constantly nearly starting wars, the US and Russia will NOT terminate their cooperation with the reversing and developing of the Alien technology. Where do you think that Alien "goo" came from which was growing in the ISS? Why do you think that astronaut was subject to a secret order to be killed and his suit was tampered with? I believe he was trying to expose the Alien and human cooperation. The Moon is a base. The astronauts will always continue to develop the contents of their secret deliveries. And it's all happening because the downed UFO which they recovered with a recovery team was located, secured and transported to this top secret facility (it wasn't but it is now) eventually it got to it's designated resting place where it is now and they absolutely took their time, are taking their time studied and studying every single step of the way, of the craft pieces (and actually invented more stuff to to get in to and replicate and prize open their trophy than they actually invented from the UFO) how weird is that.

There has been videos of secret military aircraft since the beginning of moving pictures. What makes this daylight UFO being escorted by a Jet different is that this UFO or Flying Saucer video has an escort within it and that's "highly unusual". Very unusual, in fact it's almost alarming? But, that gives us a lot to go off because we can all clearly see combustion exhaust exiting the rear of the lead aircraft.

What does that mean, are the military training to fight in UFOs? Well it basically means that government agencies cannot lie anymore, period! It means that their comments to Ufology research journalists will shift from "we do not have any UFO facilities or UFO programs related to back engineering Flying Saucers or UFOs" answers or like "no comment and things like where did you get that information from, lol". 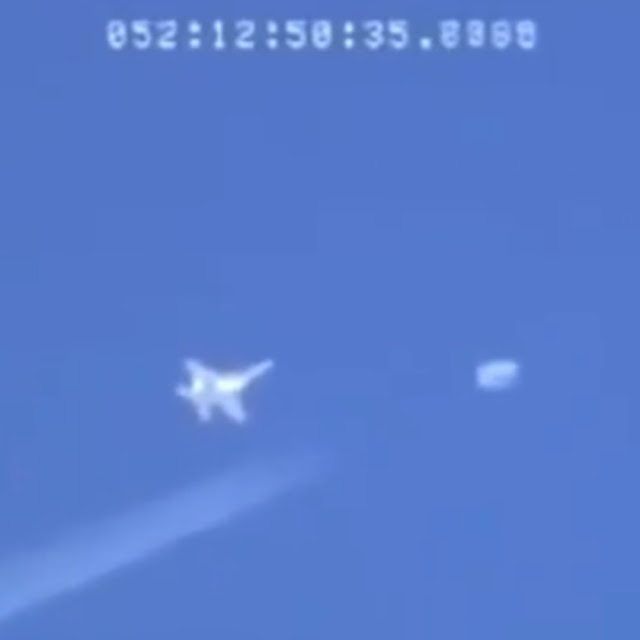 Well, online like most of the conspiracies that turn out to be kind of true where else do you think people get their information in this day and age? Good old, second hand information or passed down Chinese whispers which as you probably already know that everybody add's their own comment to it.

Seriously, how many different variations of involvement or cooperation in the research of UFOs is there in this world (and off it)? It all comes down to this also - who knows what, when and where?


Huge Flying saucer Filmed Inside A Hangar looks Back Engineered

We could continue with supposed involvement in secret technology research and top secret UFO development plus highly efficient off world technology involvement because they're posted online but that's for another day and another blog post on UFOs.


This is the video of the Flying saucer or UFO been escorted by a Jet:

On November 11 and 13, 1989, viewers of KLAS-TV in Las Vegas, Nevada, heard an incredible story from news reporter George Knapp: A scientist had come forth to reveal that the U.S. government possesses the remains of extraterrestrial vehicles. From these vehicles have come extraordinary technological breakthroughs. The scientist, Robert Scott Lazar, said he had worked in the S-4 section of Area 51, a corner of the Nevada Test Site. There, he had read documents indicating the existence of ongoing research on an "anti-gravity reactor" for use in propulsion systems. Read more at the link provided in the source section below. 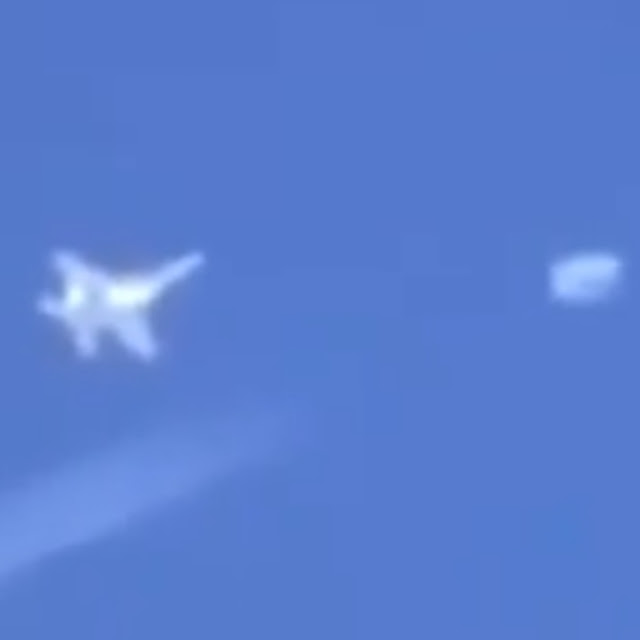 Above is an image related to the Flying Saucer been escorted to wherever by a military Jet fighter plane. It's a really odd video this as it is been done or played out in daylight.