If the Sun was in Earth's atmosphere then the Earth would simply burn and probably explode right? BUt what if the Sun isn't everything that they say it is? Don't forget guys that we're still going off the science brought to us by the very people who we say are lying to us about the Earth been flat, so which is it? Is this a Matrix style Earth where everything and I mean everything is not what it seems? If that's case guys, then the reality we think we're in, well it's actually a computer generated simulation and if technology of now is anything to go by then it's the future which holds all the answers. Technology in 50 years will be so far ahead of what we have now (Sherlock, lol) and who knows what it will be like in 100 years? In 200 years we could have a massive breakthrough and time travel could be a reality? Who knows what's in store for us all in the future because we keep on stumbling upon invention after invention which sets the human race on yet another path. There surely has to be a path of travel, a path where all roads lead to Rome so to speak? What I mean is that all paths lead to one point in time where time travel has just become a reality.

Can someone please explain how the Sun can be in the clouds here on Earth and lots of people not see it? Please don't say it's a trick of the light because all light comes from the Sun, but we can clearly make out and see that the clouds are literally wrapping themselves around the Sun in the middle of the clouds. 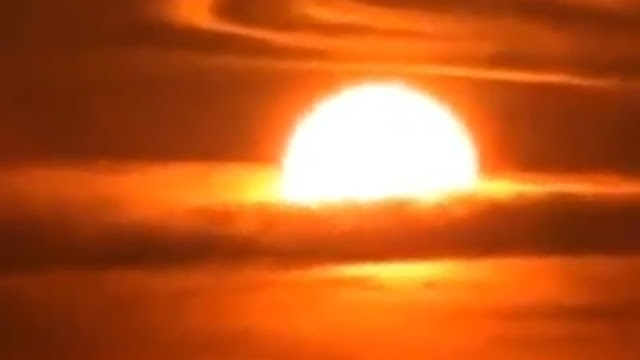 It's so perplexing to me that something like "the Sun" could even be inside of "any clouds" even in space or happen like this, full stop? If the Earth is flat then everything makes sense about this video because this is what we would see, but that's only if the Earth is flat.


I'm starting to believe in the flat Earth theory more and more. Is this another part of the jigsaw? 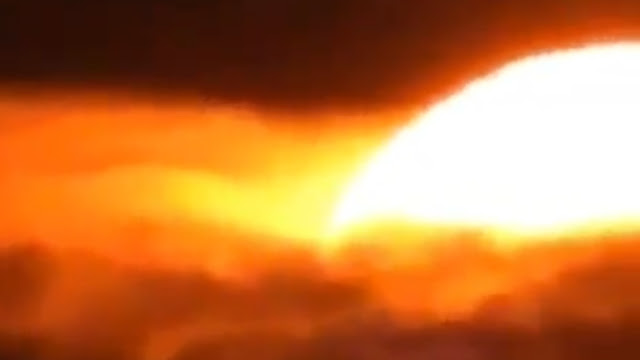 I can clearly see in the image above (which was taken from the Sun anomaly video directly as it is), that the clouds are wrapping around the Sun and that just shouldn't be happening which makes this a Sun anomaly that I've never encountered before and I need you guys and your collective knowledge.


The guy filming this amazing video of the Sun setting tries to explain what he's seeing but even even he's finding it relatively hard and is more stunned and I can only imagine what it looked like in person? 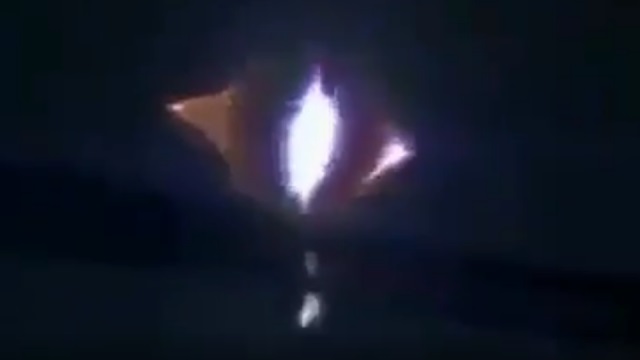 The above image is of another weird UFO shaped like an eye we wrote about. The post link is just above the image.


I can't explain this at all sufficiently enough so I'm writing this blog post and posting this post, to get answers. I don't think that saying CGI graphics alone can explain this or that the video is a fake and a hoax by a legendary filmmaker and faker with the power to pull the wool over anyone's eyes.

So, here's the amazing video of the Sun inside of the clouds:

Or even that the camera is a weird invention of Artificial Intelligence and reality warping lenses that can distort the very fabric of space, time and reality - with animations etc blah blah.

There has to be an answer and that's what I'm posting this for guys, I would like for anyone at this time to share their knowledge of what we are seeing? It's out there and someone knows exactly what's going here.