This UFO sighting might go down in history as the best UFO sighting ever apart from the real thing been disclosed at a certain point in the future, but apart from that this is the best evidence so far to up to this date of any UFOs existing. The fact that the police are willing to go on the record and talk about UFOs means a few things which I've talked about in this blog post. I'm definitely excited by this particular UFO footage and in general I'm hopeful about Ufology because this type of cooperation could help in the future even though this was a while ago, it's still very relevant. I really think that if anyone is going to find out the answer to the UFO or Alien question, then it's going to come from either a President of a certain country or a Prime Minister from another certain country? I really think though that the proof of UFOs is already here. 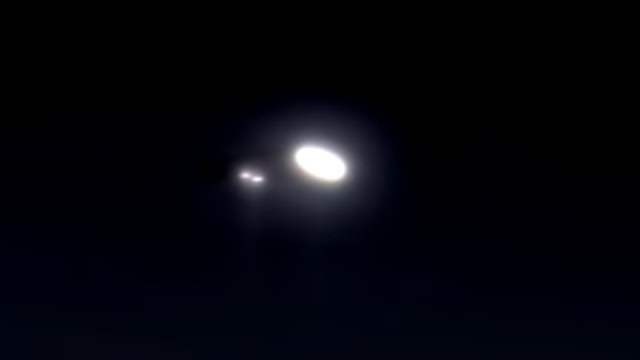 This has got to be the most credible UFO sighting in history. The fact that the police have gone on TV and have confirmed the UFO sighting is real and even released the 911 phone call recording which is really unusual, is fantastic. It makes me wonder though what the motives here actually are.


By nature I'm suspicious about any involvement by the authorities on UFO incidents because they don't have to so WHY and I'll tell you exactly why I think it is? Police have confirmed the UFO sightings over Lebanon, Shiloh, Milstead and Dupo which I believe is in Illinois? The UFO was also seen in other parts of Illinois by police.

That's a fair distance from Texas but still, the UFO could of been seen in between Texas and Illinois, but wasn't reported? This white light UFO was also changing colours.

Is the whole UFO incident going to go down as a "see, I told you that we cooperate" go to statement by the police.

Or a, we don't hide anything from the public and all you have to do is look at this UFO encounter to see that we (the authorities) cooperate with the media and journalists so why would we hide anything this time?

Faking cooperation:
It just reeks of fake cooperation and it has the tell tale signs of a bigger picture and these guys are been used in some sort of higher knowledge game and that they're all pawns.


Is this what cooperation really looks like or is this a charade, a fake masquerade to make the media and the journalists - all think that the authorities are cooperating when really this has actually disclosed nothing at all, when you think about it?

What was pointed out:
Nothing was highlighted or pointed out that we can't already see from the video and the 911 call is in the public domain anyways so...

Okay, it's a massive step forward for anyone researching Ufology to know that the police are willing to go on record and be interviewed but still, I just can't shake the feeling that this is hot air.

National Geographic has presented a great UFO story here and the fact that Nat Geo are looking in to UFO cases is brilliant.

I know they have to stay impartial and present any UFO evidence on a basis of basis of standing on the fence.


Below is the snippet of video from National Geographic called Police Confirmed UFO Sighting:

The end result:
It would be great to see a big hitter like Nat Geo actually be even more Ufology proactive and try to get very high up politicians in positions of real UFO knowledge or locked away historic UFO knowledge to spill all.

Pipe dream:
That's what I would do if I headed up Nat Geo? But I don't and I can't, so it's a pipe dream that one day any meaningful politician would go on TV and talk about historic UFO cases in a "tell all" about what exactly happened. We'd accept it whichever way the dominoes fall, or would we...