Going right back in NASA history of been permanently in space with the International Space Station there's been reports of UFOs been seen around it. The UFOs visiting the ISS are often silver and that's been recorded in history as true, it's been filmed, photographed and yet NASA still refuse to do anything, confirm the sightings are real and guys, this is all on their own ISS Live Stream. It's absolutely inbound craziness that NASA still refuse to even acknowledge these amazing, historic, underground history or unofficial history making events. The Silver UFOs that are frequently visiting the ISS are probably just as curious as we are about life in space. We should at least invite the Aliens in for a dinner or a drink or two? They might have travelled a lot further than you might imagine. 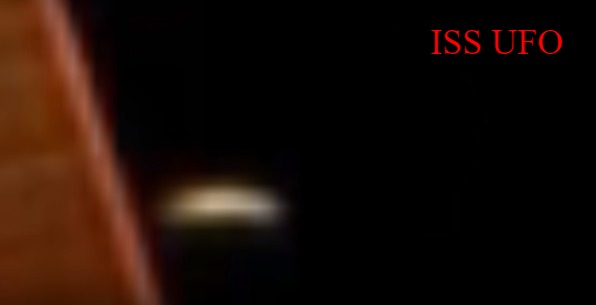 I'm here to show you yet another Silver UFO which seems to keep on showing up at NASA's International Space Station. I'm here to show you that there's a real chain of UFO sightings going way back to pretty much day one. Seriously, I had to stop collecting them for this post.


I totally get it that there's a kind of "helpless feeling" which comes with this whole UFOs at the Space Station thing - because we feel we can't do anything about it, right?


Wrong, we can blog about it and tell people about it who might be able to ask questions in the right ear and expose the lot to the world.

That's a huge ask, that's a massive undertaking which I'm frankly going to say that if people in the right places had the balls to do anything about it, it would of been done by now! 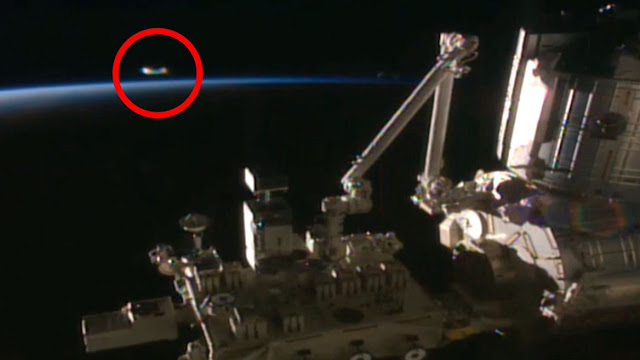 So, we all know now that the people who can do something about UFOs been seen at the ISS it, are not doing anything!

Related post:
US Naval officer Saw A Secret Alien Base In Antarctica

The people who do try to do something about it are either thrown in jail or labeled crazy, unfit or just plain old wrong.


Some often disappear as well and scrubbed from any databases "no trace found".


The below video I quickly put together, just showing a tiny percentage of the Silver UFOs visiting the International Space Station:

It makes me wonder, seriously wonder if the UFOs that are been caught on camera attending the ISS are they doing so with the knowledge of NASA or a shadow government? 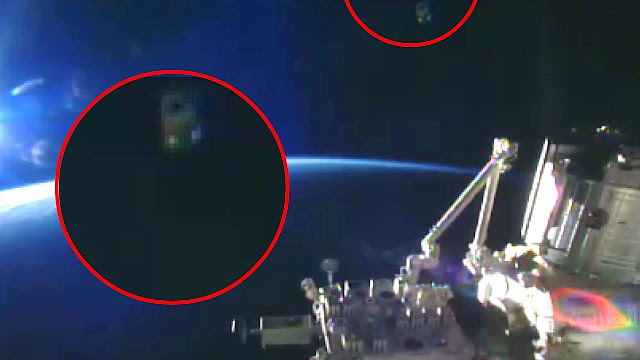 The above image clearly shows lots of definition in the strange unknown object that is right near the ISS, but what is it? I'm sure someone at NASA asked that very same question but what was their answer?


Is it representatives of humanity or some other as yet unidentified entity or entities...

Because you have to admit this many Silver UFOs visiting the ISS time and time again, is very peculiar?


If it was a mountain or somewhere in Antarctica I can almost guarantee you that people would say "there's a UFO base in Antarctica", right?