This all boils down to the Moon footprint that Neil Armstrong left doesn't match the footprint on the spacesuit that Neil Armstrong wore in his famous Apollo Moon landing. The prints left behind by his spacesuit doesn't match the one on display in the museum. There is an argument that this is real and there is many real conspiracies that NASA are involved with and this is where the mistrust comes from. If your caught in a lie as big as NASA is, especially with such an unforgiving public then everything you do as an agency in space it will be questioned and if the answer is not liked it will not be accepted it's as simple as that. Personally I don't believe NASA because they was caught in a live TV lie. A live spacewalk went horribly wrong involving a scale model and a lot of embarrassment. 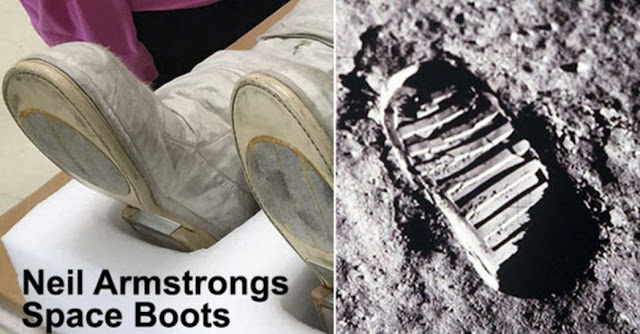 That's right, Neil Armstrong's spacesuit boot "footprint" doesn't actually fit. So, what's going on with this massive blunder. History can't be a l;ie can it? Is there a real argument for Neil Armstrong, heck the full NASA Apollo Moon Mission being a lie? Have peoples argument for this really based on truth.

For me, this was quite a big moment when I first saw this Moon anomaly.


I looked at the image and thought there's no way this is the suit that he wore and this has to be a practice spacesuit here on Earth right - but it's the same one he definitely used on the Moon.


NASA wants us to believe that the spacesuit is the real one but Neil Armstrong wore "overshoes"!

Shoes that go over the ones in the image and it's these "over shoes" that have left the footprint we see in the famous Moon images.

If you buy that then good on you, but if you don't buy it then yeah, good on you also.


What do I believe?

I believe that the people at NASA always have an answer for every single conspiracy theory that you can throw at them! It's as if no matter what you say, they have a come back already, at the ready so-to-speak.

It's a conspiracy all in itself.

Sorry, but to go one further NASA also said that the Moon photo of the famous or infamous footprint isn't even Neil Armstrongs, it's supposedly Buzz Aldrin's! 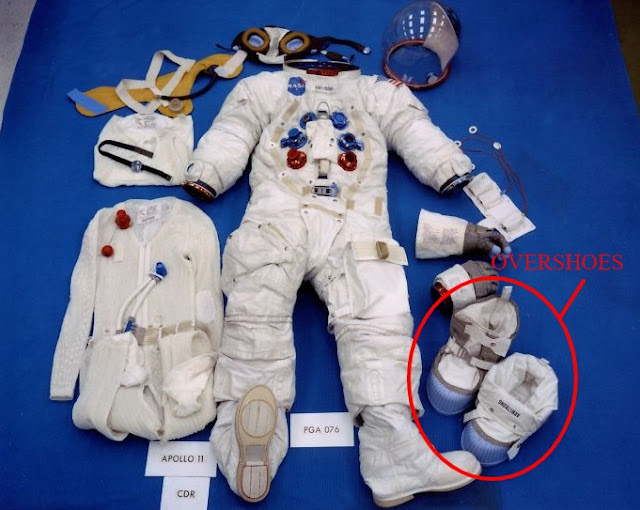 Apparently though, the astronauts left the "overshoes" on the Moon, so we'll never know will we? It's quite convenient as far as I can see.

I don't know what to believe because honestly there's really good and "strong arguments" on both sides.

Until I process all the information then and maybe only then will I have a full answer to this for myself, where I'm confident enough to say NASA is a liar, lol.


Related Post:
Epic Camera Zoom In To UFOs Way Off


But when you couple that in with NASA always having a smart answer for every conspiracy and even when they're literally caught out with proof!

If your caught in a lie once, the very definition of a conspiracy theorist is someone who questions the statements given out by "known liars". 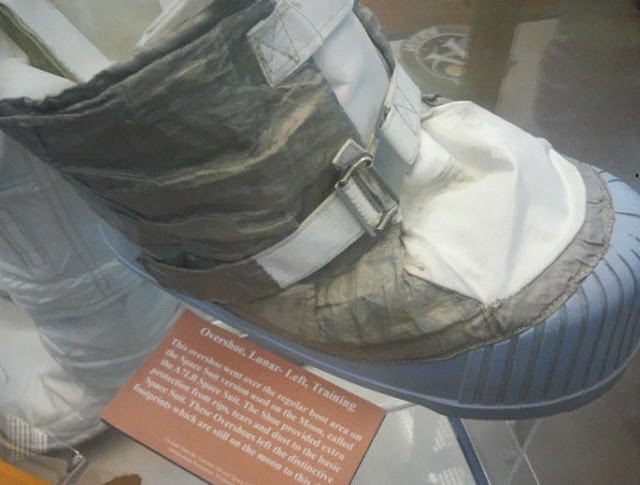 But that's my own opinion based on stuff I've seen like the green screen caught on live TV showing a miniature replica scale model of the International Space Station and even the news anchors in the TV studio yelled out "I don't think we was supposed to see that" and "where's your spacesuit"...

That was supposed to be a news station going live to the ISS for a spacewalk but experienced some technical difficulties, yeah like the truth intervening!

Instead the camera cut to another camera overlooking the whole stage floor showing a green screen and a model of the ISS on a platform with people looking on very confused!


That right there sealed it for "me".

It might not seal it for you as we are all different and we all have an opinion. In fact I'm going to put that video in right now: