The Kenneth Arnold Flying Saucer sighting was an amazing incident which was published in June 24th of 1947 which is incidentally the same year as the Roswell UFO incident. The Kenneth Arnold UFO incident was a phenomenal event which included flying wings that absolutely look futuristic and which could be from any era or time? It doesn't look made up, it doesn't feel unreal and it certainly grabbed the attention of the world. In my own view, this is real and the eye witness testimony still stands up to any scrutiny which is probably why The Project Blue Book investigated this.

The Kenneth Arnold real UFO sighting occurred on June 24, 1947, when Idaho private pilot Kenneth Arnold claimed that he saw a string of nine, shiny unidentified flying objects (possibly the same as the modern Tic Tac UFOs) flying past Mount Rainier at speeds that Arnold estimated at a minimum of 1,200 miles an hour.

Taken in to account - this ties in with the speeds reported by the US Navy pilots when they chased the tumbling UFOs. You know, just as a comparison.


This pilot's a trained observer. Just like any modern day pilot if not more so because technology has taken over a lot of the controls.

This UFO incident was featured in many local and national newspapers!


The Kenneth Arnold Sighting, June 24, 1947 Former East Oregonian reporter Bill Bequette of Kennewick poses (below) with a copy of the East Oregonian from 1947 at his home in June 1997. 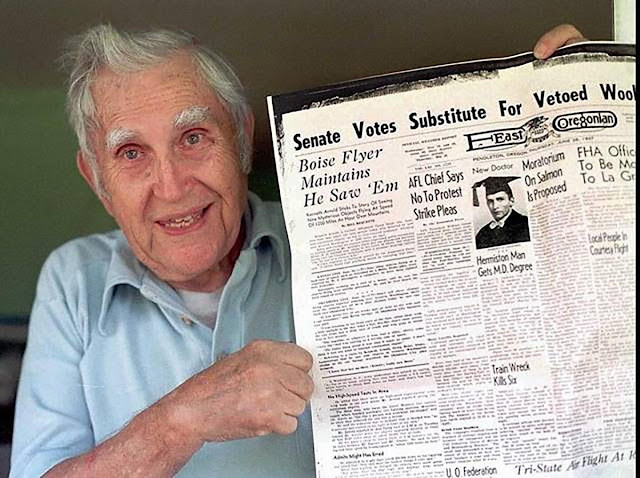 Bill Bequette is the reporter who first published the real story of this amazing UFO encounter - as told to him by pilot Kenneth Arnold, on June 25, 1947.


But why? Is it a case of, cover up them all just to cover up one real story... 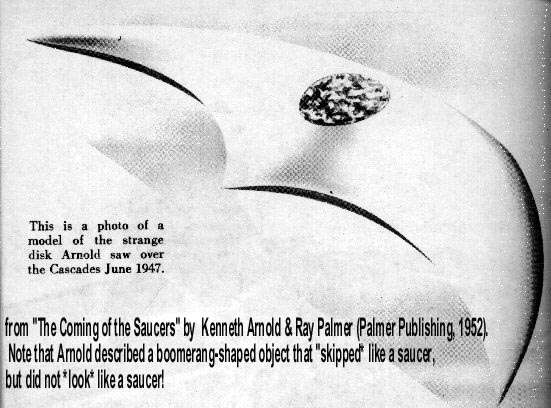 Below is pilot Kenneth Arnold holding his drawing of the actual UFO which he really did see. 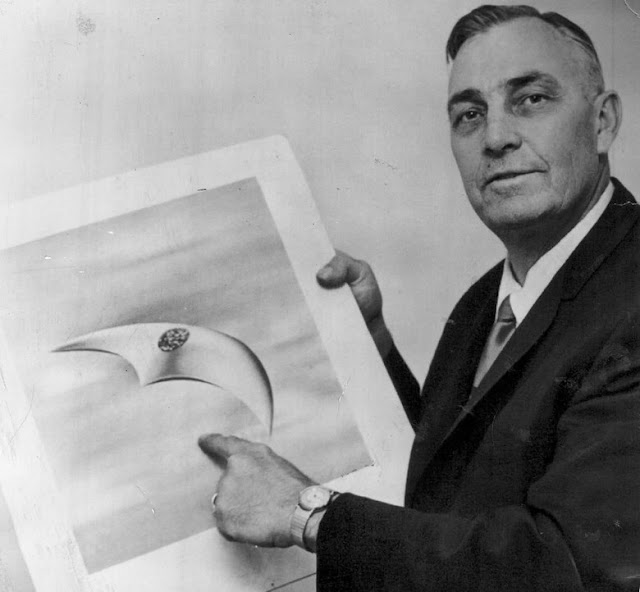 It was almost like an "ACCESS DENIED" but slapped on to everything and anything - to do with Aliens and UFOs.


But things have been changing (slowly at first but gradually getting more acceptable) and are changing now, for sure, because of...

The US Navy UFO incidents. 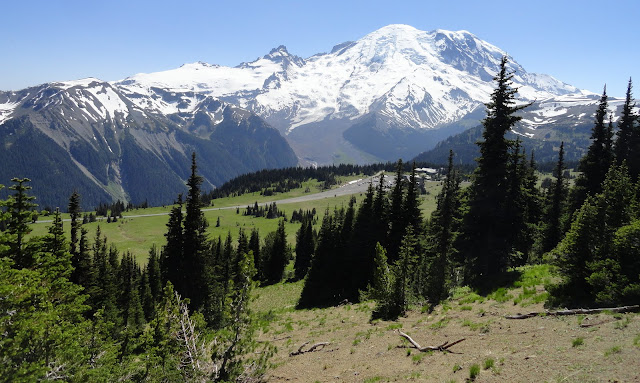 
This was the first post - War sighting in the United States that garnered nationwide news coverage and is credited with being the first of the modern era of real UFO sightings, Including numerous reported sightings over the next two to three weeks.

Arnold’s description of the objects also led to the press quickly coining the terms flying Saucer and Flying Disc, as popular descriptive terms for UFOs. During a refuelling stop in Pendleton, Oregon, Arnold described his experience to the East Oregonian newspaper.

Arnold’s real story, disseminated by the Associated Press, was headline news across the country. He was dismissed as "seeing things" as usual by an Air Force investigation (lol) who later concluded Arnold had seen a mirage or disc - shaped clouds. Can you believe this guy, seriously!

Here it is layman's term's:


I know who I believe. How can the Government determine what the pilot actually saw based on the pilots own testimonial? If you want a cover up 101 type scenario then bookmark this page because this whole thing is a cover up.


There was an influx of UFO sightings the likes of which hadn't been seen before and the term Flying Saucer was quickly established.

Arnold said he saw a bright light that afternoon, looked north and saw the nine objects - each about 50 feet across and all of them roughly circular, except for one that was crescent-shaped. He said he watched them for about 2 minutes until they disappeared over Oregon at speeds approaching 1,400 mph.

But, did you know this titbit of info:

The term "Flying Saucer" had been in use since 1890 to describe a clay pigeon shooting target, which resembles a classic UFO shape. Who knew it would later become the terminology used to describe an Alien craft?


Someone absolutely did!Although Arnold never specifically used the term "Flying Saucer", he was quoted at the time saying the shape of the objects he saw was like a "Saucer", "Disc", or "pie-plate", and several years later it was added.

He had also said that "the objects moved like saucers skipping across the water."

Both the terms Flying Saucer and Flying Disc were used commonly and interchangeably in the media until the early 1950's. 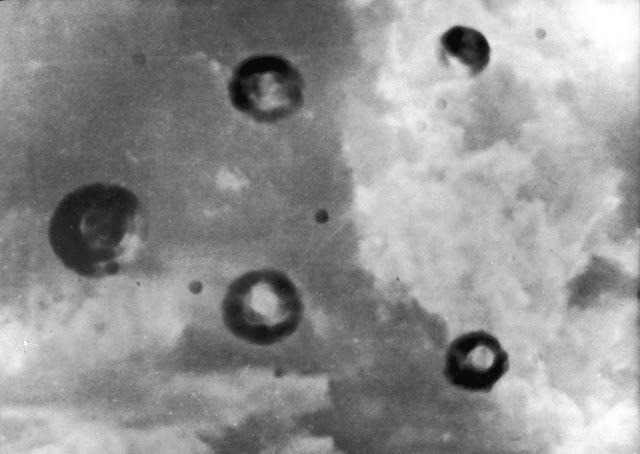 Reportedly the first sensational picture (above) of the mysterious objects popularly known as Flying Saucers, this photograph is reproduced from an issue of TeenAge Times in Dublin, Ireland, on March 25, 1950.

(Gamma - Keystone via Getty Images, above). 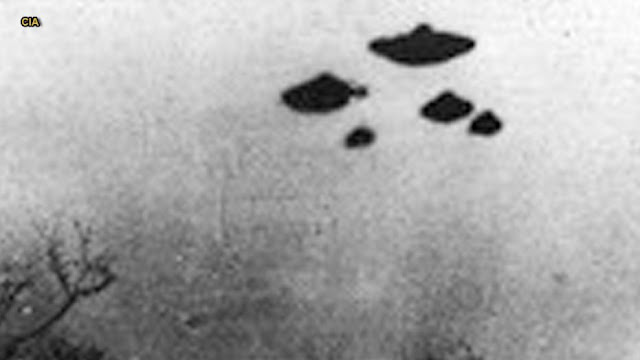 A photo released by the CIA shows Unidentified Flying Object's (UFOs) over the skies of Sheffield, England on March 4, 1962.


In fact, the term UFO was invented in 1952. To try to reflect the wider diversity of shapes being seen. However, unknown Saucer - like Object's where still reported.

Such as in the widely publicised 2006 sighting over Chicago - O'Hare airport.