I like this UFO video because it's a totally different one compared to other UFO videos from recent times.

There's unprecedented UFO behaviour going on here (until September/November 2020) that should not be possible but yet this unusual event was recorded separately by 2 different eye witnesses in 2 different places.

I've even done some more research and information gathering because since I wrote this article I've seen more of the same UFO incidents from first hand eye witness accounts whom are uploading these videos to YouTube, Facebook and Twitter etc.
So, I'm updating this UFO post with new UFO photos and links to their videos.

We have here a UFO Mothership which is releasing what looks like Orbs below it's underside. The video is on YouTube called "OVNI Se Fragmentan en CD Mexico y Brasil OVNI Emerge del volcán popocatepetl Sobre Puebla mex" - and it was uploaded in 2011. It's stood up to the test of time without anyone rubbishing it or admitting to hoaxing it. And that's just shy of a decade!
This Orb below is one filmed over the US. It's on our Facebook group. 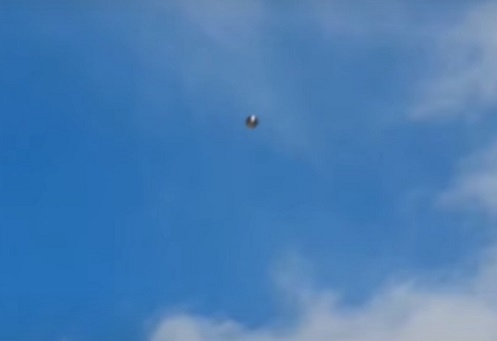 The Orb sphere below in the image was taken in Russia over Sevastopol on the 15th September, 2015. OVNI Esfera oro en Sevastopol Rusia By Геннадий Нестеров. It's absolutely, genuinely and straight up brilliant! I honestly don't think it's hoaxed that I can tell. Check it out for yourself, immediately it is profound. Check out this link. 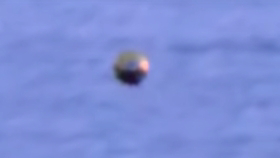 Anyway, I just added the Orbs above just to show that there is definitely evidence right around the world with spheres hovering over or near water. I'm constantly having verification after confirmation after verified UFO sightings been sent to me. 🙏 My mind is constantly trying to adjust to the overwhelming proof that we are not alone in the universe!
The above information was updated on Saturday the 10th of October, 2020.
Cont:
That's why I am saying that it's an unprecedented video the likes of which "if proven" has defied the laws of physics. These similar size UFOs coming out of the Mothership should not be possible. 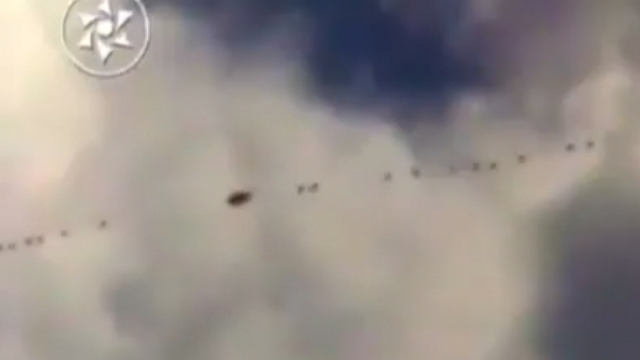 This is absolutely unprecedented video footage of multiple UFOs actually disembark from a Mothership which when put together there's no way that they can fit back inside of their Mothership!

What's coming out technically isn't capable of doing that. In other words it's impossible but yet (and here's why I'm posting this) this was filmed from 2 different people in 2 different places! 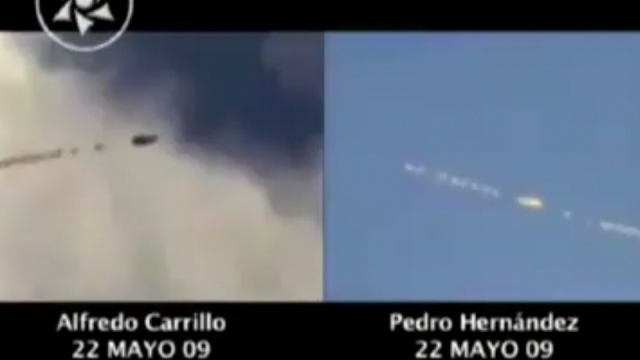 That's exactly why I am saying "unprecedented UFO footage". We're l stand on this right now, I'm on the fence leaning towards this been real.


I'm leaning towards that opinion, because it is a very real looking, gut feeling and it was filmed from 2 different places by 2 different people.

There's no way 2 faked videos can be married up with the exact same effects from 2 different vantage points. 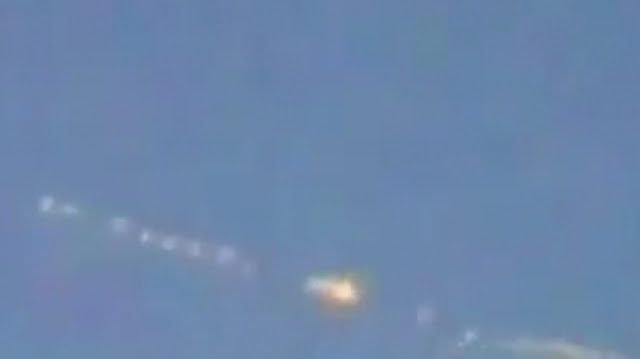 This task must be (must be) near on impossible to achieve? We would see discrepancies in continuity, obvious mismatched video timelines, discrepancies in light, backgrounds, clouds and that thing which subconsciously sends a signal to your common sense that demands you look at it as suspicious or your "gut feeling" is totally gone. 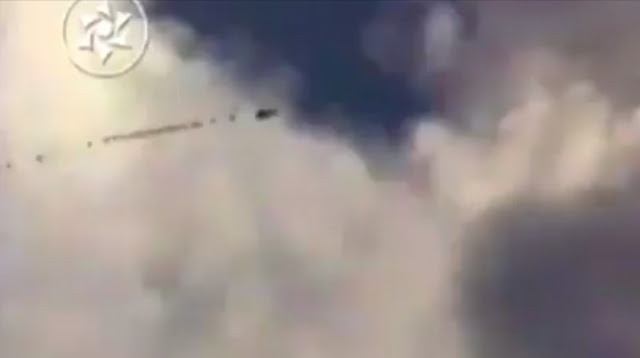 It never even registered from the start which is awesome. In fact as soon as I saw about 15 or 20 seconds of the UFO Mothership video - I was probably leaning towards this been real from then on because it got better and better. I saw nothing to arouse my suspicions at all. That's pretty much unprecedented if I'm being honest.

The beginning of the video shows us a string of UFOs coming out in both directions from the UFO Mothership and the Mothership stays the same size! That's unprecedented definitely, also as most people know "it goes against physics", it goes against everything that we know about limits on reality. It shouldn't be able to release multiple same size objects s as the Mothership - from within itself, its impossible. It's not the Dr Who time travel Tardis.

Unless we have been pushed in to another dimension or reality where 30 people can fit inside a Mini Cooper vehicle then this just shouldn't be possible!

It looks like lights or Orbs which look like everyone of these anomalous entities are all connected by either a line or a tether?

There's more to this video than meets the eye. I'm not sure that everyone's going to be on board because they'll probably need more information about what actually happened there?

The lack of information though really "useful though it is" doesn't compare to the actual evidence because words can distort the truth or evidence.