Apocalyptic trumpet like noises emitting from the side of a mountain in Guizhou in China and the people there are putting this down to the 7 Trumpets.
This loud horn or trumpet type of sound, isn't natural at all and it certainly isn't a friendly noise let's put it that way.
A few people on Twitter have said that this "smells of B.S" which I suppose is kind of research but is actually only a lazy opinion full of sarcasm and well, nothing really. It's a nothing answer which we are supposed to accept because why?
Seriously, Chinese experts are saying these sounds are made by a bird called "The Yellow Legged, Three Toe Quail"! That's about as bonkers as two left feet and two right hands. But, these are the experts and we are but the recipients of their expertise, lol. 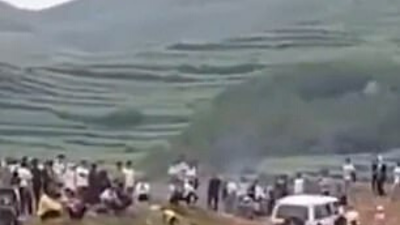 Image Credit Pear Video.
Local officials had to even set up road blocks near the place because of people swarming to see what was going on, while experts was sent to investigate it. 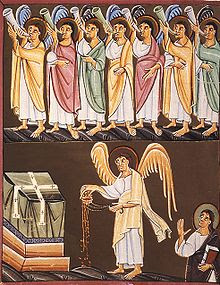 The seven angels with seven trumpets, and the angel with a censer, from the Bamberg Apocalypse.

Super scary sound emitting from a mountain in GuiZhou, China for more than 10 days is the title of the video.

TCN Today Facebook.
I know this isn't a UFO but it certainly qualifies as a freak event which needs to be shown to as many people as possible - just for the absolute scariness of the event. It's also possible that it goes even further than that, read on...
After listening to this for a bit I get the sense that the people literally don't know what to expect and at any moment, it looks like they don't know what's going to happen (if anything) but yet they still turned up to listen to the eerie trumpet like noises! The eerie similarities to a trumpet sound which was heard for miles in every direction is written at the bottom of the video as the "7 Trumpets" which is a reference to the John of Patmos vision of The Son of Man (Wikipedia).

After hearing these unimaginable trumpet like sounds the people look scared.

The actual video is recorded right on top of the mountain where the sounds have been going on for ten days solid - are coming from. It must be very scary to say the least as it might be the tectonic plates underneath the mountain moving which means it could literally erupt, collapse, earthquake and a hole could appear swallowing everyone whole?
Even experts from Beijing have been to do research because it's been going on for such a long time.
NASA post link:
I know of sounds which sound similar to this have been popping up all around the Earth in different places and different sounds but they where all very loud, horn or trumpet like and sounds which get the people listening to it - to immediately start thinking of the apocalypse and then religion starts to play a part of peoples thoughts.
UFO believers and Alien entity believers probably see this as a freak event but explainable somehow and the best place to find that is right at the doorstep of the Government because somehow, they did it! Lol. 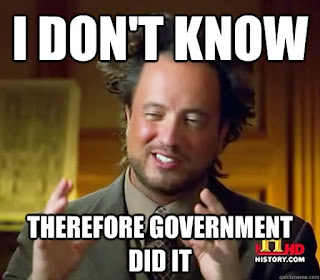 If not the Government then NASA was definitely and most likely the only culprits behind it. OK, so i'm poking fun at myself there because i'm the UFO believer and the Alien entity believer of which I just mentioned but as a logical thinker also (this it's not a contradiction) there has to be a logical answer - right?
It's just getting to that specific answer which could be anything at this point in time because it only happened on the 20th of June, 2020.
People are claiming it to be a Dragon (not even going there) and some are claiming it to be the 7 Trumpets and the apocalypse. You must understand that China has a very different world view and their views on "their own history" is very different to our very boring history. Please understand that just because something may sound to fantastic to be true or real, just remember that UFOs now exist and we've walked another planet - all of which would of had you thrown into an asylum not that long ago!
Thing's can and do change and that's a fact!
Here's the TCN Today video please enjoy:
The video in my opinion is real and because it's been extensively talked about, it's received a lot of media attention in China and the rest of the world so, I'm definitely going to say that this is legit. I mean, it's been extensively looked into and written about on Chinese social media and other countries social media and blogged about a hell of a lot. I've added just a few links at the bottom of this post for you to check out.
This is one of the most baffling events I've ever heard about.
Wikipedia say's this about the 7 Trumpet's:
First trumpet
Upon the sound of the first trumpet, hail and fire mingled with blood is thrown to Earth, burning up a third of the trees on the planet, and all green grass.
I'm adding a Wikipedia link so you can go and read all about the 7 Trumpet's and what they mean according to religion? But if your like me, there has to be a logical answer like I've already mentioned. I do believe it's the tectonic plates and not a Dragon or the apocalypse.
But, that's only my opinion just like your opinion mine don't count more or less than anyone's because there's no definitive answer so I will not tell you that your opinion is dumb and please, let's just have a thinking session about this and try to figure this out, cheers.
Please like and leave us a comment and your honest opinion, thank you.
Source Sonny CK Tye Twitter.
Source TCN Today Facebook.
Source Wikipedia 7 Trumpets.
Source Daily Mail.
Source CK-12.
Source Pear Video.
Source Express.