This is a square UFO with a silver color all over it. There's no way to identify the UFO. It's a gif which I discovered by accident but I'm so glad.

This is going to be a really quick UFO post because there's absolutely no information on this but it's absolutely, 100 percent epic! It bloody looks awesome, in fact it's very different to what we're being shown anywhere. Video is below.

I come across it on Gfycat.com and thought wtf and why is this a gif and as it looks real I've tried to look into it to see who, what, when and why but there's absolutely nada on this? It's as if it was filmed in a larger sequence of video but it was cut down to be a gif and that's it? 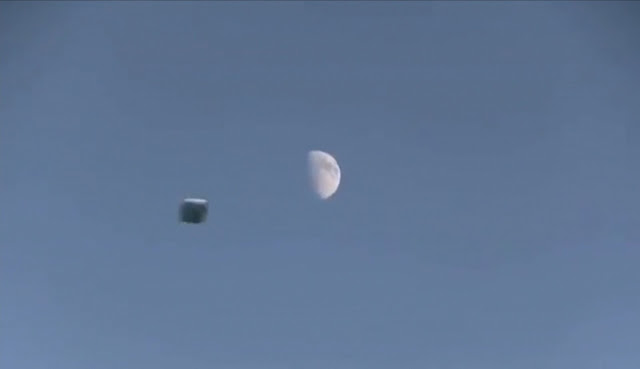 I had to show it to you guys, it looks great right. Can you please try and find out what you can on this as I'm stumped. I've tried the words in the Gfycat.com link, tried to find who posted this and there's absolutely nothing on it. It was posted through the Ukraine speaking Gfycat site as that's the language on this page. It was published on August 21st in 2017. It's had 5.3K views and other than that there's nowt. 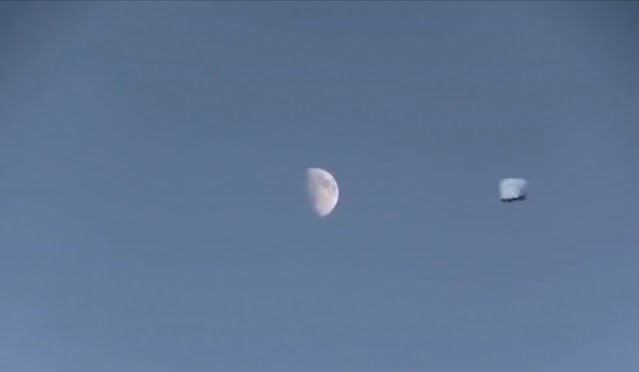 I have had this for about a month now, make no mistake guys, it's not a myth, it's not a fake or a contest design hoping to win 1st place in a bogus UFO videos contest held by the US Government! 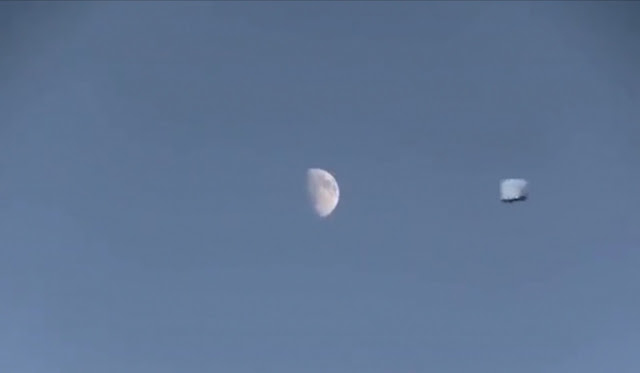 I came across this (it's a bloody Gif) and ever since its been a thorn in my butt because I can't find anything that this could be part of? Have you seen it before? Do you know what it is and whom took it? It's not a satellite probe that's probably what a lot of people will instantly think! This Silver cube, has got no antenna, no discernable marks, writing, solar panels, different metallic colors, no blues, reds, gold or any other satellite related colors. So, it's a UFO!

I hate not knowing who, what, when and where don't you...