Is there any chance of time travel being real and if so, what's the odds that the Vatican owns it? It was apparently created by a scientist.

Seriously, what day is it today because if time travel is real then days are irrelevant?

Right now while I'm writing this it's Friday the 19th of February. If time has been subdued and conquered, wouldn't we see or feel a shift or a sense of change? Would things be different now?
Apparently the Vatican has a time travel machine, apparatus or device able or capable of seeing the past and or the future. Because of the best evidence that has been made available to the public, we have to answer the questions about this. 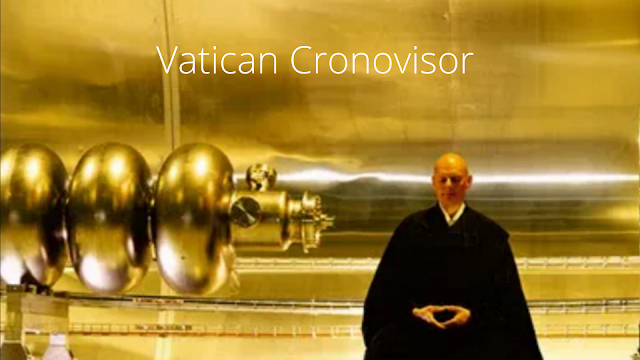 This is a Cronovisor that can see the future and the past.
Credit: News Punch/UFO Sightings Footage/Vatican/Canva
Here's why, some of the anomalies that have been claimed and accepted have possible origins in a Vatican conspiracy. Therefore this Time Travel (device) might have truth to it? It would certainly fit in with the stories and the origins of lots of anomalies. If it fits, then it would suggest it's real.
What is your take on this apparent "Divine photo" which was taken while at the Wailing Wall? I've added this because for one thing we don't know how the Vatican Cronovisor works, it could project an image of the past to a place.
Below is supposed to be...
Jesus, Joseph of Arimathea and the apostle Thaddeus. 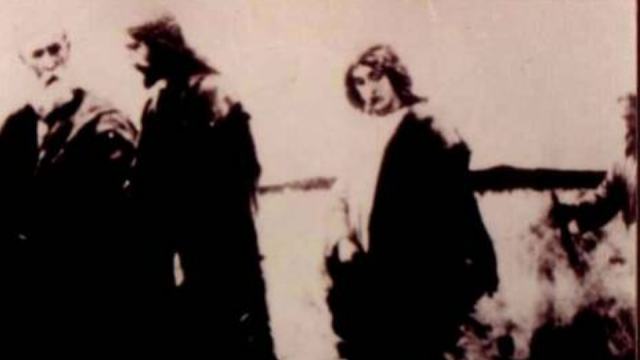 While developing a photo, which he (see link here) had taken on the Wailing Wall, a tourist was intrigued by what he discovered on the film.
Credit: Fologie-paranormal/Gaiya/UFO Sightings Footage/Canva.
If we can only get solid eye witness testimonies, if we had a person who is willing to take notice of the conscious side to humanity and realise that we all have a right to the knowledge and not just a religious organisation.
I found this awesome news article on News Punch which caught my eye because it's keywords that I see regularly:

The Vatican may own a time travel device that enables them to see future events and look at scenes from the past, according to a several insiders.
It's known as the Cronovisor and the Vatican has owned it for a long time.

According to the story the time travelling device was actually built in the 1950’s by a team of scientists that were led by a one "Father Pellegrino Maria Ernetti" – an Italian physicist - whom later went on to become a priest which is suspiciously bizarre. It looks like he was brought into the fold or the upper echelons of the Vatican? I could be way off, but again if we're working on the assumption then it's what fit's the question.
Holy crap, it gets even more amazing than I could of imagined! I have to say that it's about as blatant and in your face as can be, for a secret it's a rubbish secret. Where the strength of the matter lays is in proving it. The Vatican knows this, it's definitely denied it, hence they can't be seen to be telling lies so it will NEVER be admitted to. 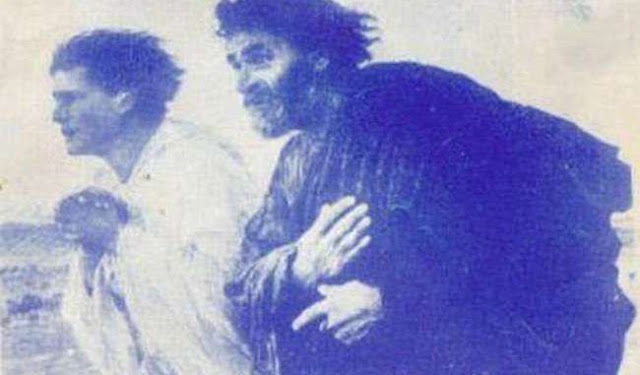 Pinterest has lot's and lot's of convincing Jesus and Disciples photos supposedly from either the Vatican or secret and Ghostly origins. The image above is a great example of one from Pinterest.


We will need a whistleblowers last ditch effort or a miracle. Should one religion own a machine or device that has the ability to see the past and the future?
Or, should it be public knowledge, or destroyed?
Here's another quick quote:

In 1972 an Italian weekly magazine published a photo unveiling the remarkable device, but Ernetti contested its authenticity. He stated that if any recordings had been kept, they certainly wouldn’t have been made available to the general public and would most likely be cautiously guarded in the Vatican Archives.