Gordon Cooper the astronaut has witnessedd a UFO landing in person and he had a professional camera crew as he was filming other stuff. They filmed it

I had one of them OMG moments when I was researching UFO incidents involving the Air Force of the USA.

So, I kinda stumbled upon this proper good US Air Force Colonels UFO incident and I'm thinking if this isn't going to prove to the public once and for all - then quite literally nothing is.
We've got a credible eye witness, an eye witness testimony, we've got video footage of the UFO/Alien incident (close up) and to boot, it's military personnel but not just any old private or sergeant, etc. 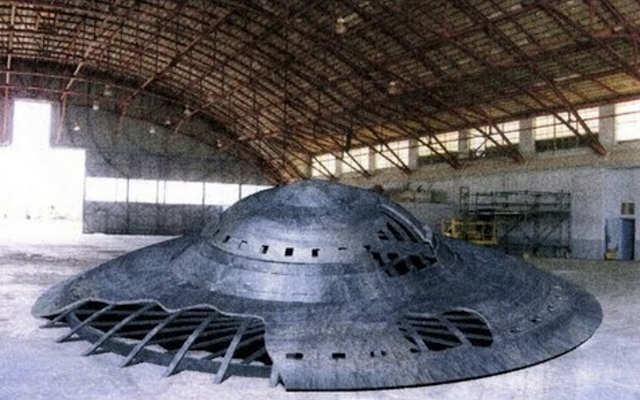 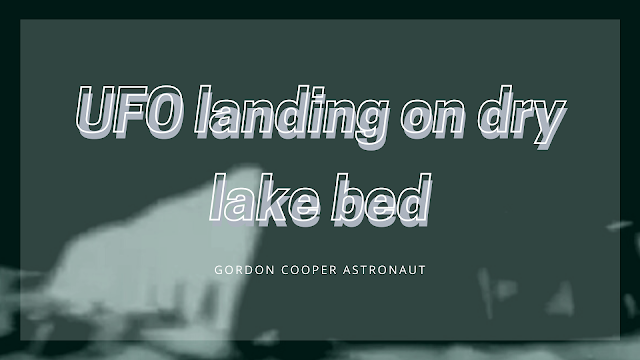 We're talking about a high ranking Air Force officer! An astronaut at NASA, a Colonel in the Air Force of the United States of Cover ups!
Why does that matter I heard myself mutter, well, that's because everyone in the world seems to hold the US Government accountable and without their support and admittance nobody will accept it.
People hold the US Government as the "unofficial authority" so this is why people hold them to account maybe...
As serious as it is, as important as it is, nobody seems to be bringing any of this to the publics attention, nobody at all. It's simply absurd and downright deranged because if you want to prove it to someone else that Aliens are on Earth and are real then check out this and remember this is an astronaut!
In his own words:

“I had a camera crew filming the installation when they spotted a saucer. They filmed it as it flew overhead, then hovered, extended three legs as landing gear, and slowly came down to land on a dry lake bed! These guys were all pro cameramen, so the picture quality was very good. The camera crew managed to get within 20 or 30 yards of it, filming all the time. It was a classic saucer, shiny silver and smooth, about 30 feet across. It was pretty clear it was an alien craft. As they approached closer it took off.”

Cooper then sent the film that the cameramen had recorded to Washington and it came back from the lab faithfully representing the incident. He is also convinced that the 1947 Roswell incident was an authentic alien landing or crash, and there's reports that he knew a fellow officer present at the incident who told him it was an alien spacecraft.
So guys, what, when and why, eh!
I'm well and truly flabbergasted and it's about as blatant and all encompassing and in your face as it can be. 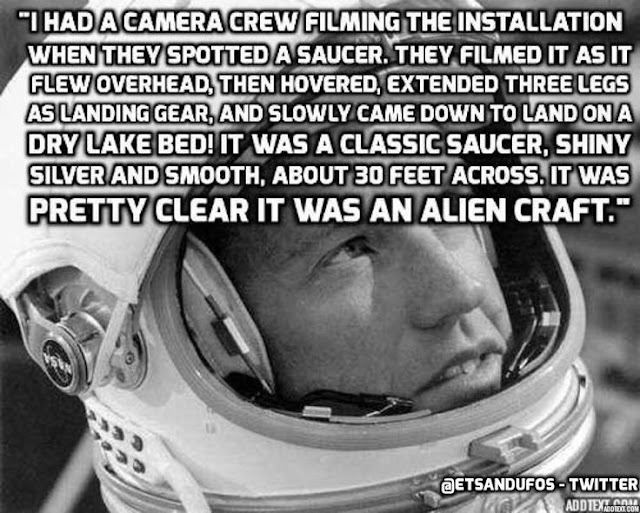 Gordon Cooper (Wikipedia) is the highest ranking eye witness either if you accept that NASA can't be trusted or if you don't trust anyone full stop. If you'll only believe it "when you see it for yourself" that's all well and good, but ponder me this...

How do you expect people to believe you, if you won't even entertain the next persons own account? See, to me the people who say that kind of thing aren't thinking it through in a clever way because if you think of it, it's more of a clumsy contradiction.

Here's your damn disclosure because I trust an astronaut, a trained observer more than I trust the Government and you can guarantee that.
In fact, here's a fictitious scenario, but a very serious one:
"If a legal document was to be drawn up by non believers and believers alike"
For the purposes of... what would it take for an investigation to "kick in so-to-speak" then this UFO/Alien landing craft event should and would absolutely, definitely, without a doubt - tick every single box!
In fact it would warrant the next phase of the process which would be to investigate the case. And what the hell is MUFON doing about this? I'll tell you what MUFON is doing about it, they're taking card payments on their MUFON website so you can have access to people's voluntary submitted, in good faith UFO encounters and they're profiting from it you decide overall if it's good or not...
YouTube, the place where there's a video for every occasion lol. We have here a video dedicated to the Gordon Cooper UFO encounter:
Credit: Universe Explorers YouTube Channel.
I don't accept that people would riot, loot or lose their minds if Alien disclosure is made. I don't accept that people would question religion or question for that matter if God exists or even if people would question reality itself and the biggest one, I don't think people would stop paying their taxes!
The majority of the people on Earth would go about their own business and even though it's Earth shattering news, nobody is going to go bananas and take over the world with nuclear threats.
It's as simple as what Astronaut Gordon Cooper said:
It's so the US doesn't have to share the recovered Alien UFO technologies with the Russian government.
Sources UFO Sightings Footage/UFO News/Monad Mantis Medium/Canva.