Here's a fantastic video showing a UFO that's grey in colour, metallic maybe and it's got a bizarre looking light underneath it. It looks genuine.

This is one for the unusual looking and bizarre book, because I've never seen anything like this one before and I've been looking into UFOs for decades.

First of all that must weigh a fair amount of weight and if it's a drone I should point out that drones can't carry much. 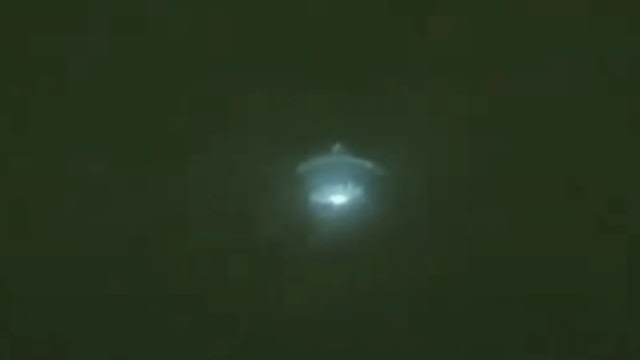 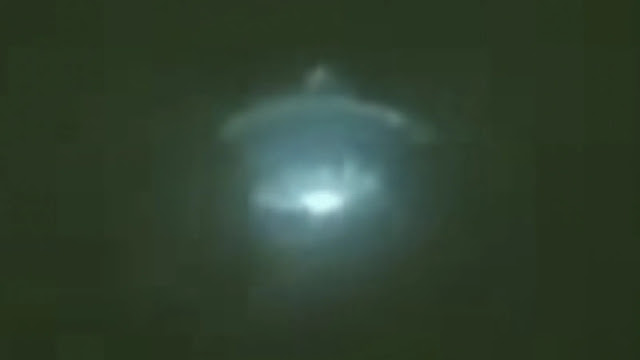 Here's a very detailed craft that's got an unusual light underneath it.

This is the one thing that's holding back Amazon and Google (plus other's) from going into full scale production making and operating the delivery drones we all saw in TV adverts and in TV documentaries, they just can't carry anything of weight.

It's always good to remember the odd-bit's of information on stuff like drones or technologies around it because it stands you in good stead. It helps us out when we're researching UFOs or if for instance when I'm highlighting (or you) what we like about a particular UFO sighting when posting something to social media. Knowing bit's of information on this stuff (arguably not a lot for me, lol) enables me to make quick decisions on stuff like this. Drones, these are the absolute *bane (see below for it's meaning) of Ufology are responsible for providing many a laughs, for hoaxers.

But this UFO or flying craft (it actually matter's what we call them to a great extent), has a light on the bottom of it. I'm always a bit suspicious though of the UFO. Actually curiousity fit's the feeling it gives me because it's suggests a great deal but in terms of humans using light's. Why would Extraterrestrial entities need light's on their craft's? Maybe to see...

I mean, just because it's a possibility of being an extraterrestrial craft it still needs some sort of light for the inhabitants inside of the UFO to see what's outside and around it? Unless the occupant's in the UFO doesn't have any need for a light on the exterior of the UFO? Do Alien's even have eyes?

I really think it needs exploring as to why the UFO (and many other's that have been filmed) have light's on the exterior of the UFO? Because for people who say "why does a UFO need a light on the UFO" well, that must be answered otherwise it's a truly common question that can just dismiss any UFO sighting "and for what reason?"

Because thinking about it, it insinuates that Alien's don't need light to see, it suggests that UFOs don't need to see where it's going and it also suggests that the occupant's of the UFOs don't need to see the tree's or the building's around it? I'm not a genius but I'm finding it difficult to believe that a UFO "doesn't need a light" because it's a UFO it doesn't instantly mean that Extraterrestrials have no need for a light on the outer side of the UFO! It's presumptuous and when people say things like that, I can guarantee that it's not followed up with a reason.

I'm starting to think that actually a UFO needs a light on the outside of the UFO? Unless it's a truly, technological wonder and the Extraterrestrials inside have the ability to see through wall's? Okay that's a bit silly but it still comes back to presumptions! It's presuming that ET is so advanced that they don't need a light, for anything?

But, all that aside for a moment, it's definitely got that air of strange anomalous look about it, which is why I think that this is very different, and I've always championed the different! Just like I said earlier, I've never seen anything like it before and I don't know if we ever will again? It was uploaded to Instagram without a calling card stating who, what, when and why the UFO is here on Earth? I know that some people can't believe a UFO unless it's stated intentions beforehand are known? And it never stated it's purpose overall because it's in the title "unidentified"

UFOs come with no information on them so when people say things like "where did it happen" or something else like that along those lines it seems that some people think that the time it was seen is somehow key to it's undoing? Time, place, date means nothing to UFOs because all it is, is just an extra paragraph for the UFO writers. Literally, there's nothing to be gained from it.

Or, am I looking at that wrong? Let me know what you think about it in the comments section below. Unless it's something along the lines of a UFO hotspot or seen on a Monday night at 10pm every week without fail then maybe the time and date thing could be useful information, I suppose... But that's a big suppose.

All we can do is document the type, day or night and maybe make a link through Google Lens and hope that a search of public records comes up with another UFO sighting of which I'm yet to have a full confirmation.

I've tried matching UFOs through Google recognition search engines and to be honest with you, it needs to be looked at because it's really hit or miss at the moment. The only real success I've had with Google Len's is looking up artist's signature's because I bought Deuchamp piece of artwork. I was very successful with this.

But UFOs, not so much I'll be honest because they're sketchy at the best of times. I'm only looking for the shape of the UFO, the lighting, the size etc in the hope that another UFO sighting involving the same UFO has taken place somewhere else. This is why I'm so adamant that it doesn't matter about time, place and date as if it's been filmed before, we will know!

It's not a trade secret about how to identify UFOs but I'll let you know that it's a fantastic bit of kit, I have had bit's of success with it in the past as you've probably seen my post's in the past where I've linked UFOs to one another. Like I said, it's hit or miss, we just need it to be developed a bit more. But it's going to be a useful tool for any UFO researcher in the future "that, I definitely do know".

Even blurry UFOs are able to be identified (in theory) and that's a good thing. Technology is going to shape the world lol. I'm signing off for now, good night.

* Noun. 1, a cause of great distress or annoyance. "The telephone was the bane of my life."

Here's the extraordinary video which was uploaded to Instagram: