UFO Disk on it's side flying really fast over Hamburg New York in the USA. There's Chinooks and other helicopters in the area, does is it for the UFO?

This is definitely going to divide people but I'm siding with MrMBB333 on this because with the enhancements it's clearly ruled out an insect or bird.

People are going to see this video and maybe at first they'll be thinking that's an insect? 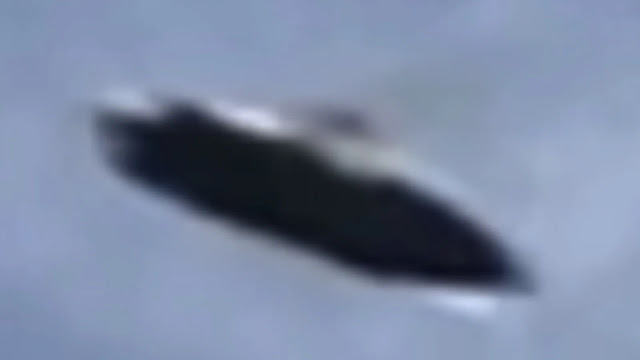 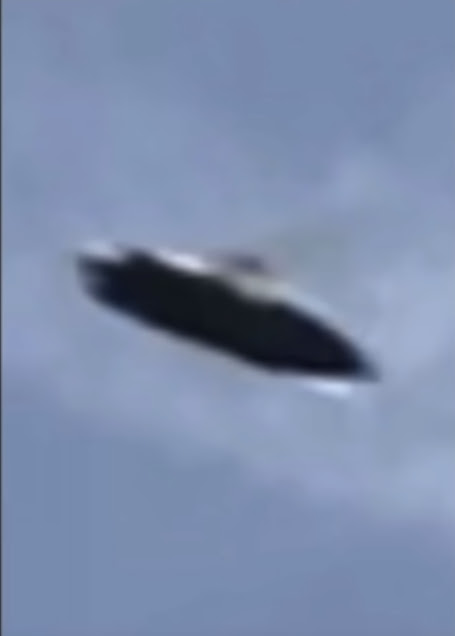 This UFO Disk (on it's side) is so fast that even though it's in a video, because it's only caught in one frame it's technically a photo, how awesome is that.

I'll be honest with you guys because it's exactly what I thought initially. But then as the enhancements are added and as the narrator explains himself and his research it becomes more clear that it's not an insect and it's definitely not a bird. I have to agree with MrMBB333 that this isn't an insect or a bird because it's traveling way to fast. It would be in 2 if not 3 other frames considerating all the other thing's in the video and they're all caught in more than one frame.

But that's not all, as MrMBB333 point's out in the video that if it was an insect or if it was a bird the video frame rate would have certainly caught more frames other than just one frame in the whole video catching a still of it. For all intents and purposes it's a video but because it's only caught one frame with the UFO Disk, it's effectively a photo.

There's also the question of all the different types of helicopter's in that specific area of Hamburg, New York in the US. Why are there all these what looks like double rotor bladed helicopters which I believe that the helicopter is a Chinook?

MrMBB333 apparently used a few different techniques to bring out what was already there to highlight it's surface and bring out and details and it's definitely not an insect or bird. By looking at this information along with the video itself, I'm going with it yes being a UFO Disk.

Why would there be all these helicopters? It was caught on camera by "Pamela" it says in the video and it was caught on camera over Hamburg, New York, US. If you want to skip all the other video information or satellite imagery of harsh weather warnings, for 7 month's ago then go directly to 6:06 and just to add info, there was a Sun halo in the sky on that day.

The video of the UFO Disk was uploaded to YouTube by MrMBB333 channel. He's a trained weather enthusiast I believe which is evident in this video. He gives out some great information on a wide range of weather, satellite information with seismic data including space weather like Sun flares etc. Great stuff.

I'll just mention that there's another UFO sighting in the video directly just before this UFO sighting which starts at the 5:00 mark. Which though, is of an unimaginable bizarre looking black streak or smoke plume but it seems to be intelligently controlled and that's why it's so bizarre. And, because it's manouvering it's tail end side to side, back and forth. It's almost as if it's aiming it's full self towards the right (looking at it on the screen) which is going in the opposite direction of the airplane and then it aimes itself forward in the direction that the airplane the witness is on, is going.

Then it's changed it's orientation by now which it shouldn't be able to stay tog6if it was smoke it would have dissipated by the 39 thousand feet mark. And it's now pointing it's full self towards the left going in the direction of the airplane that is flying at 39 thousand feet which taking it all together with the other UFO sightings in this same video, it makes this a fantastic UFO video. It's unclear where the airplane actually is though which to be honest it's neither here nor there where it is because it's the actual UFO sighting itself which is the crucial part of the UFO video.

I suppose it does matter in a way when tracking the UFO from one place to another place, location to location maybe but if people start thinking that there's no point in uploading or sharing a UFO video because it's not got a general location with it, or where it was actually filmed at, then Ufology is going to miss out on otherwise amazing UFO disclosure.

So, if you ask me "it doesn't matter if there's no information with a UFO sighting."

Here's the extraordinary video which was uploaded to YouTube by MrMBB333, enjoy as there's a few different UFO sighting's:

If you know anyone who would appreciate this post, please share it with them, thanks. Also if you have any thoughts on this, please share your thoughts and opinions with us in the comments section below, cheers.