Here's an epic piece of UFO history in my own opinion because this live TV station is filming a UFO over the 2018 wildfire over LA. It's a real UFO.

We are definitely been surveyed by UFOs because if this isn't evidence of Extraterrestrial entities caught on live TV cameras watching our planet, then I don't know what is?

What we have here is a 2018 Los Angeles California US, wildfire which as you can see has a few helicopters buzzing around it. 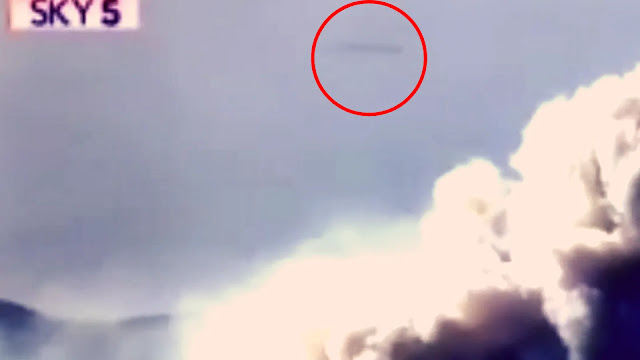 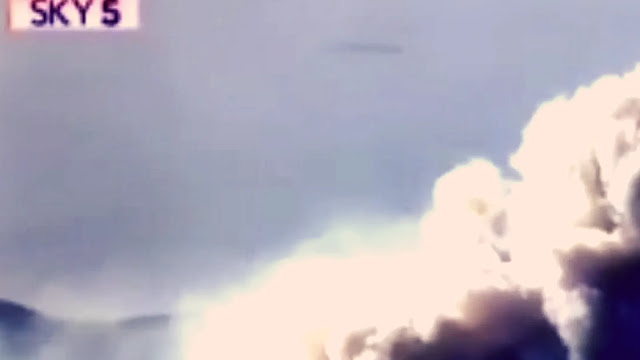 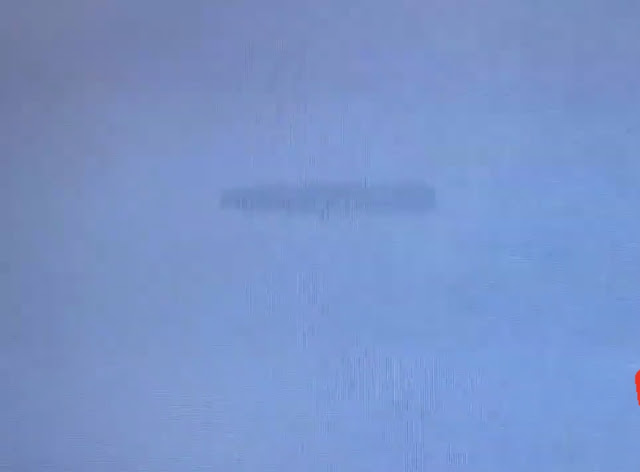 It would seem that UFOs are not only real but we're all been watched.


If you look at the top of the large plume of smoke, but look to the left and just above you'll see a dark cylindrical shaped UFO or a Cigar shaped UFO if you like, and it's flying in the horizontal line position?

This is pure evidence of what I've been saying for a long time now, that the Human race (and Earth) is under surveillance and this conclusively point's to this theory of that being true. I've looked it up to see if this is a hoax after the fact and I didn't find anything to suggest that it's a hoax after the wildfires.

Guy's this is a public TV station (KTLA 5) and it's filming live, it generally doesn't get any better than this at all. Because it's been filmed by a TV station and it's live, nobody has access to the TV stations live feed, modify it and sneak past the server's, firewalls etc. It's just near on impossible to hoax as it's happening.

We've even had confirmation by the US Navy just recently (within 5 years) by the US Government and many other US departments plus agencies - the DoD being just one of them. Even NASA has joined in this medley chorus and have set up an independent investigation panel to monitor, research and investigate UFOs or should I say UAPs.

It's the same thing but obviously the power's that be wanted to lessen the impact of UFO disclosure so called it UAPs. If you've been following this blog you'll also know that NASA set up a panel of theologian's (Priest's) to investigate Alien disclosure and it's impact it will have on society. The Byte news outlet wrote this:

NASA brought together 24 theologians at the Center for Theological Inquiry at Princeton for a year-long program called "The Societal Implications of Astrobiology" in 2016, The Times reports. The group was tasked with addressing how exactly religions would respond to the discovery of alien life. It’s a worthwhile task especially when you consider that billions of people all over the world subscribe to a religion in one form or another. How would alien life change their perception of God?

And let me tell you just for good measure lol, they did this back to front, which "if" this was done the correct way, it would look like this:

NASA joins the US Government's UFO disclosure and accepts UFOs (albeit UAPs) are real. Then NASA goes ahead and joins in on the search for Aliens by setting up an independent study into UAPs. And then NASA sets up a 23 person religious group to understand the impact it's having on the public?

Basically they're gauging the public's reaction and response to the admission of UAPs by themselves and the Government so they know how to proceed probably? Why else would they have this investigation? It's to gain insight, to gain knowledge and understanding plus information on the public's reaction to UFOs and hence Alien existence?

NASA just did it all back to front, upside down and inside out. Maybe they actually did a forecast to see how it might look further down the road in terms of their continued admission and "historic event" because once the Cat's out of the bag theirs literally no going back! Just like the US Government changed the acronym UFO to UAP, maybe NASA then took the reigns and decided to join, release and investigate in such a way that wouldn't look like what it actually is?

UFOs show up, disclosure happened, now the religious impact is being understood?

So they choose to do what they've done a lot, deliberately mislead? It is what it is, I'm not making anything up because it's history. It's how our history has played out, I'm just speculating on intent.

And, considering NASA got on board lastly and yet it was their full time job to bring all this to fruition way before anyone else, it begs the question doesn't it? What's their intent? Why did it take for the US Navy to release the information first? And even they was blindsided by the whistleblower Louis Elizondo because he was the one who released the UAP videos first.

But one particular clip has gone viral after it appeared to show a mysterious object in the skies. The video shows two planes passing the cloud of smoke above Westlake Village just a few miles away from Los Angeles. However, as the camera zooms in further a long, black object appears to be hovering in the background. The object moves away slowly from the devastation of the fire as the news anchor discusses the condition of the forest.

The US government has decided (2 day's ago) not to share any more footage of UFOs to the public to protect "national security". That's according to the Metro. Which, that means we have been under surveillance before and probably for a while. Are the other UFO sightings not released horrible, horrendous, devious etc and would not be great for people to see, I wonder? There's a reason why the US Government won't release them isn't there and if it was good, they'd be releasing them already! So you can guarantee that it's bad UFO sighting(s).

In May, The Pentagon showed videos of mysterious objects during the first public hearing on UFOs on Capitol Hill since the 1960s. Now the Navy believes that releasing any additional UFO videos would ‘harm national security’, telling a government transparency website that all of the government’s UFO videos are classified information.

KTLA 5 from Los Angeles caught a real cigar shaped UFO - UAP while reporting on a wildfire in 2018.