Three Towers On Mars A Mile In Height Each

Mars, known as the Red planet. Here's evidence showing 3 tower's on the surface which are mile high each. These structures are possibly ancient alien.

Here's yet another equally interesting and equally just as strange sight of 3 tower's that are a mile in height each, which has been discovered on Mars.

Today's been a really good day for me because I've discovered a lot and learnt a ton of research and it's all fullfilling plus interesting.

Mars is mind blowing because it's possible to discover something new everytime I go on there. I'll explain more further in the past.

It's all got the high probability of being real Ufology and conspiracy theories neatly wrapped up in a gift basket. 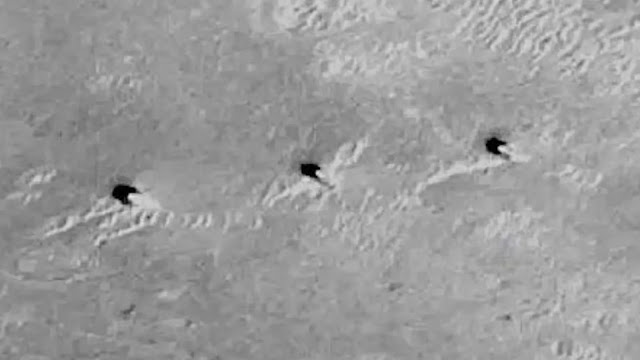 For starters there's no way that 3 tower's which are a mile high will form right next to each other with a perfect distance between each other?
They're the same height also with no erosion that I can detect? Towers, right next to each other...
What's the chances of that occuring naturally or occurring in Martian history and not crumbling away. Look how thin they are, these shouldn't be there as far as I can see? But for real, what do I know about Mars history? What does anyone know really apart from the findings from the surface which is changing everytime a storm lashes the surface! 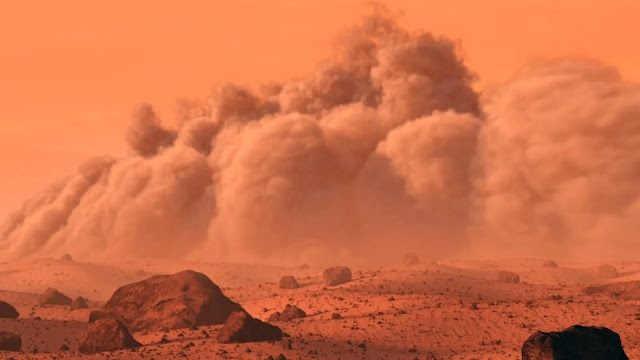 Mars definitely has strong dust storms but yet these tower's are still standing but why.

That's only my opinion though that these tower's shouldn't really be still standing as these massive dust storms could have levelled them a long, long time ago? And yes, I could be wrong and I could be way off the mark with my limited understanding?

But a storm is a storm and being a dust storm, well that's like using a pressure washer with sand and grit against stone blocks, it shouldn't stand a chance against it. Especially over aillion years or more!

But I'm not the only person who has reported on this extraordinary evidence showing us yet another improbable anomalous structure on Mars.

Mars is littered with the unusual and bizarre, it's one after the other and someone should write a book about it. A "join the dot's of bizarre looking structures on Mars". Wow that's a terrible name for a book. But that would show that possible ancient civilizations once existed on the red planet?

Mars has always held a deep fascination for me because I've proved to myself time and time again that picking random Mars images I'll find something that shouldn't be there.

Every single time I've done it, I've discovered something. Train wheels or train bogey's as they're affectionately known as. Yes, you can look at them and the only thing that you will see is train wheels. Here's the extraordinary image of it: 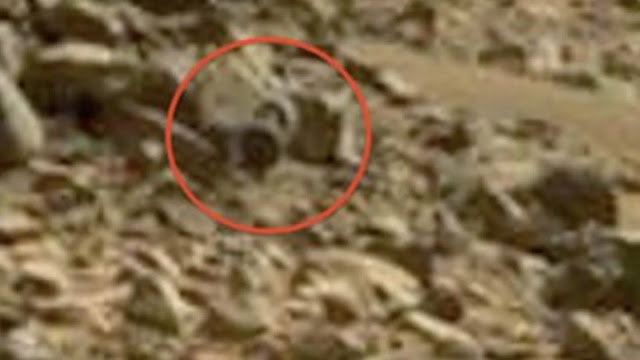 Oh believe me when I say that there's a lot of strange knowledge up for grabs in the universe but only if your willing to look. And that's not all, it's about looking into thing's that society might say is insane or "that's crazy" because let's face it, a lot of people want to buy into the boring theory that we're all that the universe has to offer.

It's a safety blanket for the people who want to feel safe. They're the "meat and two veg" people. If humans are the only thing that has a consciousness and a understanding of mathematics or engineers then the universe is boring!

Diversity is key to everything and if we keep telling ourselves that we are all that there is, well it's already doomed. Look at how that's played out every single time in history?

I hope that our future generations have the time of their lives, as explorers, touring space, creating, exchanging and expanding our horizons.

But if the Government's around the world are really sitting on exotic technology or undeniable proof of Extraterrestrial life then they're actively denying that future, the future where diversity is key.

Here's a couple of comment's left on this video evidence:

The number 3 is a universal number, very interesting find. Also is it possible that these are in line with Orion's belt? Hard to tell if the right most tower is off-centre or not.

Here's one more comment made on the video evidence:

Someone should see how they align to the pyramids of Giza and the pyramids of Mexico. I'm really interested to see if the structure at the top right aligns to some structures previously unaccounted for in Egypt and Mexico.

Investigating on some Mars images, we have recently found a row of huge towers located in the Martian area of Terra Meridiani. Due to their peculiar features, we believe that they have an artificial origin. In the following video, we will show you all the amazing information, evidences as well as animated 3D models that will allow you to evaluate correctly the information we propose.

Here's the extraordinary video which was uploaded to YouTube by Mundo Doscontiondo channel: