In 1974 the Betz family discovered a silver metallic spherical shape UFO on their property in Jacksonville Florida US. It turns out to be genuine.

Even I didn't know about this absolutely stunning video of a recovered silver metallic colour, UFO Sphere. 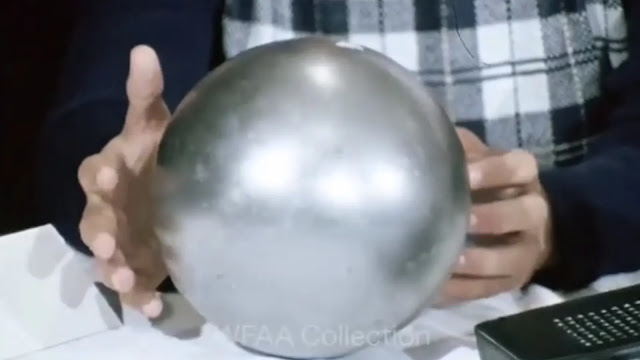 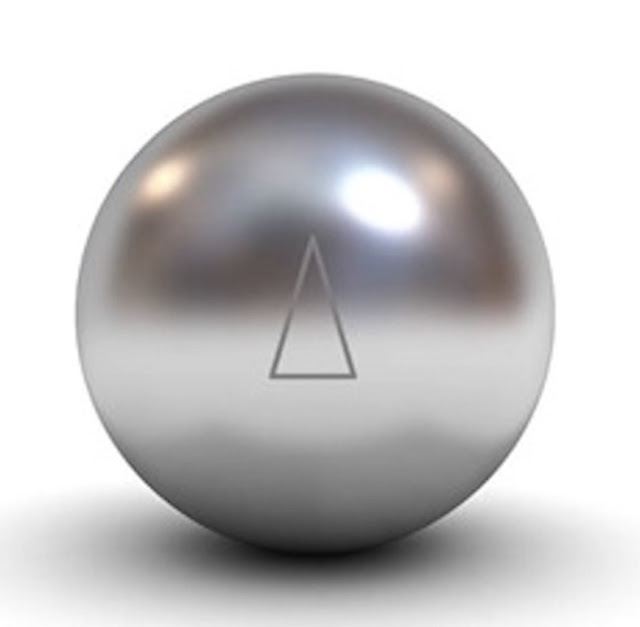 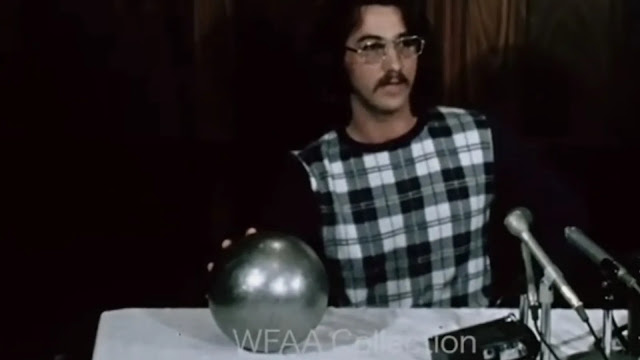 Is it real, what happened to the Betz (Terry Betz) silver sphere? Where is it now, did it get X-rayed or cut into and what's happened to it?

When the younger relative named Wayne put it in his room and forgot about it for 2 weeks, he was playing his guitar to a friend in his room at which the sphere began to him, it emitted a strange noise and was apparently reacting to different notes strummed on his guitar. You can watch the videos below as I'd actually wrote a lot 9f this post before I discovered a lot about this story. It's best you watch the videos for all the information but it's definitely a very good UFO recovery story.

At first I thought "is this a real UFO video" and actually, what does the UAP look like up close and personal? That's a legitimate question because nobody has ever captured on in public and possibly, just possibly, is this silver metallic UFO sphere a UAP? Tic Tac shaped UFOs.

Because pretty much all the UFO Orbs I've seen in UFO vids all glow at night. All the Orbs I've seen glow white during the day but they glow white at night, sometimes orange? Who knows what colour they are when they're in effect - switched off? Just possibly they could be silver...

Silver metallic spheres. Here's a quick quote from the video:

I have no knowledge of the sphere itself or how it came to be in the place where I found it, or where it came from?

As I've stated previously when I found it it was on top of the ground as if it had been placed there? It was not embedded and I saw no charred marks, no big endentations on it. In fact it looked as if someone had set it in it's spot. As we got there I or anyone I know had any knowledge of this.

Because there's been so many silver sphere UFO sightings in history that this one could fit into pretty much any year going back to the dawn of time, possibly? What I mean is that this UFO sphere has a timeless look. Some Flying saucer videos and photos literally have a certain decade look, like clothing from the 1980's, they have a certain look to them. In certain cases though "that look" totally betrays the UFO and tells us that them types of UFOs are probably fake. But this one, I couldn't tell if it's the 1950's, 2010 or 1910?

And that's a very good thing going in it's favour. The person telling this story really could have found it.

Is this a real UFO?

Is it Alien technology?

What is a UAP?

There's a literal million and one questions about UFOs but when I look at this one in particular it bring's up the basics, I'm talking about the fundamental and ageless, timeless questions like:

Are we alone in the universe?

Is there life on other planet's?

Have we been visited by Aliens?

Is the Government reverse engineering UFOs?

Again, these are ageless, timeless questions about life in the universe that we've been asking ourselves since we could ask ourselves serious, thought provoking questions! Every generation has had it's own version of looking out into space and "wondering what's it like on the Moon", it's only this generation that's been able to answer that specific question and at this blooming rate of answering questions it's gonna take forever to answer the main question:

But, that's only if we have to go to another planet to certify it. Personally I can already answer that because of all the mountains of evidence out there scattered throughout the world. Slightly going off the subject, I'm constantly being told by my best friend that; "not everyone is dishonest" which I know that we probably all are deep down! If not, then why do we all treat everyone like they are? Because if we treat every UFO sighting with suspicion about it's origin, doesn't that back up my idea?

But, based on his assumption that not everyone's innately dishonest then it stands to reason that a lot of the UFO sightings are genuine, real, bonafide UFO sightings. It's something to think about. If we're not all dishonest by our nature then why do we have to treat everyone like they are? Pin numbers, checking money (notes) there's lots of example's.

I wrote all that just to highlight how easy it is to treat every UFO sighting as if it was a hoax, until proven real. Well, how do we prove a UFO is real? This is the huge fight going on in Ufology every single day. Because on the one hand we're all raised to treat the masses with suspicion, but then when it comes to the UFO subject as an example, where do we draw the line? How do we overcome years of training ourselves to treat the next person with suspicion and yet believe their word when it comes to a UFO sighting? It's a balancing act, I suppose?

When I say treat every UFO sighting with the "respect it deserves" I'm also talking about the person. It's hard, your going against the very social structure and the fabric of our reality. It's interwoven with practically every single thing that we do on a day to day basis. This is why it's hard to believe a UFO sighting, your asking yourself to unwind everything that you was taught, that you taught yourself and probably what you teach others?

And it's not your fault.

I started off years ago just by taking that simple first step. Taking people at their word, it's the very least I could do (that we can do). If it turns out later on to be a hoax or a deliberate faked UFO sighting, that's not on me. My beliefs where solid, my values are in tact, my views where and are still absolutely right. See, because I believed the person and the story is seperate. I took "them" at their word.

Believing in the story, that's totally different, I like to think that people tell their version of the truth. And that's why I make it a habit of believing the people. The UFO could still be a drone by the guy 2 street's away. But yet the person who wholeheartedly believed it was a UFO (Terry Betz and family), told the truth, it was just according to them. A "version of the truth."

So always believe the person, take them at their word. The story is seperate, it has to be separate because it's not them hoaxing or faking it. But the story, treat the story line as the story it is, a story or one person's version of many different types of possible versions. Try not to lose who you are in Ufology.

This silver sphere could have been deliberately placed there on top of the devastation by the fire sweeping the brush.

I'm not naïve to think I'm going to change humanity with a footnote, nah that takes a miracle and if you've looked around this disease ridden planet lately you'll see that we're all out of miracles. We was abandoned about 2 thousand years ago.

I'm going to make a nice cup of coffee, see you on the next one. And be nice in the groups!

Here's a quick quote about this sphere which as it turns out, is probably a real UFO...

The family allowed several other researchers to study it in their home and even entered it into a contest to prove UFO’s are real, they didn’t win. The last researcher to make a statement on the ball was Dr. James Harder, he claimed that if the ball was compromised in any way, that it would behave like an atom bomb. After this claim, the family and the sphere faded out of the media spotlight.

The origins, the original purpose and the actual whereabouts of the Betz Sphere are unknown to this day.