Juan Manuel Sanchez saw a fantastic UFO sighting outside of his home which he then proceeded to get a few unprecedented photographs of the UFO.

Why is this UFO sighting going to challenge yours and mine, core beliefs about UFOs and if they are real or not?

First of all, are UFOs real and what makes a real UFO sighting?

I'm always asked this question by people in the various direct messages that I receive through the many different social media platforms that UFO Sighting's Footage is actively writing on. 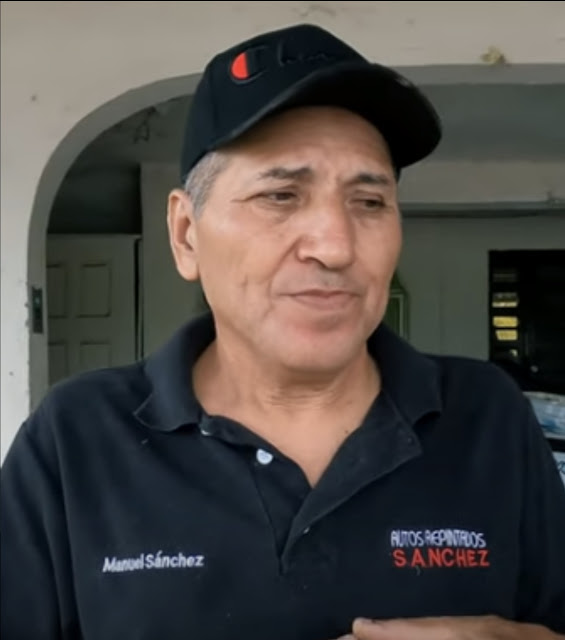 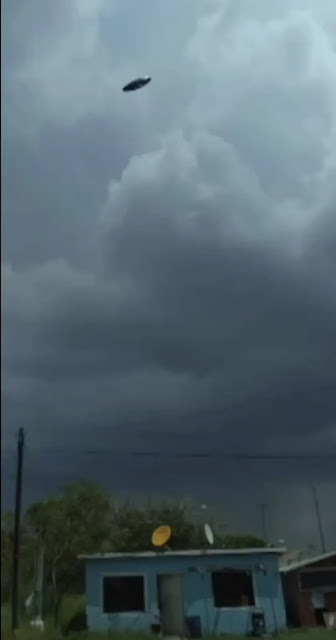 The photographs were taken by Juan Manuel Sanchez on the 17th August 2022. It took place just outside of his home in Valle Hermoso, Tamaulipas, Mexico. He's an experienced mechanic who was apparently taking photo's of the approaching storm.
He shared these epic photo's on Facebook, it went viral and people don't know how to react to a clear UFO sighting? That's what it tells me.

How do I know that this specific UFO sighting isn't just a hoax? Well to be honest with you nobody knows for sure and I don't, that's why it's going to challenge us all and probably like nothing else has. Look at it though, it certainly looks perfect, right? It's clear, it's detailed, it's silver and metallic looking and close up and it's the typical Flying Saucer shape. It's everything that we'd look for in a real UFO sighting, right?

So why are people challenging it...

People have been challenging the eye witnesses version of events ever since he photographed it and he photographed it because he didn't have time to video it. See, it's almost as if people can't handle the truth and this UFO sighting proves it to me. We're not ready to accept the real UFO sighting's which begs the question "is it innate or is it something else entirely?"

The disc-shaped UFO which is estimated to be around the 50ft mark was photographed emerging from a horrendous looking storm which it then started to vanish, and it was gone in an instant as it flew off into space. There's a series of photographs that shows the silver metallic, Disk shaped UFO that's really started to cause a large stir in people (it's got plenty of people talking about UFOs) after it flew so close to the eye witness. This all took place in Mexico and to boot it was then picked up by the National News and the local TV station.

Secondly, I don't make any decisions at all because I don't have that authority, nobody does. I can give my own opinion which is based on year's of researching many UFO sightings. Probably all but a few I say "stay open minded and wait for disclosure" which has come and gone with the UAP disclosure and subsequent release of the UAP videos. But that went over nearly everyone's heads because I'm still being asked if UFOs are real or not and what do I know or what do I think about if UFOs are real?

I tend to refer people to the UAP disclosures. If you still can't make up your mind then it's gone over your head.

We're all free to review and asses any UFO sighting's that are in the public domain.

This in particular UFO sighting was posted in Twitter which was shared from the Sun newspaper which is a UK based news platform.

Because on the one hand we've been presented with arguably the most clear, the most detailed UFO sighting in a long long time. But on the other hand, it's so clear and it's so much of a typical Alien looking vehicle that people will inevitably say or make the assumption that it's to good to be true!

Believe me, there's nothing like a good, well photographed UFO sighting to make people feel like it's a fake. It's crazy because people are always saying "blurred UFO photo's" why can't we have a good and clear UFO sighting for a change? Or people say things like "was the camera a potato" and then a fantastic UFO sighting comes along but people instantly take the stance that it's a fake.

This silver Flying Saucer photo has been published on another website and guess what people said?

What do we do?

How does someone who writes about UFOs continues to write with these parameters and circumstances that are so constraining and stifling because no matter what happens, no matter what UFO sighting is recorded on either a video, a photo or even talking on a dictafone it's not going to be accepted. They're not going to be accepted by the masses because it's always going to come down to personal preference. How real does it look to you? Does it tick certain boxes, can you imagine that's how a UFO sighting might actually happen, so that's why you like it?

"It’s sad I wasn’t able to get a video. "There are people who don’t believe- they say it was a lid from a car or a pan of tamales." The authenticity of Juan's photos remain unclear - but he appears convinced he saw something in the sky. And it comes as UFOs are once again taking centre stage across the border in the United States.

Remember though that there's no right or wrong answer to any UFO sighting. We're always going to have an opinion on them but trying to make other's believe your opinion should be done as an invitation and not as a "it's only my way or the highway" kind of opinion because a lot of people do, do that.

I invite you to check it out, see what you think about it and I hope that you'll leave a comment in the comments section below, cheers. Oh yeah and if you could share this post I'd appreciate it, thanks.