This UFO Sighting Whizzed Off So Fast Round Rock Texas

This has been one of the best UFO sightings to have happened in a while because it's what it did at the end of the video by accelerating away fast.

Lot's of witnesses see a bright object in the sky, that whizzed off leaving eye witnesses all over the local area stunned just yesterday 2nd September 2022 and it's the most unbelievable UFO sighting ever.

This is actually very impressive stuff, firstly it's believable because of all the witnesses to this and filmed from a few different locations around Cat Hallow, Bushy Creek in Round Rock in Texas, US. 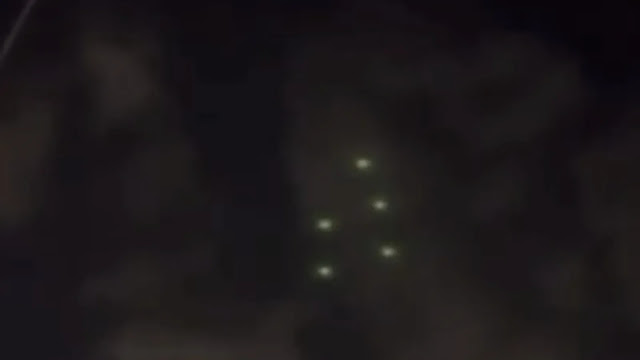 The acceleration of it is astounding and it's ample enough evidence of Extraterrestrial craft's operating here on Earth.
Drones of ET surveying humanity. Look that's just me saying that, it's my own opinion and you can take it or leave it. But from what I've read, watched, seen for myself over the years and I've listened to the eye witnesses being interviewed by experts. We've sent out drones called Voyager 1 and Voyager 2 to survey and communicate back with us.

"In real life when you see it, it's a lot brighter than it actually is," said Kyle Gomez.

So why not another species just with different technology looking for Aliens? It seems perfectly reasonable and sensible to assume it because it's exactly what we've done! This UFO sightings only happened yesterday, that's how fast this whole story is moving. The local news outlets was all over this one as you'd expect because it's been filmed from a few angles just like the Jerusalem UFO sightings had multiple UFO video footage all showing us the UFO shoot upwards.

Emily White says she and a friend were near Brushy Creek, close to Cedar Park, at the time. They also recorded a video clip of the lights.

"It was mesmerizing, honestly. It was so silent because if it was one light, then I would have maybe thought, ‘Oh, a helicopter, a plane, something like that.' But like there was so many of them together," said White.

This is a thought provoking UFO sighting because it's been investigated by the local Texas Fox7austin news team which as you know is Texas in Austin, USA. The news networks, other UFO researcher's, UFO documentors and of course armchair sleuth's which actually did most of the work by tracking down the eye witnesses and there was a few of them. It was filmed from a few different locations and when this UFO sighting with multiple light's on the underside of it the "I wanna say craft" just took off like a bat out of hell and that's literally!

White was asked if she wondered if she was having a close encounter.

"I'll be honest, kind of. I don't know if I believe in all that, but, I don't know. Maybe, I hear a lot of it in like America that that kind of things happens. I think it's just because of like it didn't make any noise at all, which I just thought was really odd. But, yeah, definitely, definitely felt like it was like the alien invasion or something on the way," said White.

It's only just happened Thursday, just over 24hrs ago and guy's it's not everyday that you are going to see this type of craft and  I'm sticking with the word craft because that's what it is.

It took off fast, the G forces that the craft did in the acceleration alone must of been "soul destroying for humans" so for me, that rules out the human beings crating this scenario. Why would humans create a craft it can't fly? It might be an unmanned aerial vehicle possibly, but we don't possess any technology that's this big, and that's a sizable chunk of real estate up there in the sky! It ain't no little chicken let me tell you now. And the way that thing took off leaves me to believe that we're seeing something that maybes only the Government forces have ever witnessed before? In their own words, they've had hundreds of pilot's come forward with information about other UAPs + UFOs and I suppose that was a bit leading us down a trail because I for one just took that to mean the Tic Tac shaped UFOs, right...

When probably it means all types of different craft's, shapes of UFOs and the likes. Because thinking about it logically guy's, there's no way that all the pilot sightings can be of the Tic Tac UFO, can they? There has to be a variety of sources. Triangle shaped UFOs for starters! Then there's the Orbs, obviously. But what about all the Cigar shape UFO sightings?

The mind boggles at the possibility of life in the universe being everywhere and it's just distance that seperates us like vast emptiness, the only blackness of deep, deep then deeper still vast oceans of nothing seperating us. But it's space, the vast emptiness means nothing to it, there could be 20 thousand planet's out there all with life on them but trillions and trillions and trillions of light years seperating us.

It's all just about distances really. That's my own personal opinion and feeling about this. Life exists in the universe, and maybe that's why we sent Voyager 1 and Voyager 2 just like other lifeforms have sent their version of Voyager 1 and Voyager 2 in the form of Tic Tac shaped UFOs which have far more sophisticated to echnology on board and it hides itself at will in Infrared. It makes sense and that's because it's only exactly what we have done with the technical knowledge available at the time. We sent drones out or "satellites" as the scientific community likes to call it. But they're drones and were able to communicate with them still. They're interstellar now.

The UFO sighting here that happened over Round Rock area in Texas in the awesome US of A literally (if it's real) is signalling that Extraterrestrials are gonna be declassified and declared to humanity. There's multiple eye witnesses on this single story coming from what looks like different areas around round Rock. 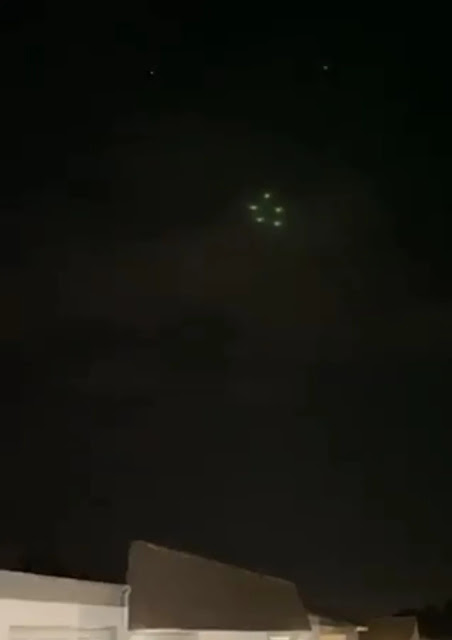 The news media outlets interviewing the eye witnesses really did a good job in such a short space of time. To round up the sightings in such a quick manner is awesome. Why the heck does it take MUFON months even years! I have my own opinions on this. That really begs the question because they charge you to research UFO sighting's on their website. If you submit a UFO report to MUFON, then 20 mins later you want to go see it, you've got to be a subscriber!

Based on this one journalist having bagged, tagged and delivered it all, and all of it in 24hrs! Video, news article, references, reports, summaries etc.

We still don’t know what was seen over Round Rock, Texas, on the night of September 1st, 2022, according to local news sources … what do you think this video shows? Thanks for looking into this story @WalkerATX #ufo #ufos #ufotwitter #uap #uaptwitter #ufosighting #ufosightings pic.twitter.com/CJ15ZQ387o