The Most Impressive UFO Sighting Over Mexico In The Cloud's

Mexico is without any doubt the UFO sighting hotspot of the world! South American UFO sightings. UFO sighting over Mexican airspace look's real to me.

Here's the most Alien looking UFO sighting over South America that I've seen in a very long time.

Look at the very exact shape that we see briefly which is in a 3 dot triangle shape. It's brief, but it's definitely visible. 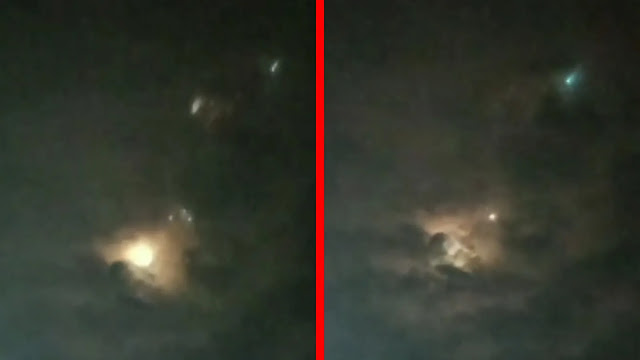 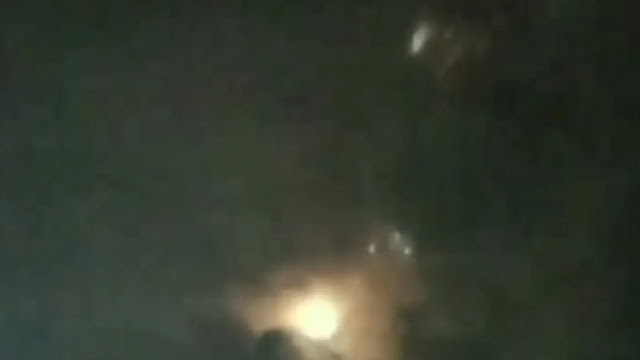 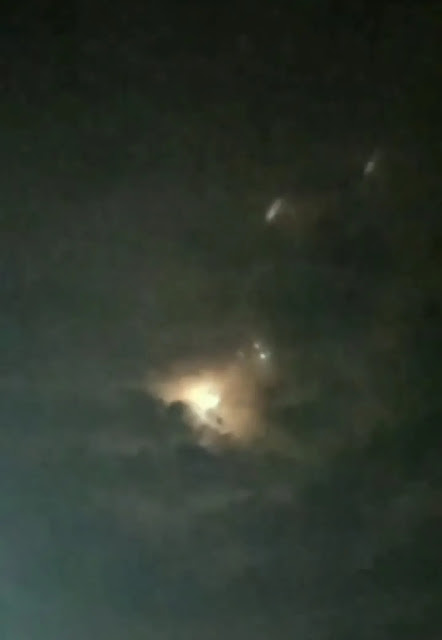 It does have the look of a meteorite but because it's coming in to the atmosphere as different pieces, but the it inexplicably turns back into one amazing ball of light.
All this is trailing behind the main ball of light as well. If only these annoying blooming cloud's weren't there we'd have a great view of this UFO!

Recently there's been some amazing UFO sightings over South America and I've been sent a fair few of these. In the next week or so I'll be adding post's here that's probably some of the best I've ever posted! Those cloud's are really bugging me but it's happened and there's nothing that we can do about it.

South American countries like Mexico are real "beacons" for UFO hotspots. Some of the most unimaginable unbelievable jaw dropping UFO sightings have happened over Mexico but on the flip side of this, it's also a country that has a lot of hoaxes.

But, like this specific UFO sighting there's just no way that it's been deliberately hoaxed! I'm going out on a limb and saying that but look at it, there's no way that someone can put Jumbo Jet sized UFOs with sub-ufos trailing behind it. It's not like people have access to a magicians wand or something else entirely like that?

They could try "Abbaracadabra" I suppose but even that won't work, unless your called Merlin and you've got link's in the Magician's circle? Lol.

You know, when I first started looking into UFO sightings and before I was writing about UFOs definitely, I did think from time to time about UFO disclosure and what it'd likely look like or what it'd take for the government's of the world to accept it? I remember thinking it'll be something big, like huge.

UFO disclosure isn't a small thing, it's history changing, historic in every sense of the word. There's no going back once a Government has accepted UFOs are real. That's why I used to think that it's a got to be a mind blowing event...

It's a good excercise in "don't over think it" and I suppose that the hype was a lot bigger than the facts? We've had UAP disclosure which is UFO disclosure but what actually happened for the Government's of the world to get on board?

3 videos was released by Luis Elizondo.

We know what we're looking for now don't we, Tic Tac shaped UFOs and white UFO Orbs. Trans Medium Objects ie sea, air and space. That's how they've categorised by the US Government security services. We've got Infrared cameras around the world filming constantly in all manner of weather and obviously day and night isn't a thing as it's Infrared. That's a very good place to start.

But do we have the resources to make it happen?

Firstly it's a huge undertaking to have people go out and check these cameras and even if it was all online there's a small matter of privacy concerns. Nobody has that type of authority to go snooping around people's cameras looking for "UFOs" lol. Yes, I am well aware of how ludicrous it sounds but I'm just highlighting what it would take to do a thorough job in going through historic resources looking for UFOs, particularly the ones that we now know are real.

Looking through historic UFOs for the ones that we now know are real! OMG that's awesome!

We got there guy's, we actually blooming got there! I really didn't think it was ever going to happen. I used to get deflated, rocked by doubt and I even asked myself on more than one occasion "what the hell am I doing?" Especially just after ridicule. That's when I really used to doubt everything, I'd be on the verge of packing it all in. "Get a real job, as they used to say" and that happened over and over again on numerous occasions. But you know what, not so much now!

I think that the only people who try to even hint at it (UFOs) not been real are the truly disassociated, unconcerned people who have never even considered UFOs or even had a conversation about UFOs "in their lives." Because most people are aware of the recent Ufology disclosure or UAP disclosure as it's officially known as now!

Guy's if you have any thoughts on this or any opinions, please share it with us in the comments section below, cheers. Also please share this post, thanks.