The Weird Light's Are Back Again Over San Diego

Two ladies have just posted to Twitter that the weird light's are back over San Diego Bay CA USA. And right enough, there they are. Excellent UFOs.

Here we go again, round 2 of the Sandee UFO sightings are most certainly underway "again."

There's a lot of recent UFO sighting's that has been reported going on here again as recently as September the 19th just a few days ago. 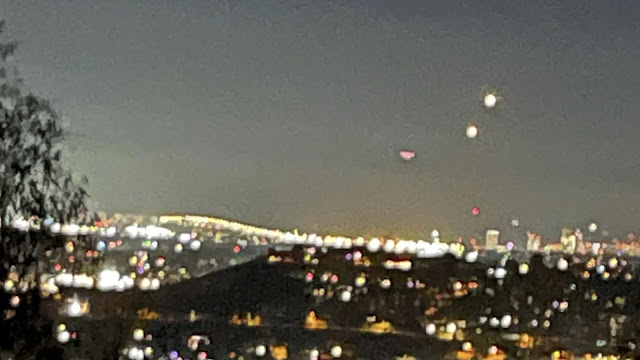 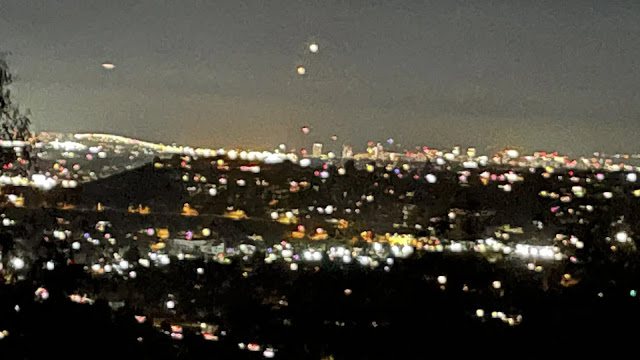 The UFOs are back over San Diego Bay CA USA.

The last time before that was just a couple of months ago in July 2022, here's the link to that sighting which I covered.

One Twitter user actually posted "The weird light's are back over San Diego Bay." I'll be embedding her (Sophia's & Deb Root-White's) Twitter posts below, because these ladies had the presence of mind to help Ufology quite a bit and they've actually posted some amazing UFO photo's and a UFO video itself (below) of the scene which I assume was unfolding right in front of them both?

That's a great first hand experience or eye witness statement, it doesn't matter how we look at it, it's been witnessed and recoded for posterity or history (whichever comes first lol) and that's a fact.

Another UFO eye witness over San Diego Bay was Sophia (Twitter name) who actually posted a video of the UFO event which is awesome. Here's Sophia's tweet:

Anyone else seeing the strange lights in san diego rn?

So, we've got multiple eye witnesses that have taken to social media platforms to give their "as it was happening testimonials" and we can't ask for anything else as that's a fantastic piece of history. When we have full disclosure (not just UFO disclosure) like full Extraterrestrial life exists disclosur, you can guarantee that all this, all the UFO sightings that has ever happened or taken place on Earth will be under scrutiny "big time" because Alien's existing will be bigger than the invention of the wheel.

Dare I say it but when we have full Extraterrestrial life exists disclosure, it will be as big as Christianity.

Anyhoo, getting back to the San Diego Bay UFO sighting, here's the extraordinary evidence as presented by YouTube people on Twitter.

anyone else seeing the strange lights in san diego rn? pic.twitter.com/l2dLNp7bkP

The weird lights are back!! Over San Diego Bay!! pic.twitter.com/C61oDZMbiU