UFO Sighting Over The Moon And A Tubular Shaped UFO

The world has been inundated with UFOs of all shapes and colours with their sizes having changed to a lot larger ones over time.

To be honest with you, there's a solid foundation of UFOs in the Orbs category but im talking about thousands of them, for some unknown reason. 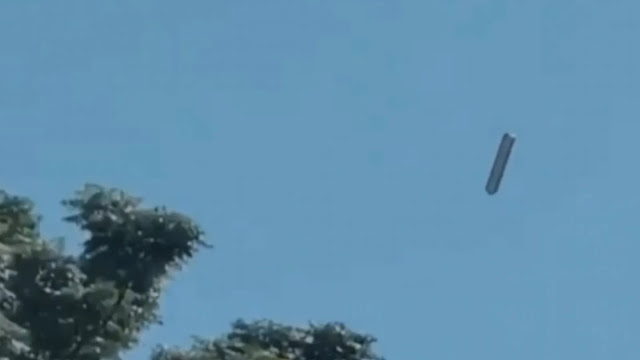 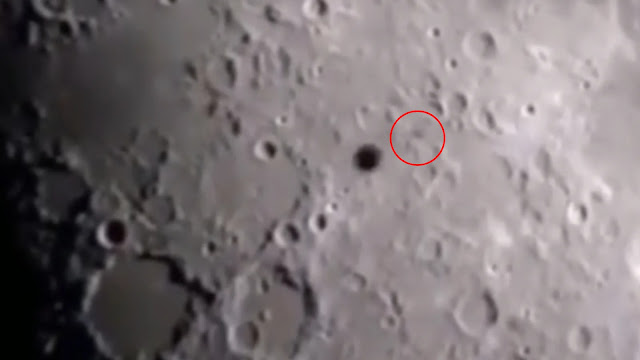 I've speculated that these UFOs are surveillance drones when I wrote a post and showed a massive cluster of UFO Orbs in a "super cluster formation", passing by the International Space Station.

Cameras caught a load of what can only be described as cluster formations of hundreds of UFOs in the shape of Orbs. They was also in the typical colour and that's a white illumination. These have subsequently been filmed all over the world.

At one point I was being sent at least 3 of these UFO Orbs sighting videos every single day! It's a hard sell let me tell you because it's probably the most boring UFO sighting that there is. At the time of filming this "Unidentified Flying Object" people are so excited but then everytime I have posted these nobody get's excited or interacts with questions or comments.

It seems that the more a UFO is detailed and moving preferably during the day time, these are the ones with the more comments and the one's that people genuinely get interested in. I can only put it down to personal preference or the more details on a UFO, the more people have to talk about, right? It makes complete sense because if you put a tiny white dot (exactly like a star) in the night time sky side by side with a UFO that has sides, a light, protrusions sticking out and maybe a different colour on it's underside. Then perhaps people have got a lot more to talk about?

Seriously, it makes sense to me. But at the time of filming a tiny white dot in the night time sky, it's exhilarating and so exciting. But then it's shared through social media platforms and people are used to seeing or searching for "UFO craft's" like UFOs with Bell's and whistles. The small white dot UFO pales in comparison.

The Moon UFO in this video's beginning is absolutely amazing. It startles the witness as he's filming this UFO using a telescope with a camera mounted to it. It's either a Disk UFO or it's a Orb sphere type of UFO but whatever it is, it's huge because it's a truly large black round shadow that it's casting over the Moon.

The second UFO sighting in this amazing and probably unique UFO video is of a cylindrical shape UFO. It's a tube UFO sighting over São Paulo in Brazil. The person who is filming this UFO is definitely doing so but from a car driving down a highway.

I cannot see any propulsion systems on or in this UFO sighting. If it was a remotely controlled drone then yes it would almost certainly have a propeller type of set up on or around the outside of the UFO. There's just no way of controlling it's flightpath or ascending and descending and turning it's direction is also out of the question!

Basically I believe that we're looking at something that is bizarre, but is it a real, genuine UFO I don't know? Just like the first one though, it's got no information with it, it's a take it or leave it scenario?

I believe that it's been filmed between 2019 and now, 2022. The Cylinder type of UFO was uploaded to UFOs.daily Instagram page recently and it was initially shared by ri_galindo Instagram account. We're looking at private accounts so the information is scarce at best.

However it exists and just like the Moon's surface UFO it exists and that's a good thing. UFO researchers have the chance to document it, reference the original sources and at least give our contemporary explanation and comments plus our "between the lines" opinions!

I believe that the UFO sighting over the Moon has more chance of being a genuine UFO sighting. The cylinder shape UFO sighting over São Paulo in Brazil might be a real UFO video, but is someone flying a Mylar balloon filled with gas that's making it lighter than air and the wind isn't blowing hard?

There's a lot to talk about and I'd appreciate it if you could share your thoughts and opinions on both of these UFO sightings.

I regularly share great UFO sightings footage from the UFOs around the Earth right now! People are filming these every single day. There's definitely people hoaxing some of the UFO sightings but hopefully we'll let time and Extraterrestrial entities disclosure have the last say on these. Let's keep our mind's open and question everything. The truth is out there and one day we will all know that. We've had UAP disclosure, I'm so grateful for that.