Here's such a brilliant UFO sighting over Hertfordshire England UK that completely vanishes at the end. The videos a short one but it's to the point.

Here's a fantastic video showing a UFO flying in the English sky erratically before it suddenly vanishes.

The maneuvres that this UFO was flying are pretty much similar to the airplanes or jet's of the Royal Air Force, but the vanishing part really isn't part of the RAF. 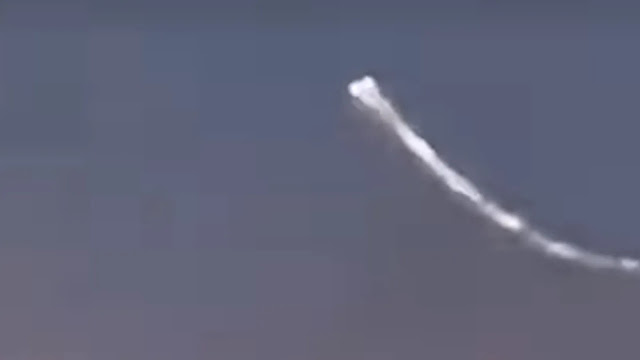 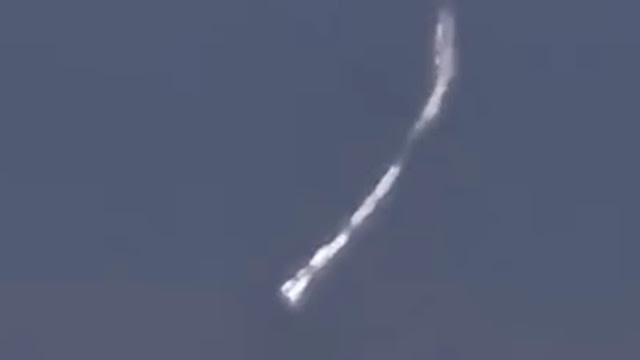 These UFOs are leaving a strange trail behind themselves.

It looks to me like 2 UFOs in the sky flying together and intertwined with each other? If you look closely at it, there's no airplanes creating these, so whatever it is they're either so small that we cannot see it, or it's a very small but powerful UFO?

A FAMILY were left stunned after they claim to have seen a 'UFO' flying through the air.

Sam Gibbons, 39, from Eastry, Kent, filmed the flying object for five minutes while on a walk with his family during a camping trip near Royston, Hertfordshire.

Was it a remotely controlled model mini jet with it's thrusters on full? Was a mini model airplane fitted out with smoke cannons?

We might never know what this UFO sighting actually was over Hertfordshire England UK? But it's still a fantastic UFO show nonetheless. See, we have to look at the usual suspects ie the drones, RC mini scal models, the kites, balloons etc.

Looking into terrestrial objects and craft's must come first right, but then we definitely need to move onto the unknown or paranormal phenomena. Then Extraterrestrial craft's because I suppose it's way to easy to just say it's a UFO and leave it at that without any explanation people will think I mean Aliens straight away!

UAP or Unidentified Aerial Phenomena, without clarification on this it's literally up to us (the public) to blooming decipher what this means? Firstly a quick stop to the library then! Take out the dictionary and look up phenomena!

So I did, and this is what it said, it gave two examples but I think that this first one describes it perfectly:

1. a fact or situation that is observed to exist or happen, especially one whose cause or explanation is in question.

2. a remarkable person or thing.

"the band was a pop phenomenon just for their sales figures alone."

And so, it sounds like we're talking about an actual Physical thing in number 1 and a reference in number 2.

So I'm getting that with UAP disclosure we are 100 percent referring to an actual physical thing! The Tic Tac shaped UFOs.

So, the Government put so much effort into renaming the acronym UFO than actual UFO research which is just like the Government because it's all about how people see things, that's politics right? With the right word's even the Moon landing can seem legitimate.

With the right word's even Area 51 can still remain a secret base, lol.

This UFO sighting over Hertfordshire England is on the whole very similar to a plane that's using a smoke flare leaving a trail, but even this family can see that there's no plane! That's why they're filming it calling it a UFO in the title.

Please can you share this post, thanks. Also if you have any thoughts or opinions on this, can you share it with us in the comments section below, cheers.