Video Of The Same Enormous UFO Over Public Highway

The eye witness is filming this UFO sighting from the car window. It's a truly strange sight to look out the window and see this huge UFO craft.

This is in public but it's hiding inside of the cloud's so no wonder it's been filmed by different people.

At first I thought that it looked just like a black trash bag, liner but it's definitely to big for that. 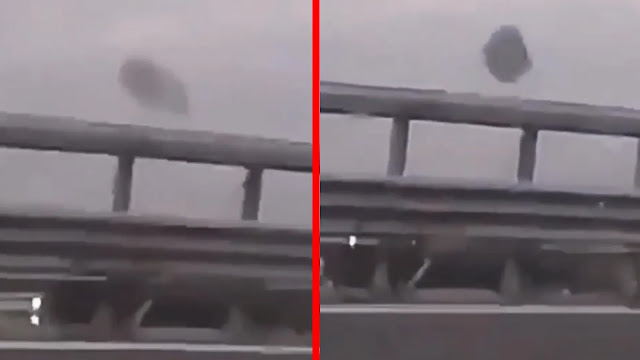 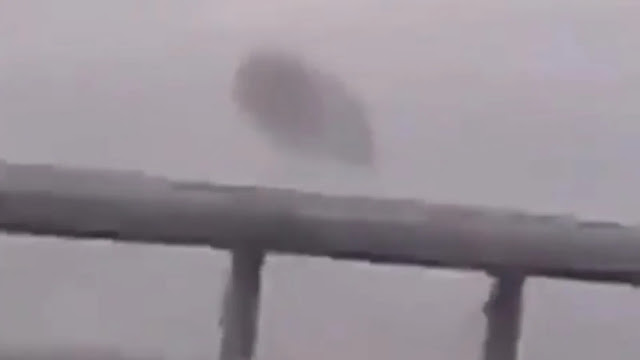 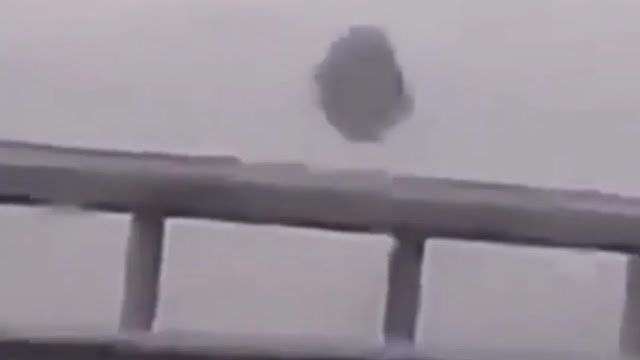 So, here's the extraordinary evidence of Extraterrestrial life or is it brilliant man made craft... It could be a good stage prop or an unknown object...

You decide what it is, here's my thoughts:

It's a lot like a kite but there's no wind hence the build up of fog. If  there was any wind at all this fog that we're all seeing couldn't ever form.

So, what do I think about it?

I definitely think it is a real UFO sighting actually filmed live and that the person who is filming this is probably filming something that they're not connected to. Are they duped into filming a hoaxed UFO sighting, possibly.

But it looks to big, to complicated and difficult.

The fog can't be faked that's just not possible unless there's a film company underneath the what looks like bridge and they're filming a scary fog monster?

But, that's highly precise without anything to back that up lol.

Okay, I'm throwing the UFO researcher handbook out the window and I'm going with it been a scary fog machine, I mean monster.

It's been a slow day today, I've not had the usual UFO sightings reported and I'll admit that I can only report so many white dot UFOs in the night sky. Seriously, everyone is filming these tiny white dot UFOs and I totally understand that at the time it's an exciting UFO sighting. But after 150 of these in 3 months, I can report back to the public that nobody watches the videos.

I post them because people report them, but nobody bothers with them. They've been saturated, there's nothing interesting about a white dot slowly moving in the night sky. Look, I'm just been real with you, people have weaned themselves off the white dot UFOs.

Now this, this "during the day huge anomalous UFO sighting" filmed from a car is definitely enough to get people excited! There's no comparison whatsoever.

People are picky, what can I say?

There's a few things about this one which is a bit different from the UFO sightings that keeps on cropping up. The UFO is definitely in the fog just behind the railings of the bridge. You can recreate that in the Photoshop rendering but this, this looks to real.

It was uploaded to Instagram by ufo_1907 which has some really good UFO vids. Nearly as good as the one's I've uploaded to my Instagram account. I've managed to gain 183K following on Instagram, come over and check it out.

If you have any thoughts or opinions on this, please share it with us in the comments section below, cheers. Also please share this post, thanks.