Here's a fantastic video showing a UFO sighting in the shape of a triangle. It looks like 3 UFO Orbs but could be just one UFO sighting.

This was filmed from the window of an apartment in Ontario Canada which shows us a truly strange UFO.

Is this a "3 UFO Orb sighting" or just the one strange and bizarre looking triangle symbol shapeed UFO over Ontario in Canada? 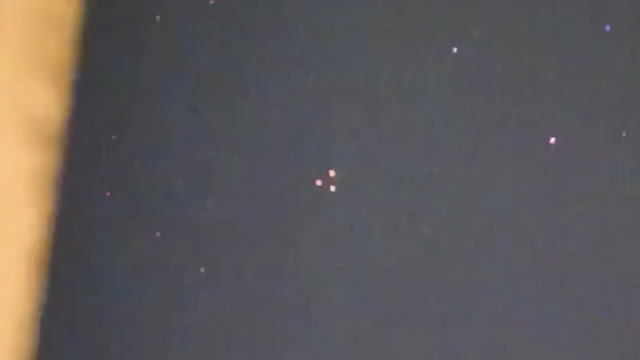 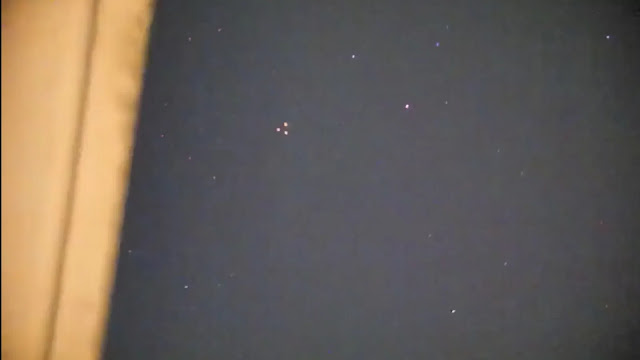 No matter what we have here, or actually no matter which catagory that we put this unusual UFO into it's got to be said that it's a truly real UFO sighting from the beginning to end even if it's a short video.
There's 3 red lights (in itself is a bit strange) and it's flying around the same height as the cloud's "not to high, not to low - just right. If it's a deliberate act to maximise the cover that the cloud's can provide, it's failed miserably as we can clearly see it! But it's up for debate as to it been a triple UFO sighting which I'm beginning to think it is. because while it's only possible, it's still only a guess.

Ontario, Canada is fast becoming a hotbed of UFO sighting's and I ought know because it's literally my job to be aware of who, what, when and where these UFOs are coming from. It's easy to sum it up in them few words but if we add them to any story it really becomes alive.

We can't be sure as to the origins of this UFO but if we had control of the many satellites around the world that's constantly recording then we'd "simply rewind the tapes" and it'd be a great day for Ufology.

This video was uploaded to Instagram by Ufologopedroramirez. There's a few places online which have become the largest online archive's of UFO sightings and Instagram is but one of them.

Ontario in Canada, why is it seeing more UFO sightings and what's attracting them if that's the case? It's either a place of interest for ET or there's a man made purpose at work here which obviously we'd not be aware of? It could be a simple thing like there's a military base there which could be flying these very common unmanned drones from it?

Is there people pranking onlooker's by flying drones over the city with the hopes that someone will film it and upload it to the internet? We just don't know what to believe or make of it?

October 3, 2022. This was captured in Ontario, Canada; a third object at great speed is attached in the sky to a triangular formation along with two other objects... It's time to believe.

That's why the US Government getting involved with the UAP disclosure by releasing the UAP videos, they have given us one thing that can't be denied and that's UFOs are real.