3 UFOs Flying Up And Over The Moon's Surface

There's 3 UFOs flying up and over the Moon's surface in this amateur astronomers telescope video. It literally blows me away what's out there.

This is no fake UFO sighting taken from over the Moon's surface and what's more is the shadows that these UFOs are casting.

I've mentioned about the shadows that these UFOs are casting look very real to me. 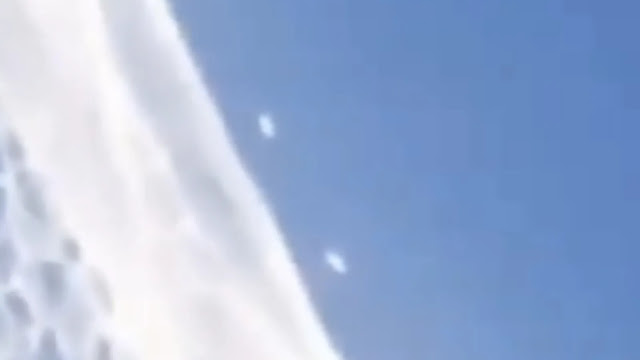 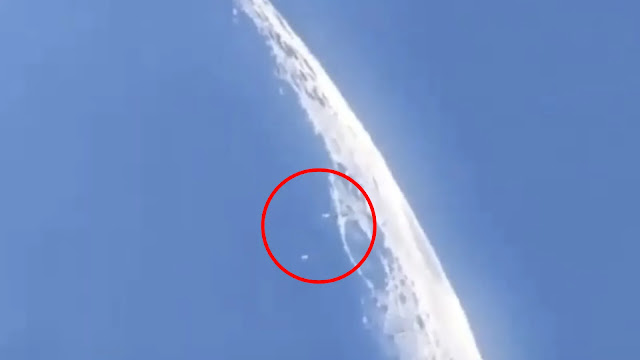 There's always something going on in to do with UFOs.

Because of the look, they're being cast over uneven surfaces on the Lunar surface and it looks genuinely how it should look? I genuinely don't think, that this can be duplicated in any digital artwork editor like Photoshop or Adobe whatsoever!

I only use Canva to resize images or to add a red circle around a UFO to highlight where the UFO is, and that's the height of my knowledge of photo editors. And I've just realised that Adobe is Photoshop lol. There's also the mist in the Earth's atmosphere which I don't think it's gonna be able to replicate easily or replicated and look real.

If there is anyone out there reading this and you would know how to fake something like this, please share your experiences with us because I don't think that this can be digitally recreated (not to this degree) but I'm sure some can try to, but they'd never get it looking perfect whereas this UFO sighting is spot on and that's probably because it actually happened.

The UFOs rise up from behind the Moon's crest and the first 2 that come up and over are then joined by another UFO. The third UFO comes up from the bottom of the screen and was just off the screen. I'm not sure but I think that this video has been cropped? Maybe a name or a news crew name on the bottom has been edited out maybe?

I say that because it's like the center of the screen is nearer the bottom of the screen when it should be in the middle of the screen, right? I know that this was filmed by an amateur astronomer using his own telescope on the 26th March, 2020.

Guy's I have always been fascinated by UFO sighting's because I knew one day that we'd all have UFO disclosure. I can go right back to 2016 when I first started writing about UFOs and back then I was saying "one day the Government will have to give us UFO disclosure" and now look.

The acronym UAP is what the US Government, US Department of Defense DoD has designated as the acronym for UFO. Because they don't feel right calling them UFOs so they decided to change it to UAP!

There's UFOs on the Moon.

There's remnants on the Moon of Alien craft's that we already know about. We've known about this long almost cigar shape UFO on the Moon for a while now.

In fact here's the place in the exact words:

Here's the link to the NASA image.

Anyways, that just proves beyond any and all doubts about there being Extraterrestrial technology on the Moon which is one epic invitation to anyone on Earth that "first come first serve" and whomever get's there first get's all the Alien technology that they can carry home.

The UFOs on the Moon might even be ours that have gone there? It wouldn't surprise me because even Tesla's put a car in space so if he can do that then literally the US Government can do anything. That just stands to reason doesn't it...

Here's that absolutely epic video that was uploaded to Instagram:

If you've got any thoughts or opinions on this video please share it with us in the comments section below, cheers. Also please share this post, thanks.