This is specifically showing a UFO changing shape and it's a bit shaky, but clear. If you see the video you'll know what it means. Real UFO sighting.

I've just got to that point in UFO research or Ufology (whicher you prefer) where I thought I'd seen it all before, then I searched out this UFO sighting over Mexico city 2005.

So, I've just come across this UFO sighting and now I know that I haven't seen it all before - because I'll admit that I thought I'd seen it all. 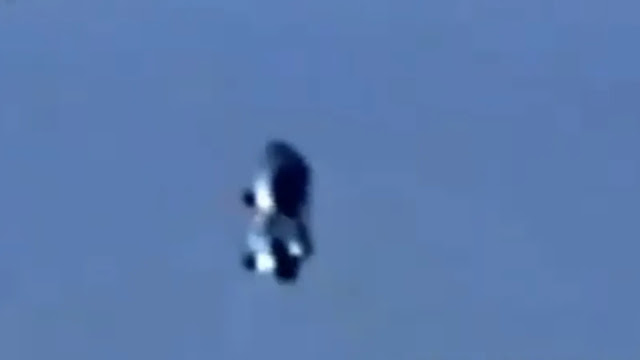 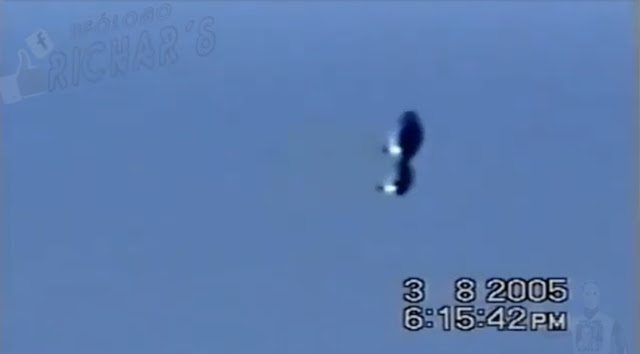 Oh wow, that's awesome! I absolutely don't mind if it's Alien or man made because it's exciting either way.
If it's man made then it's only a matter of time before this kind of technology is available to everyone. But on the other hand if it's Extraterrestrial in origin then it goes without saying what implications for mankind that this will have - once it's captured and took to pieces? So yeah, I'm fine either way, whichever way the chip's land, it's gonna be awesome!

This UFO over Mexico city in 2005 is changing shape at the drop of a hat, left right and centre. I mean "what does that in the sky" nowadays and as if it was nothing? It's changed it's shape numerous times in front of our eye's and without losing it's speed or without losing any height and that just can't happen in our reality can it? Is this a real phenomenon of some sort played out before our very eye's because before you start thinking "a phenomenon" I'll direct you remember the UAP videos released by the US Government.

So what do we know for a fact about aerial phenomena? Firstly, it's 100 percent real and instead of anyone rolling their eye's, they now must include the word phenomena in any Ufology research - because it's real.

The Pentagon UFO videos are selected visual recordings of cockpit instrumentation displays from United States Navy fighter jets based aboard aircraft carriers USS Nimitz and USS Theodore Roosevelt in 2004, 2014 and 2015, with additional footage taken by other Navy personnel in 2019. The four grainy, monochromic videos, widely characterized as officially documenting UFOs, have received extensive coverage in the media since 2017.

And that guy's, is one paragraph that I never, ever thought I'd love to see?

Aerial phenomena relates to unimaginable speeds, unimaginable manouveres, incomprehensible craft's creating thrust and executing G force's, flying against the wind while out running Navy Jet's! In fact it would seperate humans from the light in less than a second flat if human beings experienced the same G force's alone!

Also, there's a little thing called "infrared" and we also now know that yes, absolutely there are craft's (not conventional) but craft's that are most certainly lurking in this part of the spectrum! If you looked up now, there could be a craft right there and you wouldn't be able to see it.

an epic UFO sighting first and foremost because it's changed shape multiple times that I can see from the beginning of the video to the very end. I don't know what the hell is going on here because like I said I've never come across this type of UFO sighting before?

It does, I've just watched it again "all 47 seconds of video" and it seems to change at least 3 times! What the hell is it, it even seems like it sprouts wings like the "variable sweep wing jet" or the "swept wing" which is an Air Force jet, but this at first looks like a sci-fi Alien pod from the movie Alien or Cocoon! Then it drastically changed it's shape to that of a swept wing jet, and a kind of Chinese letter almost?

It's actually a full word and not just a single letter as it's the word for "water" and that's a strange thing don't you think?

I'm going to Google Lens the screenshot of the UFO and see what the search results turns up? Google Lens is brilliant for identifying the UFO or where else it's been if someone else has caught it on camera and uploaded it to the internet, we can definitely find it! It's an invaluable new tool.

Here's the absolutely undeniable proof of some really strange goings-on in the atmosphere:

Guy's, that video right there might just be one of the most strangest and bizarre UFO sightings that I've seen in such a long time. I genuinely can't think of a more unique looking UFO sighting, can you?

If you have any thoughts or opinions about this UFO sighting then please share it with us in the comments section below, thanks. Also please can you share this post, cheers.