Witness Followed A Flying Saucer On Motorcycle From Over His Home

The eye witness was texted from a friend and was told about UFO over his home. So the witness followed it on his motorcycle. Is it a real UFO.

This is a huge moment for Ufology in my opinion because if this turn's out to be real, a genuine Alien craft then it's possible impact on history is going to be invaluable, stratospheric probably.

After Extraterrestrial life is confirmed we will be looking at pretty much everything changing. 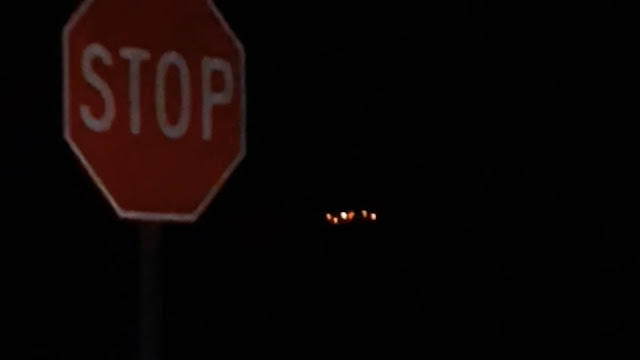 The eye witness chased this UFO sighting when his friend texted him about seeing a UFO over his home so he got on his motorcycle and followed it over Imperial, California US.
Not a lot of people would literally chase a UFO.

"Flying saucer over Imperial, California US followed by witness on his motorcycle."

There'll probably be a "before ET disclosure" and "after ET disclosure." It might look something along the lines of AET or BET (After ET and Before ET). It'll be widely investigated moment in history by everyone that's for damn sure and it's quite possible that our calendar's could restart from the day of Extraterrestrial disclosure onwards. Some people might even insist 9n it based on this event actually happening!

Yes I'm aware of the significance of this because of the religious aspect but if Extraterrestrial life is confirmed and it's so advanced, it's takes away any guess work doesn't it? Because first and foremost religion is 100 percent based on belief! It's all a wee bit far fetched for me and extremely, extremely hard to believe.

But on the other hand Extraterrestrial life brings with it one fundamental question... Is our God their God and why hasn't religion mentioned that there's life elsewhere in the universe?

I choose to believe that Extraterrestrials are real because of the mountains of evidence in the form of video and photo evidence along with the new UAP disclosure.

To actually know for a fact that we're not alone in the universe and that Alien being's are here on Earth...

We're talking mind blowing stuff the likes of which makes every Government nervous. What would the people react like and how would people behave... These are all plausible questions and if the Orson Welles debacle is anything to go by, then there's a slight chance of anarchy and or civil unrest!

But we can handle it, can't we? It's not going to send people over the edge or make people band together for strength in numbers etc with pitchforks lol. It'll just be the biggest story since JC.

And dare I say it, but it's definitely going to be on a par with our own 2 thousand year beginnings. The history of when our own calendar started ie there could be people asking for a totally new A.D and B.C. calendar, a new type of calendar as stated earlier possibly to run side by side with the Christian faith calendar?

What this would look like - is a good question? I can see how important this Extraterrestrial life disclosure is going to be. Because we're talking about the impact of it! The impact on religion for starters, then the impact on history, on science, and most certainly on cohabitation with ET and even interrelationships between the 2 species! 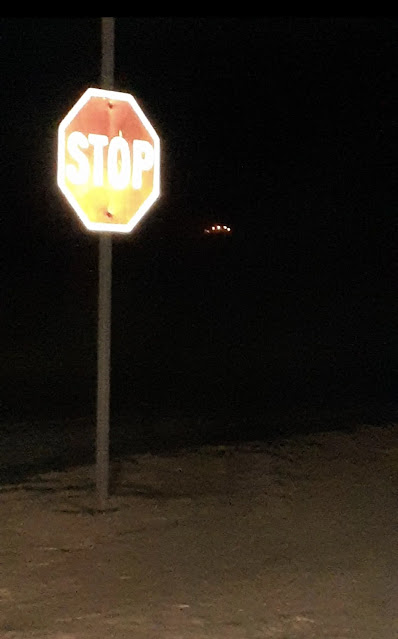 This is going to "all" have to be looked at. Because they've (the US Government) have literally opened Pandora's box with the UAP disclosure and UAP videos. They're UFOs and they're not ours ie they're not human beings.

It implies "strongly" that these craft's the particular Tic Tac shaped UFOs that the US Navy Jet's chased, are of Extraterrestrial origin.

You can almost guarantee that someone will recognize this for the historical value that it will be (it's already recognised) and they'll start a before ET and after ET way of referring to the actual Extraterrestrials date of disclosure!

So yes, there will be calendar's because I will definitely create them. I've written about UFOs and the possibility of Extraterrestrial life for many, many years. This website (the number 1 UFO website in the UK as voted by the public for 3 years running) has been going since 2016 alone and my Facebook page goes way back to 2011.

These videos will be studied by historians, the words and reactions are going to be scrutinized and when you turn on the TV every single channel will be about the Extraterrestrial entities.

I'm not going to rule anything out at this point in time because it's not a clever thing to do, right! We, or should I say everyone needs to keep it in the spotlight otherwise it'll just fade away from memory and the history books. I'll try my hardest to keep it in the public eye.

The normal standard's are that if a UFO sighting occurs and people talk about it and it might be blogged about but then people share it and it fades. But it sometimes stops there or disappears from sight literally. If we keep on letting this happen it's very limiting and it's gonna be devastating for Ufology as a whole because we won't have a record of it and that's totally irresponsible from a research point of view.

Imagine ruling out something only for it to be later on down the line to become a fact. Has that even happened before? Let's think about it, UAP videos or UAP disclosure! The video's which Luis Elizondo released was dismissed outright untill it was brought into the sphere of authority by the US Government! So, we've got a definite standard to which we can compare others on. We can apply this exact same example to many other situations and event's throughout our history and it's embarrassing!

Ruling something out before an investigation is irresponsible and it's almost exclusively done so to cover up facts and point fingers elsewhere.

So, the lot stays in!

This UFO sighting video was sent to me today by email from a kind eye witness called Javier and it only had a few words with this email that literally only stated "the noise you can hear is my motorcycle" and that's!

But, just today (one day later) I'm contacted by Javier (last name redacted) and he's sent me a fantastic review of what he and his Mother saw.

We are talking about 2 hour's of lost time! I'll let Javier explain:

My name is Javier. I live in the outskirts of Imperial, California. It's a small agricultural town about two hours East of San Diego.

On October 5, 2020 a friend of mine text me, "go outside and look above your house". I walked outside and I saw those lights hovering above my back yard about 300 feet in air. Whatever it is that was hovering, it was at least half the size of my house. It made no noise, and all i could see was the lights. It seemed to be stationary. Ran inside grabbed my mother. We went back outside. As we're looking at these lights hovering, another set of smaller lights appears. The smaller one didn't last long at all.

So, I'm on the other side of the street by now. Trying to keep track of these lights which were getting smaller. But I don't remember actually seeing them move. I finally realize that these lights have moved farther away from my house. At least 9 miles away. So I get on my motorcycle to try to go check out what these lights are.

When I got the end of the block, I decided to record this video and try to get a picture also. I record the video, and snap a picture. As soon as I take the picture, these lights are gone. It seemed like they just turned off. I drove to roughly were I seen that it was hovering last. There nothing in that area. Fields, and more fields. Maybe a house or two.

A couple days later, I was looking at the video and noticed it was time stamped around 8 p.m.

When I initially saw these hovering lights. It was around 6 p.m. I know for a fact that I didn't stand outside watching these lights for 2 hours. It couldn't have been more than 10 - 15 minutes from when I noticed these lights to when they turned off. Strange, but I don't remember seeing them move. They were above my house, and then they were about 9 miles away.

I say lights, when talking about this video., because I have no clue what these slowly, flickering lights that were hovering were, end.

As soon as possible after I received the relevant information from Javier I've updated this post today 10th October, 2022.

The light's that we see aren't set to a repeated signals or a repetitive light even. They seem to be random light's blinking?

I will tell you why I believe more than ever before in Extraterrestrial life? Because UAP disclosure happened! But also there's just way to much evidence that shows us that they do exist and not the other way round. UFOs are real so "definitely" I'm not ruling anything out about this UFO sighting. I remember people said about the Tic Tac shaped UFOs that they wasn't real, can you remember that? Then the US Government verified them and these folks just vanished... A bit like a UFO sometimes like to vanish, lol.

Seriously, at one point these Navy pilot's got sacked, they got kicked out of the military service and to add insult to injury it was for mental health issues but labelled different. That's horrendous taking Into account what we now know is the truth and they knew about these Tic Tac shaped UFOs all along. This is what Ufology is up against.

Do you know how many apologies and compensation that the US Government "should be giving out" to compensate for their mishandling of the situation? We might never know the true figure because of these gagging orders. But, I am willing to bet that the figure would be enormous.

Here's the extraordinary and fantastic video showing a Flying Saucer over Imperial, California US.

If you've got any thoughts or opinions on this evidence, please share it with us in the comments section below, cheers. Also please share this post, thanks.