The Strangest Phenomena You'll Ever See

A man and woman eye witness duo filmed a fantastic video showing a UFO that disappeared and reappeared but didn't really show a UFO. It's a UFO.

There's no word's that I can find which explains this unusual looking anomaly which was filmed over Bournemouth in Dorset, UK.

I'll try to find out what it looks like in terms of related searches and what this matches up with visually? 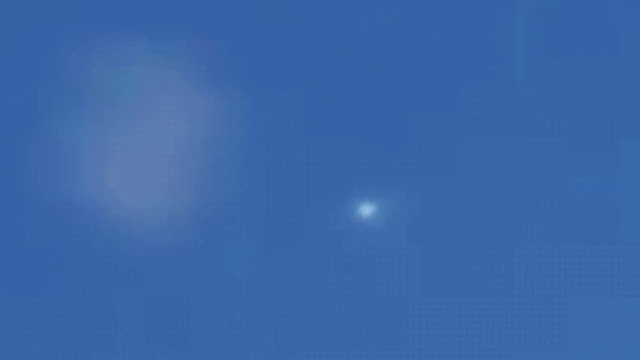 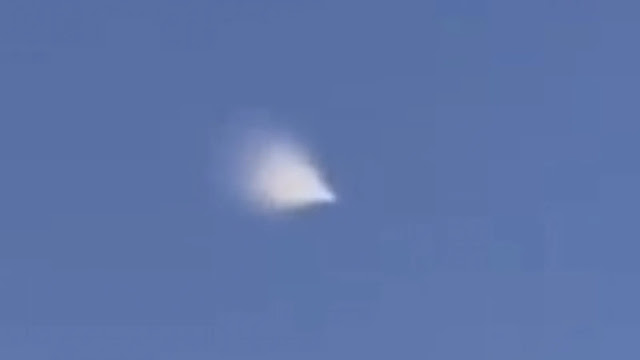 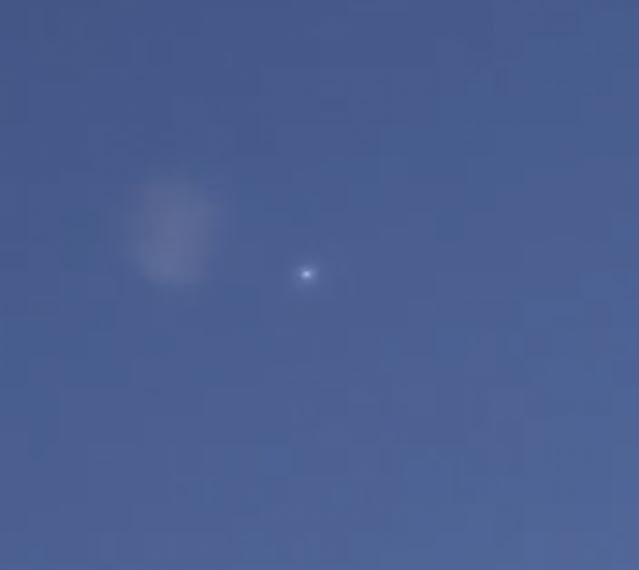 The UFO Orb turned up to the vapour cloud around the halfway point.

I've never seen anything like that before. It's silent, it's definitely getting the eye witnesses excited and a little bit confused because they keep asking each other "what is that" which is exactly what I'd say.

I actually think there is one time that I saw something similar, maybe a bit like this? But like I said earlier I haven't seen anything like this exact thing before. This type of strange sighting probably only happens once in a lifetime?

This one's a totally different kind of anomaly as there is no jet in the video, but what looks like a sonic boom vapour cloud. There's no other craft of object of unknown origin that's in any scene of this particular video. It's just a cloud of something that's slowly evaporating and a UFO appears next to it. That's mental when you think about it and this is most certainly what the letter "P" refers to in the acronym UAP coined by the US Government, US Department of Defense (DoD) and the US Navy.

P is for Phenomena.

What, "if anything" other than a jet could create or even make this type of unusual looking cloud of smoke or gasses? That's where you guys come in with your vast knowledge. It's definitely a phenomenon because it's almost vanishing but reappears and that behaviour applies to nothing in the real world that we know of?

It doesn't follow any known behaviour that we have encountered before...

So, what do we make of this "definitely happened" event? It follows the Jet behaviour to a small degree, it follows a contrail of an airplane "to a certain degree also" but it also follows a UFO sighting event "to another certain degree." But all together in a weird looking event like this, there's literally nothing that follows this pattern?

So, it's a real bona-fide UFO sighting right, it's got to be put into that category until we either have new and or radically different information on what this is? And even the new information does come what's going to change? Nothing will change because unless it's put forward by specific people from specific institution's or agencies it's going to be ignored! That's what they call inequalities and preference treatment and being snubbed or collusion!

New information on this video might not even come from anywhere so it could stay like this forever?

Here's the description of the UFO sighting that I was sent just last night:

Make sure you watch for the UFO that joins the cloud of vapour at around the halfway point.

If you've got any thoughts or opinions on this video then please share it with us in the comments section below, cheers. Also please can you share this post, thanks.

Right, I've just searched the internet and I've found another very similar looking UFO, check this out which was filmed by Craig Levin's over Lake Worth, Florida USA Feb 2021 which was attributed to a missile but it's mainland US so I don't buy it:

There's a lot of similarities between the two UFO videos don't you think? I seriously can't believe that people was attributing the UFO sighting over Lake Worth (West Palm Beach) Florida to a missile! That's mainland America and in what century has there been any missiles fired over the USA and over populated areas for that matter!