This is one of the strangest multiple UFO sightings I've ever seen. There's 3 UFOs flying right next to this plane and right at it. It's a real UFO.

This is the type of UFO sighting that get's someone into Ufology because it's so real looking, it's got quality written all over it and looks like it can't be made up.

The person who is filming this UFO from inside of that small propeller plane "must have thought the propeller fell off" because we see him or her turn around fast trying to keep it in the frame. 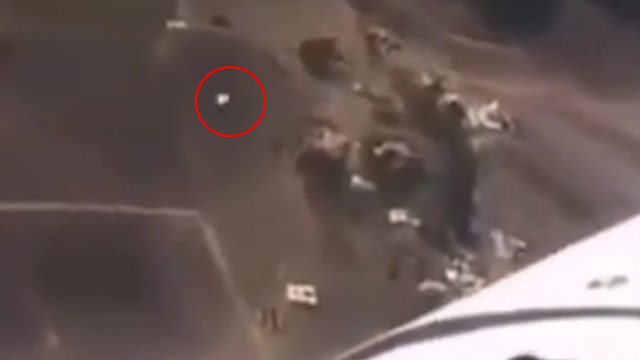 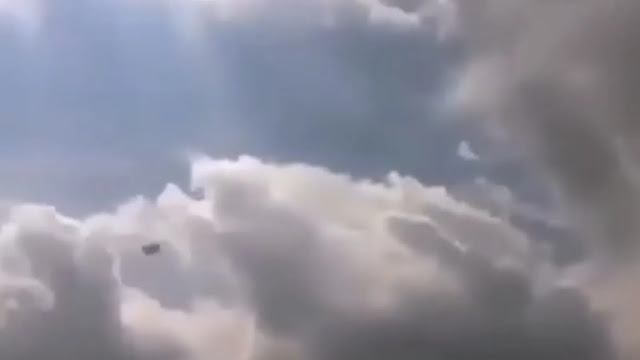 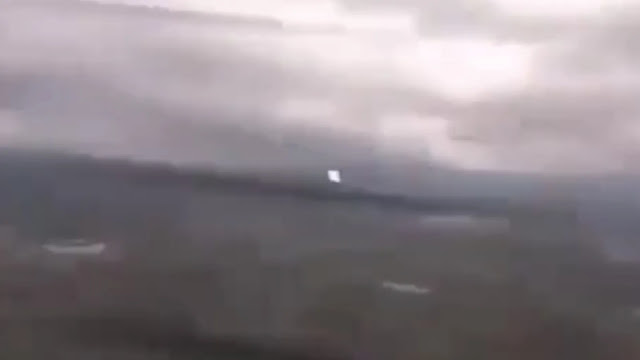 Above, below and straight at the small aircraft!
That's about as good as UFO sightings in the sky and filmed from an airplane gets!

Never say never but the likelihood that it's a hoax is remote. UFOs tend to be a lot lower to the ground than what this is.

The last glowing UFO Orb literally looks like it aimed itself right at the front window of the plane? It's a scary encounter no matter what happened. I'd hate to be in the airplane while that whole event unfolded. Because to me, it really looks like that last UFO Orb was deliberately trying to get a message over to the pilot which was "stop filming" because it's not hard to know if someone is actually filming and whereabouts it's taking place. I've just looked up...

Is there a device to detect a camera?

So, there you have it, you can guarantee that any UFO can 100 percent detect and know for sure if you are filming it! Because if we can, they can.

Because us humans are so primitive in comparison to the technology on display and used by Aliens (if these UFOs or UAPs are anything to go by) then I'm pretty sure that any ET would have a version of the RC camera location and detection kit. They'd probably have an all singing and all dancing version of it. So yeah, they probably could already tell if there was filming going on in that particular airplane and could be trying to send a message to either get a better look or stop filming!

These UFOs are so high up.

That's just another little tell tale sign of a real event actually taking place because I don't think drones go this high up? Hollywood couldn't even recreate that as a genuine looking UFO sighting as this one does? Looking out of the window we can see it coming forward from the because that's why it's focused on it for that second or so.

Blink and you'll miss it, that's just how quickly it passes by the airplane. It passes by the plane underneath it. Can you imagine if this thing actually flew into the airplane flying at that kind of speed? It actually doesn't bare thinking about to be honest.

I did come across 2 of the most amazing UFO sightings footage that was filmed seperatly on different days by different people. But I'm sure that you will agree with me in putting both of these 2 UFOs together in the same post?

If I had a catagory for "real UFO sightings" I'd put them inside of it but I don't so I'm putting them together in this post. I mean, look at these and tell me that these aren't oozing credibility!

The first thing I thought of when I saw the 2nd UFO video was that's flying way to fast for a drone that's got no propellers lol. Because there's no visible means of propulsion, and it's whizzing overhead in such a hurry with no sound, that told me that this could be a possible Trans-medium object?

Able to accelerate at the drop of a hat, a craft that can travel between the sea, the air and space! These are Government coined phrases by the way just like UAP was.

The US Government has got a few determined Senator's on the UAP disclosure case and personally I think that we've never had so much disclosure in like "forever" because something irreversibly changed in the Government's way of thinking... but what, who and why?

Yes we can say it's this or it's that and a good opinion and it's all well and good but I'd like to know for a fact. I'd like to know sure just what changed in the dynamics and was instrumental in that?

There's a lot of people "taking credit" literally self promoting but I get that feeling it's because of someone who doesn't want the limelight? Someone who does not want credit because he/she knows it's their job and that's gratitude enough!

Nobody should get a medal for doing their job (except for Firemen, Coast Guard). Especially not a politician! It's our right to know and nobody deserves a medal for telling us what we should have been in the know from the start! That's just my 10 cents worth.

Here's the extraordinary video which was uploaded to Instagram by my own channel a while ago, I've only just got round to posting about it: