There's a lot going on in the world of Ufology especially after the UAP disclosure. This is a classic Tic Tac shaped UFO sighting. UFOs are real.

It's a truly strange sight seeing a Tic Tac shaped UFO because technically we shouldn't be able to see it.

The whole point of the black and white Tic Tac shaped UFO videos was because they were all filmed in Infrared cameras or Flir ie Flir1. 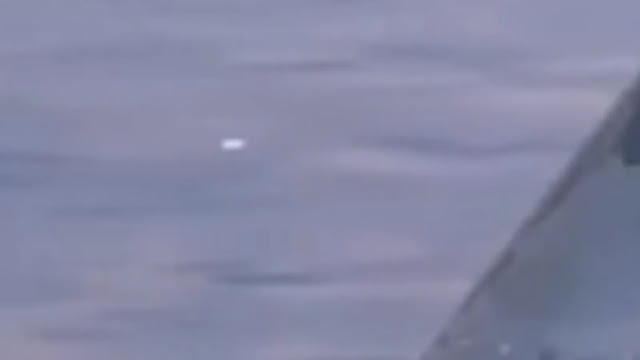 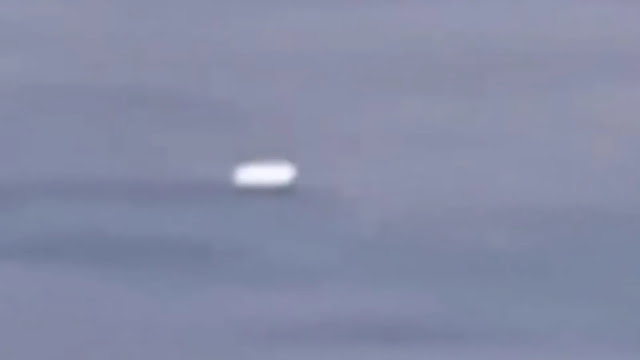 The name Flir1 was given to one of the UAP videos or Forward Looking Infrared cameras because we couldn't see them in normal vision.
Didn't you ever question why all the UAP videos are in black and white? Well, I did. Or at least I looked it up and it's the Infrared part of the video. It makes it look black and white.

This UFO sighting filmed from the window of an airplane was uploaded to Instagram by the ufos_aliens_thetruthisoutthere Instagram channel. There's no information with this as you'd expect because it's hard to know exactly where you are when flying at 20K feet plus? But it exists and that's all that matters.

Anyways, this UFO (I'm going with the tried and tested acronym UFO because the US Government has changed it as they probably don't want to be tied to the acronym that not long ago they criticized and belittled and even made fun of.

God knows not long ago really they was even locking people up. I say not long ago, it was a hundred years ago plus. Putting people in to an asylum for having beliefs and opinions seems really harsh doesn't it?

I'm a big fan of the Tic Tac shaped UFO because of what these officially verified UFOs entail. We're talking about technology which can lift a craft without any visible means of propulsion, but take it from the sea through the atmosphere and into space.

The US Government has recognised this and designated it Trans-medium object's traveling without any drag, endless speeds, manouveres unlike anything else we've ever seen before.

There's more UAP videos but they cannot be released because of national security concerns! And, that's official. Added as an addendum to a last minute change in the NDAA:

U.S. Senator Kirsten Gillibrand is announcing the inclusion of her Unidentified Aerial Phenomena (UAP) amendment in the FY22 NDAA. Today, UAPs pose a significant challenge to our national security, appearing in sensitive U.S. airspace and around military personnel. Gillibrand has been working alongside Senator Marco Rubio (R-FL) and Congressman Ruben Gallego (AZ-07) to establish an office that would replace the current Unidentified Aerial Phenomena Task Force and would have access to Department of Defense (DoD) and Intelligence Community data related to UAPs.

This is all fantastic news and means that there's a real effort being put into place and there's actually thing's happening "at last." But because it's something that we've all known for a long time and having these agencies literally do nothing...

It's hard to take them seriously?

Unfortunately the Government cannot take just a belief as evidence and they definitely can't act on something just because it's a person's belief. Even if it's a case of the public knowing that the US Government has information on UFOs. To justify releasing sensitive information and possibly of national security concerns they definitely need hard facts, hard evidence and they've got that now in droves!

Hence we now have UAP disclosure.

Agencies are at least talking amongst themselves (with each other) and between themselves which is probably the single most important aspect of the whole UAP disclosure movement some would say?

It stands them in good stead moving forward and what they learn here with the UAP movement as a whole they can apply it to other areas within the Government and cooperate a lot better with each other. It's a win win situation! This should have happened a lot earlier on but at least good thing's (great thing's) are coming from UAP disclosure.

Communication between agencies will be key with the new office!

Gillibrand has been working alongside Senator Marco Rubio (R-FL) and Congressman Ruben Gallego (AZ-07) to establish an office that would replace the current Unidentified Aerial Phenomena Task Force and would have access to Department of Defense (DoD) and Intelligence Community data related to UAPs.

Here's the extraordinary but vital ingredients in regards to the whole Unidentified Aerial Phenomena...

The office will be administered jointly between the Secretary of Defense and the Director of National Intelligence it will empower the military and civilian personnel working for the DoD and Intelligence Community to report incidents and information involving UAPs.

That's a quick quote straight from the Gillibrand Senate website.

Here's the extraordinary video which shows us the Tic Tac shaped UAP: