If this Mississippi state UFO sighting is real then it's a fluke because it's definitely got all the hallmarks of it been a fake. Mississippi UFO.

Here's one (not) UFO sighting which is probably man made, it's probably not even advanced aerial technology, so what is it!

This woman's response is priceless because she's a bit confused by it - unless you know. 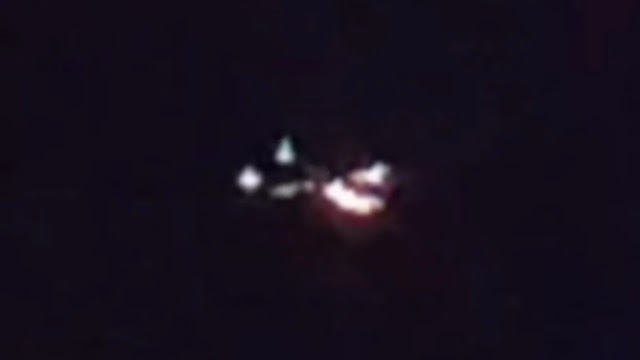 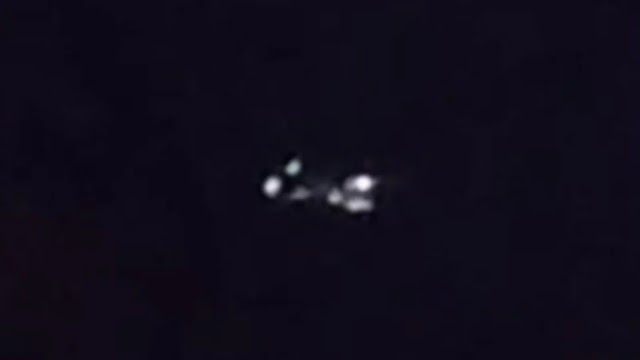 While I must admit that it's an impressive looking "UFO" there's a good chance that it's a drone.
But in the video that Action News 5 did while reporting on this very same UFO sighting (Google Len's linked it) the drone expert say's it's not a drone!
I tried matching this UFO sighting up with the readily available UFO video's online, numerous times this same Action News 5 video was linked to it, I really do think it's one and the same.

I'll admit that in the very beginning of the UFO video I did think to myself "wow, that's an awesome UFO sighting" but then I simply took a screenshot of the pretending UFO at a point where I thought that it shows it all - and I did what I always do...

I simply put it through the Google Len's image search because if it's been posted online before anywhere, I'll be able to see where and in what capacity?

Straight away it came up with a North Mississippi state UFO sighting where a woman insists that she filmed a real UFO sighting...

I genuinely don't doubt that she thought it was real, but has she been duped into into filming this "so-called UFO" because it's the length of the UFO video which is absolutely screaming out "UFO fishing."

Okay so what I mean by that is someone simply kit's out a drone with LEDs, then takes it to an area where nobody will see him (yes it's nearly always a guy) and they fly the drone.

It's normally just flown straight up and away from the place the drone operator is and it's simply allowed to stay motionless in the sky. 5 minutes later the person turns out the drone lights, to make it look like the "UFO" just vanished into thin air (always at night time) and then waits for social media to light up (no pun intended) with a UFO sighting where he is!

Unwittingly though, people will post a UFO sighting video and the drone operator sits on a large man made mushroom 🍄 laughing. They do it because they have no other purpose for the drone? They buy a drone or received it as a gift and have nothing to do with it. So, hoaxing UFO sightings becomes a favourite pastime thing for stupid drone operators!

Sometimes the drone operators have the goggles on with a live camera feed from the actual drone so they're able to search out people and perform air manouveres probably to get their attention? It's attention seeking adults with nothing else better to do with their drones, it's not their fault, it's glandular!

She whistles at it, and this UFO is silent as all that we can hear is the traditional night time noises of traffic.

There's no thud, thud, thud of a typical helicopter engine or the noisy whizzing sound coming from a small, scaled down model of a jet with it's own thruster (typically a hovering Jet) like from the Royal Navy, a Harrier Jump Jet.

So, at the minute I have concern's about the light's! Why would a UFO have light's on it unless it's an attention seeking grown up hoaxing a UFO sighting?

But still, this is a 4 minutes long video that could still be a genuine UFO sighting? I'm being uncharacteristically one sided because normally I would always say that we have to be open minded and can't rule out anything! I'm totally going against my own personal opinions which I've had since I first thought about it, and it making sense to me! Open minded people are usually happier in life as spread across the spectrum of feelings, thought's and expression's - generally it's a really good thing.

It's tried and tested over centuries, probably a lot longer as I'm just trying to make a point that being open minded is good.

So, I'd like to know what you think about it and about these people who intentionally fake UFO sightings? I don't usually dedicate so much time to writing about the people who hoax UFOs but I think we need to talk about it in the hopes of being able to spot more fakes?

It makes sense doesn't it.

I'm saying that this "UFO sighting" is probably a hoax and that someone is faking it but, as above so below right. It can't be proved and it cannot be disproved either so that makes it a 50/50 maybe, maybe not.

Keeping an open mind is good, but the so-called facts about this can also be made up. For instance the place could be made up as it's night time. The time and date could be pencilled in to coinside with a NASA rocket launch or a SpaceX rocket launch just to make it sound more Alien and space like?

Like for instance, a real spate of UFOs might be filmed by people and then someone fakes one a few weeks later and claims it was taken on the same night as the real ones. But they've only just seen it in their videos.

To make it look like they was there and they caught a UFO sighting as well. It's actually really sad because there's a name for it, it's called "injecting themselves into a story" which is what a lot of people do unfortunately. It's related to mental health issues.

They do it to feel like they're a part of something. It's ludicrous beyond words but it happens all the time so staying open minded is a necessity of circumstances otherwise we really don't know what the hell we're backing, right?

I've believed some UFO sighting's in the past but only for some to turn out to be a preplanned stunt!

I hope that this has given you real pause for thought because the more we know how someone could fake a UFO sighting, it will stand us all in good stead when we're making up our own minds on any given UFO sighting?

OLIVE BRANCH, MS (WMC) - As winter weather was being dumped across most of North Mississippi, one woman says she saw much more than just snow — Angela Ashton is convinced she saw a UFO.

Ashton, who is a certified Paranormal Investigator with Cryptic Shadows Paranormal Research, is certain that the object she saw in the sky was extraterrestrial. When she saw the object just after midnight on Thursday, she ran outside to record it.

"It was triangular shaped. It appeared to release smaller objects but it was kind of hard to tell. If that's what it was doing or it additional lights were pulsating around it," said Ashton. "I would say that it's definitely extraterrestrial. I don't know what else it could be."

Here's the extraordiary video which was uploaded to Pinterest:

Guy's I really want to know what you think about these people who are faking UFO sightings! Half of the people who film a UFO are more than likely filming a drone, so what would you think if you filmed a UFO but only for it to turn out to be a drone with people laughing at you? Leave your thoughts in the comments section below, cheers. Also, please share this post, thank you.