This is a very good UFO sighting which was filmed from a telescope and it's captured a huge fleet of UFOs coming from the Moon. It's UFO at it's best.

This has stood the test of time and not a lot of people have actually seen this amazing UFO video.

1.6 million people in 10 years is actually not a lot of people but in terms of UFO enthusiasts looking it up, it is a lot. 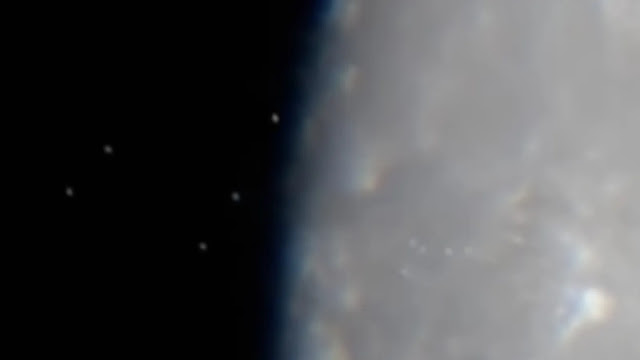 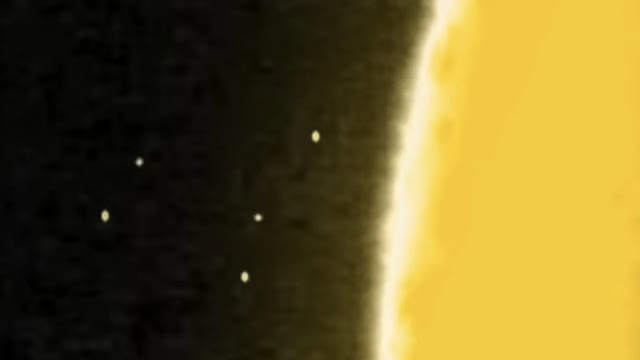 Epic UFO sighting of a fleet of craft's leaving a Moon base, according to the amateur astronomer.

I had to do a lot of searching on YouTube to find this gem quality UFO sighting! I'll always keep looking for them "absolutely amazing UFO sightings" the kind that are irrefutable and undeniable proof of Extraterrestrial life. We know that UFOs are real, but I want to go one step further and link them to ET.

It's only a borough in London (pop 9.5M) if we equal it to how many people that have seen this video. New York city has 8.38 million people as of 2020 so it's a borough of New York city as well, and that's it. So, you could say that in terms of the population of the world, hardly anyone has seen it! It deserves to be seen by a lot more people because it's these telescope UFO sightings that I place (probably) all my trust in them being really filmed live and the UFOs are genuine.

Telescope UFO sightings speak for themselves!

It's hardly any people at all over 10 years since this UFO video was uploaded to YouTube by r3alw0rld YouTube channel. Let's try to get as many people as possible to see this one, seriously I place a lot of my trust in telescope UFO sightings! There's a lot more trust that we can put in amateur astronomers instead of "other's" shall we say! The video starts off with a telescope like view of the Moon and it's definitely a real video and it's definitely filming it live. The guy who is filming this UFO sighting through the telescope is based in England, UK.

Must read description as well:

While filming the moon on september the 15th 2012 with my telescope and Canon EOS 600D I spotted 13 orbs probably starting from a secret Alien moonbase. I edited the raw footage and used different color to get a better look of these objects. The original raw footage you can see here. If you think it's fake just search on YouTube for "UFO starting from moon" or "UFO landing on moon". There are a lot of more proof videos similar to this one. UFO Fleet 2013.

This amateur astronomer has even added the original video which a hoaxer just would not do! This is another reason why I place a lot more faith in telescope UFO sightings.

Here's the extraordinary video which was uploaded to YouTube:

The guy who uploaded the video to YouTube has a Blogger website which you can see here. It's called Best UFO Sighting Ever. It's pretty much just about this whole telescope UFO sighting, but it goes to back up the whole UFO sighting itself which could have bigger implications for Ufology?