Jet With 3 UFOs Flying Right Beside It In Formation

Here's a fantastic video showing a 3 UFO formation that's next to a jet that's been filmed in the sunset sky. It's accepted that it's over the US.

Here's a great video which is only a short one and I've tried to find the original full video but it would seem that it doesn't exist?

I can't find it put it that way, is that a good thing or a bad thing? 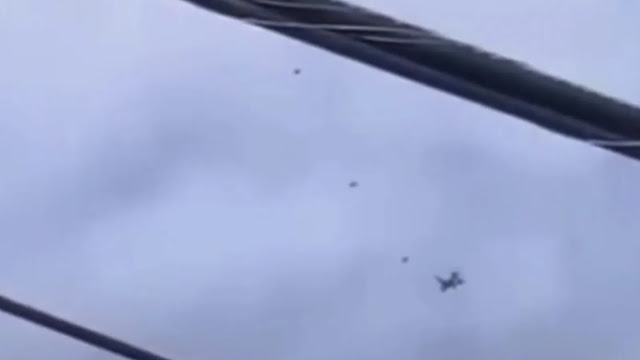 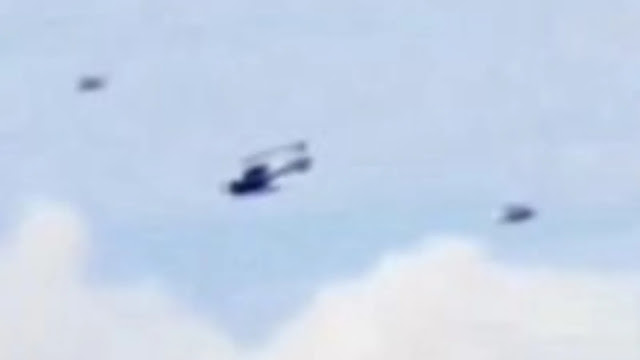 The image directly above is of a helicopter with 2 UFOs right next to it from a Google Len's search as it's similar to the image above it.

No it just means that we need to keep on looking, because I'm sure it's part of a longer video. I could be wrong though.

Instagram is one of those catch 22, micro-blogging platforms because it insists that you should only share part of any given video that you might have? So, that's why I think there's a good possibility of there being a longer version of this UFO sighting video been out there?

So, I've just been looking again and even after scanning the screenshot (above) with Google Len's, it's brought up a lot of very similar UFO sightings footage with UFOs and Jet's plus even helicopters with UFOs but none of them are from the UFO sighting that was originally part of this UFO sighting.

Does that mean that there's no more to this video and was this the whole extent of the UFO sighting? Was it a quick glimpse before the witness either turned away or did the eye witness only realise later on just exactly what was caught on tape?

These all seem plausible once we take into account that if it's not online then either there is no more than what is already uploaded or it could be uploaded to a private YouTube channel or a private Instagram account?

Hopefully one day I can update this post with the rest of the video if it exists? That's why I reshare some post's because there's new information on it.

This UFO sighting video was uploaded to Instagram by ufoi73 account. Say hi if you stop by.

If you have any questions or thoughts on this, please share it with us in the comments section below, cheers. Also please share this post, thanks.