Artificial Structure On The Moon With 3 Turrets

NASA footage shows us a strange curious shape inside of a crater on the Moon. This building like structure shouldn't be there. Is it real or not.

Okay this is not what should be inside of a crater on the Moon and that's just my guess.

There's always something new to be found on the surface of the Moon and in the archive's of NASA. 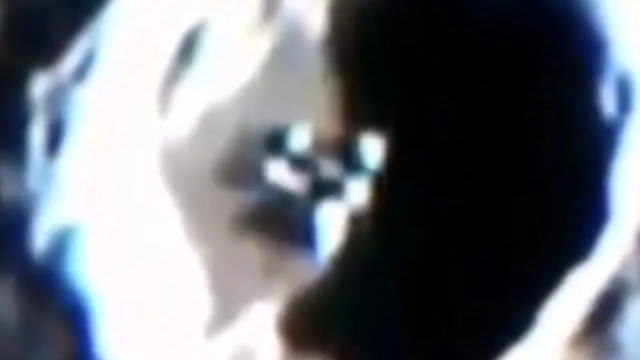 Craters on the Moon don't generally have a structure inside of them that look like buildings?

I mean that because all you need do is look for a few seconds through the NASA media ie the videos or photo's and you'll find something that doesn't look right? Be it on the Moon or on Mars, there's a lot going on that probably shouldn't be there.

In terms of this actually been a real NASA video, I've looked through a lot of NASA archival media and I've not been able to verify it or should I say narrow it down to a specific mission? I've tried to find the origins via NASA's own LRO archive and I believe that it's from the Apollo 8 Mission - if I had to pick one.

It's only because it matches up video wise just like it's easy to know when a particular TV recording is from and date them to specific decades. It's far from scientific or accurate by any stretch of the imagination but it is the Moon, that's for sure. The in's and out's are neither here nor there. It's the Moon, there's a strange thing inside the crater and that's why I'm writing about it.

I'm not an expert in the field of NASA's Lunar Orbiter but what I do have is an opinion "just the same as you." I think it's our duty to point out the stuff that doesn't "match up" or if what the official narrative is doesn't match what we can see we should talk about it. If we see or come across stuff that brings the official stance into question then we mustn't just bury our head, we should question it no matter what, even if it's a minute detail.

If I get it wrong, I genuinely don't worry and start to think "I best be quiet because what will others think" as that's the best way to limit yourself.

That's a strange anomaly on the Moon and it needs pointing out.

And to boot, it's all just my opinion but if you ask me, I'd say for sure that this video is of the Moon.

It's certainly a NASA video which isn't in any real doubt because of the actual Moon close up.

So, what the hell is this structure, who created it and is NASA aware of it? They'd never admit to it anyway because even the US Government, Pentagon etc had to bypass NASA and tell us about UAPs because left to NASA it was never gonna be made public.

NASA was usurped by their own government which tells us that NASA should not be in charge of looking for evidence of Extraterrestrial life in space.

The ISS live feed cameras catch UFOs all the time, they turn the cameras off.

NASA isn't fit to look for UFOs or Extraterrestrial life in my own personal opinion based and a lot of evidence.

There's definitely an artificial intelligence look to this strange crater. Considering that most of the craters on the Moon all go down to a similar depth, there's a lot of debris inside of the crater and it probably shouldn't create anything like that. If a comet hits the Moon's surface, it really should not be leaving something behind that looks almost like a building... It's about as strange as it get's.