Quebec Canada - Family See A UFO That Defies Any Explanation

Here's one of the most bizarre looking UFO sightings footage of recent times over Quebec city in Canada. It was filmed by a family in Quebec 2018.

Here's the most extraordinary video of a UFO that beggars any belief but actually did happen.

It's 2018 and in Quebec Canada, it's a normal day, a normal camera that a normal family is operating. 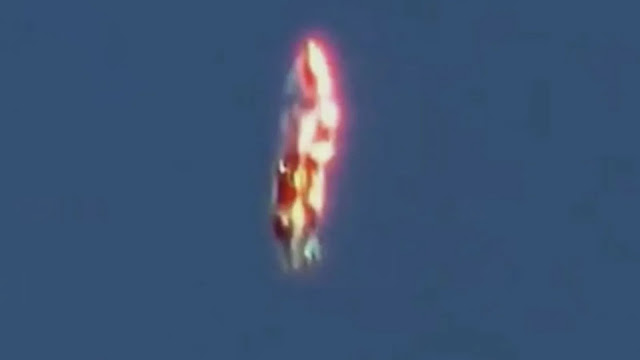 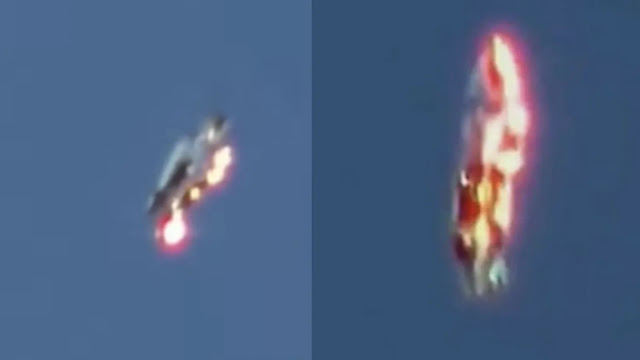 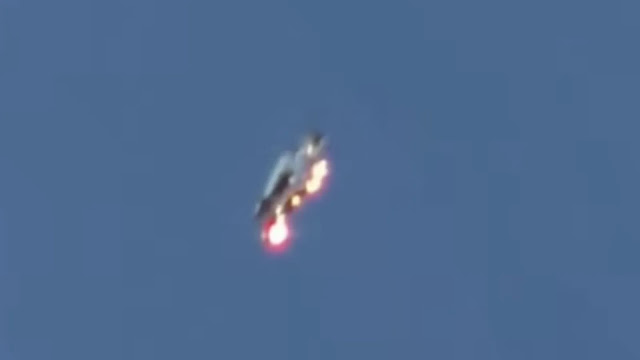 The UFO sighting over Quebec city in Canada looks like it's not only changing shape but it looks like it's either on fire or emitting some sort of energy.
The video has been scrutinized by many expert's and it's definitely a real video.
The father in the video can be heard saying "it's a ship" while his children are gasping and also saying "it changed colour."
Is it a craft burning off fuel as it ascends into space? That's the narrator's question.
Canada actually collects and publishes on a yearly basis all UFO sighting's that it has been reported to.

There's definitely no trickery at hand or something else of that nature. We're looking at probably the first UFO of it's type, a seemingly on fire UFO that's moving deliberately and slowly.

It's almost methodical or deliberately turning as if it's getting a better look at something. Considering that anything of note is downward, it can only be looking down, can't it?

Then it appears to be changing it's very being, it's shape?

What kind of a drone can do that? I've got to mention it because it's not going through the list of possible suspects that this thing could be?

There's a lot of question mark's with this UFO sighting because it's nothing like anything else that we've ever seen. I've been writing about UFOs for years, over a decade and I've never come across anything else like this. Granted I've known about this particular UFO sighting but it's been on my list to look into for awhile. That's how it is with Ufology.

If I was to write about just the UFOs that are appealing, I'd be writing in my 15th decade on Earth!

You've probably come across many UFOs online that caught your attention or that in a world of free time you'd like to know more about? So imagine putting a list together "an endlessly never fulfilled list of amazing UFO sighting's." Well, that's what it's like in my life because I write about UFOs fr a living.

Sci-fi is what some used to call it!

But we now know better as of 2017 but officially in 2020 when the Pentagon released 3 videos which taken aboard the Nimitz and Theodore Roosevelt.

Here's a quick quote from Wikipedia for your own reference and facts:

The Pentagon UFO videos are selected visual recordings of cockpit instrumentation displays from United States Navy fighter jets based aboard aircraft carriers USS Nimitz and USS Theodore Roosevelt in 2004, 2014 and 2015, with additional footage taken by other Navy personnel in 2019. The four grainy, monochromic videos, widely characterized as officially documenting UFOs, have received extensive coverage in the media since 2017. The Pentagon later addressed and officially released the first three videos in 2020, and confirmed the provenance of the leaked 2019 videos in two statements made in 2021.

So, there you go. Your one stop shop for facts, your own personal beliefs on UFOs is key to your understanding of it, but opinions on them been real or not are neither here nor there anymore because UFOs are real, it's a fact!

I absolutely loved it when this all happened because it really did  bring a lot of people's work right out and into the public eye as respectable research and not just blooming sci-fi.

Seriously, once upon a time it was the punchline for a many of jokes or insult's. But a few year's on it's taken on a serious tone by the US Government, The Pentagon etc and NASA's finally getting around to it. It's now a respectable research genre and one in which facts really do matter.

Here's the extraordinary video which shows us a bizarre looking UFO over Quebec Canada: